is it possible for creature to have loose jaw like snake but also has enough bite strength to bit off big chunk like most predator or human do?

I want to create a glutton creature that can open its mouth wider than the prey item like snakes do, but also can bite through that big hard object and even chew it; this creature doesn't swallow prey whole but instead bites or chews the major part of it in a single bite.

I want to know if this is possible and, if so, what the musculature/anatomy/biomechanism looks like.

I feel this is a contradiction, but correct me if I am wrong and this is actually achievable or exists in real life.

Placoderms bore heavy bony armor on the head and neck, often with an unusual joint in the dorsal armor between the head and neck regions; this joint apparently allowed the head to move upwards as the jaw dropped downwards, creating a larger gape.

Feeding mechanics and bite force modelling of the skull of Dunkleosteus terrelli, an ancient apex predator

The central result of this study is that D. terrelli used this unique four-bar linkage in the skull to achieve high speeds during jaw opening and transmit extremely high bite forces to its prey during jaw closing. Dunkleosteus appears to have had a rapid gape expansion, going from closed jaws to peak gape in as little as 20 ms and completing the feeding cycle in 50–60 ms...

Dunkleosteus also had one of the most powerful bites in vertebrate history... These bite forces greatly exceed the bite forces collected for all other fish species that have been reported and those for most modern mammalian predators, including the spotted hyaena... The only reports of higher bite forces are those found in some extremely large alligators and dinosaurs.

Dunks here could gape wide because not only could it swing its jaw down, it could swing its head and upper "teeth" up. It apparently fed like a largemouth bass, creating suction and pulling things in. But the bass stops with that and eats things whole. Dunks pulled things in and then bit them in half with all time historical superbite. Those blade jaws are scary sweet. In a story I wrote the dragon had a head like Dunks.

You can start with a human-type jaw. Then, we introduce an environmental change - something happens so that there's a big advantage in being able to swallow something whole. It can be anything, say a fruit. Somehow this fruit pops out for very little time and there's a race to who eats it first.

Being able to snatch it in a single mouthful becomes a marked advantage, but now the jaw gets stressed. Subluxation of the temporomandibular joint becomes frequent, and therefore, having an easily-fixed mandible is now advantageous.

Very soon in evolutionary terms, the mandible becomes only weakly attached to the cranium, but the masseter muscles develop into a sort of double trapeze: when you bite, first the jaw gets locked securely into place by the longer muscle, then leverage is applied by the shorter, more powerful transversal muscle.

Now you can take large bites, and still chew.

And it turns out that the fruit you eat doesn't get properly digested from the fruit's point of view (the "fruit" is a bribe the plant "pays" to animals so that they will defecate the seeds far and wide. It's fine tuned to attract, or be more visible to, the most useful animals). Seeds swallowed by our guys are less likely to sprout. Fruits partially eaten by other animals get a better chance. Which means that larger fruits have a selective advantage going for them: they don't get eaten whole, and/or get splattered every which way, seeds included.

There's now a selective advantage in having a wider mouth, or a more elastic mandibular joint: you can eat more fruit, of a kind your competitors aren't equipped to snatch away.

An "arms race" starts between the plants that grow larger fruit, and our guys who develop larger mouths.

After some time (waves hands quickly) the upper jaw also gets modified and can be partially extroflected, but now the oesophagus is stressed and the neck must start enlarging and becoming more flexible.

In the end, if everything goes exactly right, you might get something midway between a Great Shark mandible, a snake's jaw and a Xenomorph telescopic dentures. A second set of mobile jaws inside the first, like a snail's radula, can be used to "chew" the captured food so that it can be swallowed more easily.

The "eating" would then consist in our guy fully extending its jaws, until they are wider than its now toad-like head, and engulfing the food, remaining in a quite embarrassing and ridiculous position until the inner jaw "walks" the outer jaw to fully enclose the mouthful and start closing on the other side. Meanwhile, the inner jaw is also worrying at the food, scraping away matter that gets ingested. Finally, the mouthful is completely in, the underjaw fully distended, and our guy sports a large bulge under its chin and neck.

(This is the point where the jaw can become separated into two horizontal halves).

The inner jaw can maybe "rotate" slowly the mouthful to scrape all sides, so that it gets progressively smaller until it can fit in the distended oesophagus and finish its journey in the stomach.

The jaws of sharks are not firmly affixed to the rest of their skulls, allowing them to come down and forward when striking, opening much wider than you'd expect given the position of the mouth on the sharks' head. To help this, their snouts will also hinge upwards to help get it out of the way.

As examples, some comparison photos: 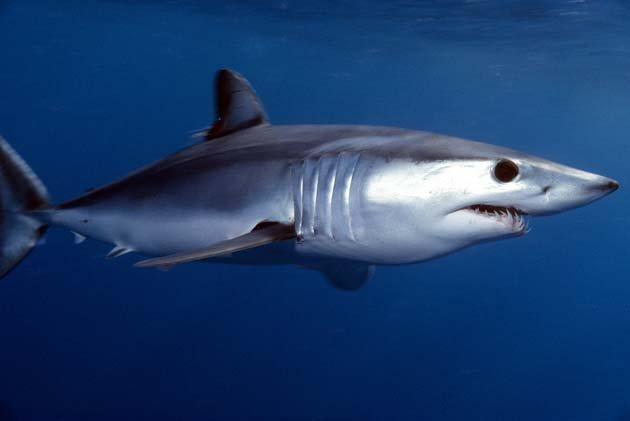 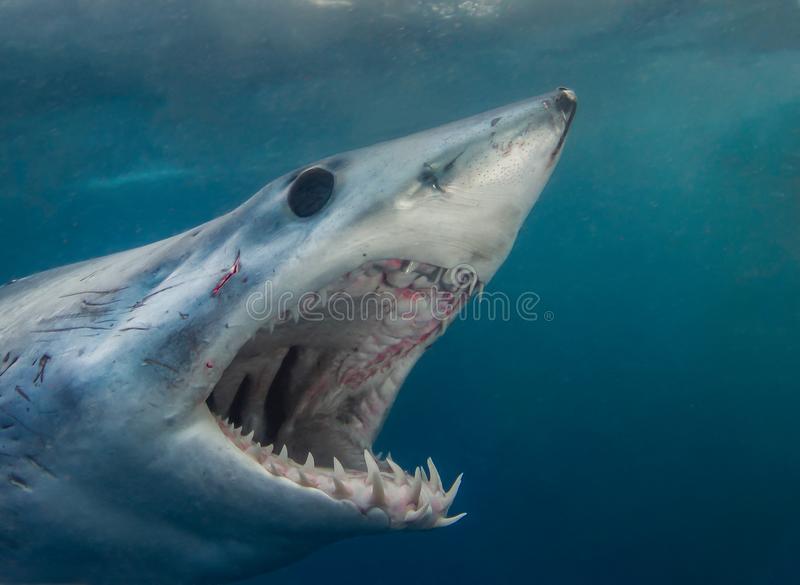 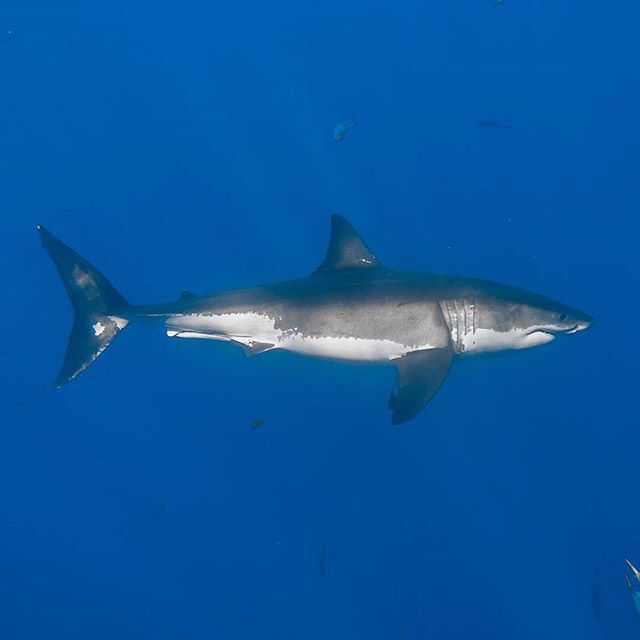 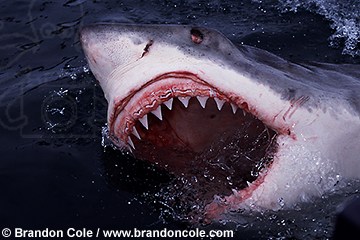 And just to show that the filter-feeders get in on the action, too, Whale shark, mouth closed: 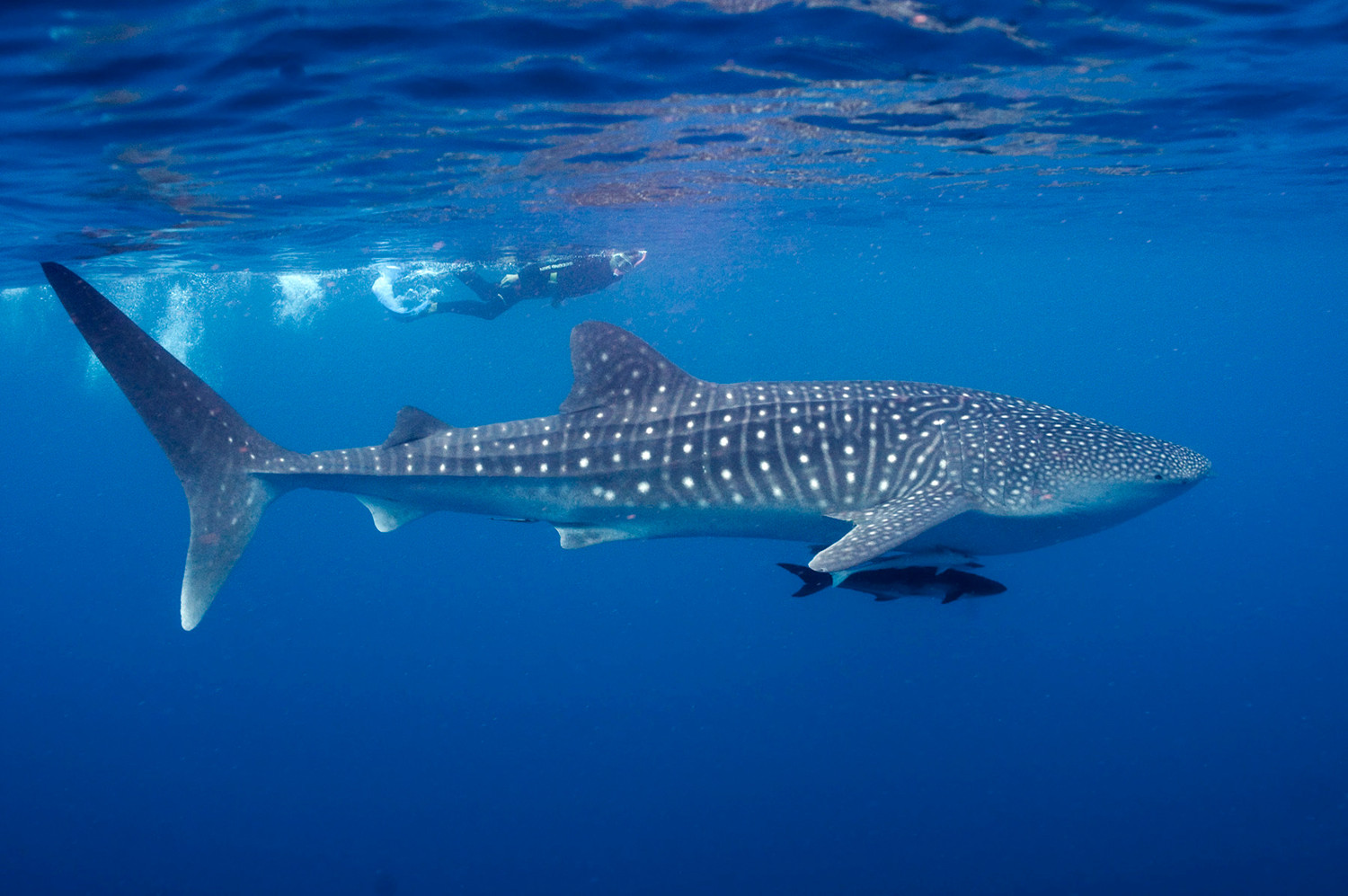 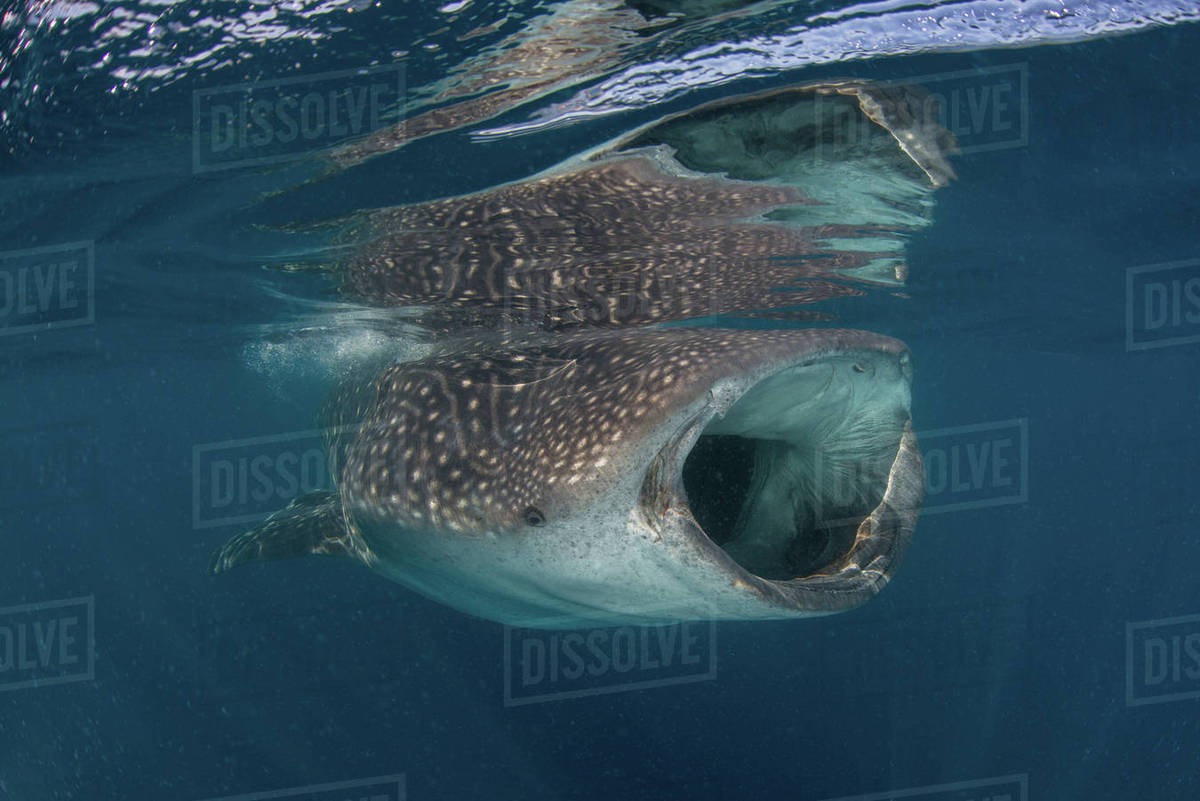 You wouldn't quite reach snake-like levels of "eating things larger than their head", but 70-80% of it should be doable.

The jaw could have two configurations. One, in which it's only loosely attached like a snake's, and another where it is firmly fixed like most other animals. Imagine if the joint worked like a with a lock and key. In the loose state, it's like the door is unlocked, you can move it easily. Put the key in and turn it, and the door won't move because the bolt of the lock is in the way. Maybe your animal's jaw is like that; it has an extra joint that it can "lock" to increase how much force it can handle at the cost of range of motion.

Second, there could be a problem with the lock that won't let it open. Many diseases and injuries change the shape of bones. If one happens in the lock, it will seize up.

Third, I'm not sure this could evolve naturally. Evolution works in baby steps, but this feature only works when it's complete. What series of minor improvements could turn a normal mouth into this new kind of mouth? Compare it with how eyes evolved to see what I mean. Eyes started as just a patch of cells that could detect light and shadow. Then as this got more precise, they slowly evolved transparent protective coverings. These slowly changed shape to be lenses so the photosensitive cells could now discern images, not just light and dark. While this was happening, creatures also evolved to have more than one, so they could watch a wider field of view, and in the case of predators, they could have depth perception thanks to triangulation. You can see how this is lots of tiny changes, not one big leap. How do you get this new mouth in tiny changes?`

Having loose yet powerful jaws could be achieved by simply having regular biting jaws, but extremely large relative to the body. This would allow the creature to realistically have a strong biting force, as its jaws are just like real creatures, but with a much larger jaw opening, as the jaws are longer than expected. However, this would require that the creature not have a neck or other such flexibility between the mouth and back of the jaws. There would also need to be cheeks if the length of the jaw is supposed to be hidden, which would limit the jaw's gape. These cheeks would also likely put a limit on the mouth's width as well

In fact some people incorrectly argued that a few dinosaurs could do this. because of some missing pieces they thought the lower jaw of one predatory dinosaur had 5 jaw joints, the main two one and the "chin" and one halfway up each side, that would let the jaws flex open to swallow prey. I tired to find a picture but it is such an outdated idea I could not find the image. They were wrong but there is no reason it could not work provided the joints were stiff hinge joints that did not allow much twisting and you put enough muscle to equalize bite forces.

The problem is this has absolutely no reason to evolve. The ability to swallow prey whole is only useful if you CAN'T tear pieces off (or if you hunt underwater). It also has a fairly high cost in weakening the jaw which means you have to invest a lit of resources to make it work and evolution does not favor expensive things that do nothing.

Not the answer you're looking for? Browse other questions tagged science-based reality-check biology creature-design xenobiology .

6
With dunkle-like Jaws, how long could the neck be?

11
Could a Hoop snake actually roll like a wheel?
6
How can my creature use explosives to get the maximum bite force/speed?
4
How to safely drop victims into the Tayan’s mouth?
23
Would a carnivorous diet be able to support a giant worm?
10
Having a split lower jaw while maintaining a strong bite force
3
anatomy or musculature to achieve full rotate jaw?
5
Can the dunkleosteus jaw model work on a land predator?
6
Creating a Predator For Snappers