How do you explain a “brooder” sex evolutionarily?

I've seen several people independently come up with the idea of three or more sexes where one sex is responsible for brooding the young (pregnancy, pouch, feeding, something along those lines) but doesn't actually contribute any DNA. Can you suggest some an evolutionary mechanisms that would support the development of a "brooder" sex that provides caregiving to young without passing on their genes? 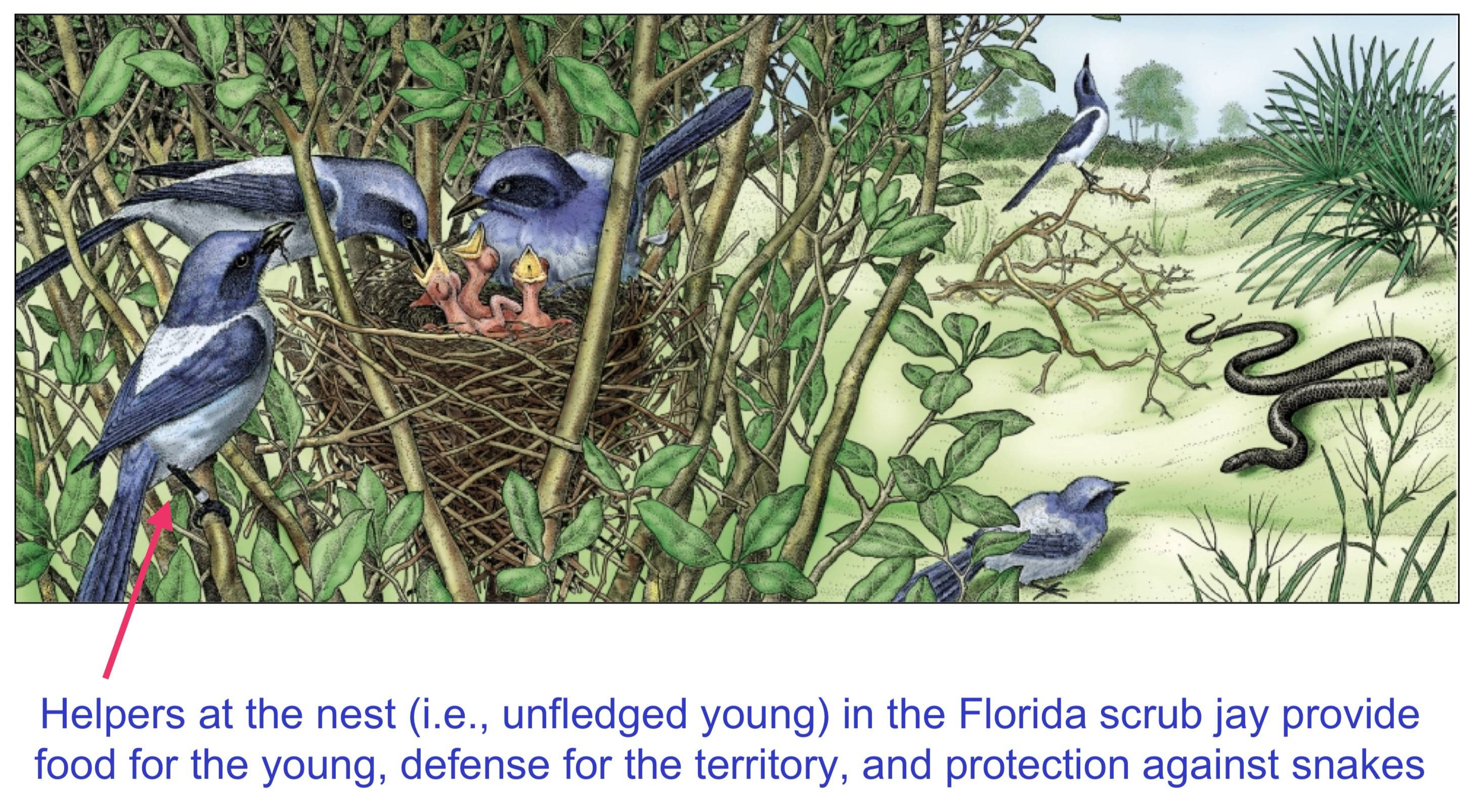 Helpers at the nest is a term used in behavioural ecology and evolutionary biology to describe a social structure in which juveniles and sexually mature adolescents of either one or both sexes remain in association with their parents and help them raise subsequent broods or litters, instead of dispersing and beginning to reproduce themselves.

In your scenario, a breeding pair will produce males, females, and one or more "brooder sex" individuals. The brooder sex individuals will function like the immature jays in the scenario above - helping to feed and defend their brothers and sisters. A brooder from the prior generation would remain with its parents as these immature jays do.

One could make a case that postmenopausal females of our own species are exactly a "brooder sex" as you describe. I am a big fan of Sarah Blaffer Hrdy and her social anthropology studies about this. A postmenopausal female is not going to have more children of her own, but her genes are represented in her children and grandchildren. She improves her own fitness by keeping them alive. The presence of capable, nonreproductive individuals with a stake in the survival of babies and children improves the genetic fitness of those children.

They share DNA with at least one of the sexually reproductive pair.

That's the evolutionary route to & reason for this, no other will work.

That was the answer to your question / the rest is just musings on the theme.

The first offspring of a fertile female might be non-reproductive daughters that can carry further offspring so that (as she doesn't have to bring them to full term herself) their mother-queen can churn out offspring faster.

Maybe they reproduce like marsupials making it simple to transfer young to a non-fertile daughters pouch or perhaps the mother transfers the fertilised egg to their womb with an ovipositor.

Some ant species kidnap workers in egg or larval form from other ants nests & these kidnapped ants become workers for the kidnappers nest (taking advantage of their victims instincts) so the same could apply here.

In an intelligent species that originally evolved this way brooders might hire themselves out.

Note : If the 'brooder' doesn't share DNA with at least one of the genetic parents it's a parasitic reproductive strategy like a cuckoos' & you couldn't by any stretch of the imagination call those brooders a third sex, they're most likely a different species with their own reproductive process that's been hijacked to serve the others.

A small pedantic niggle about nomenclature : If it's not contributing DNA it's not really a third sex biologically speaking, insect drones aren't a third sex, they're infertile females, though such drones could be infertile males in a fantasy species (as evidenced by sea horses & some other species).

Not the answer you're looking for? Browse other questions tagged evolution xenobiology fantasy-races or ask your own question.

7
How does one explain transformation magic?
51
How do I begin to explain that my orcs may survive by eating soil?
9
Skewed Sex Ratios
4
Is there a reason that females passing on more than 1/2 of their genetics to the child would be unlikely to evolve?
25
How do I explain the long life spans of Elves?
5
Genetics and Population Dynamics of a 7-sex system
4
A sentient “eusocial” swarm and maintaining communication
6
Reason for one sex to develop a hammerhead