How CAN a Wyvern be a Scansoriopterygid Dinosaur?

It's become a popular speculative evolution trope for the likeliest candidate of the mythological "wyvern" to be a Cenozoic family--if not superfamily--of scansoriopterygid dinosaur.

Now the first thing you'd be wondering is, "scanso-WHAT?" and I won't blame you. The name is not as memorable or catchy as "Pachycephalosauridae". So the "wyvern family", as I've decided to call it, was a group of small, arboreal theropod dinosaurs known in only the past decade or so for going around with batlike wings, demonstrated in this gorgeous portrait of Yi by Emily Willoughby: 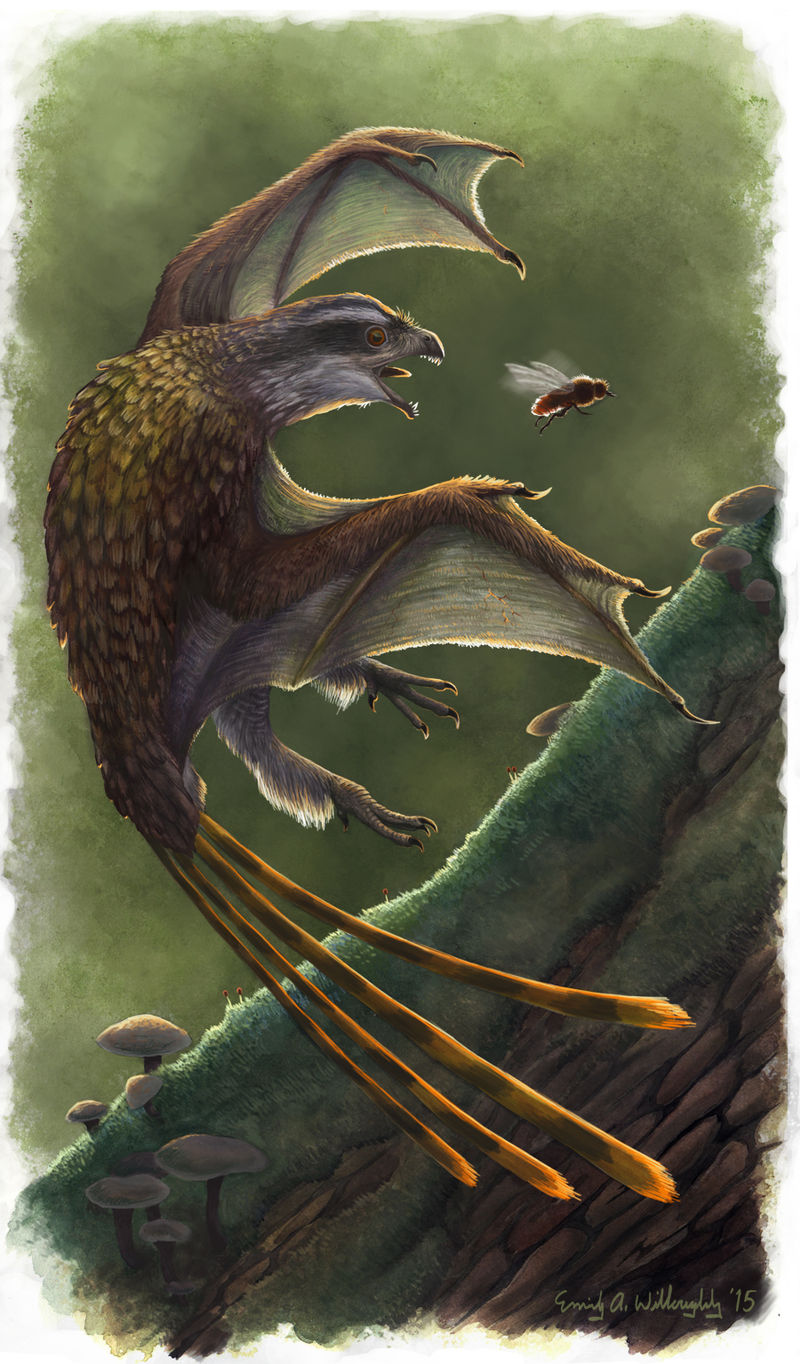 But there is a problem with this family, one that has been criminally overlooked and frustratingly unanswered--the wyvern family, in our timeline, was hardly successful. Only four species have been unearthed from Chinese rocks, and their legacy was unnoticeable, existing from 165 to 156 million years ago. This is a big deal because the family died out at a relatively quiet point in the Late Jurassic period, rather than a sudden, dramatic catastrophe like the one that paved the way for the dinosaur empire 45 million years earlier or the one that'd end it 90 million years later.

While other people have been asking on how to make the Cenozoic wyverns biologically and physiologically plausible, mine is on how to make them chronologically successful. As in, what point of departure would I need to ensure that the wyvern family made it to the Cretaceous, survived the fall of the dinosaur empire, endured the unrelenting climate changes of the Paleogene and Neogene and thrived long enough for the knights in shining armor to fight them off?

As requested in the OP, the scansoriopterygids must survive extinction in the Jurassic, survive the extinction of the dinosaurs, and then avoid being outcompeted by birds and mammals. Let us assume that in our world, scansoriopterygids were outcompeted by creatures much like themselves - the protobirds, tree dwelling dinosaurs whose descendants survived the cretaceous extinction and today successfully compete with mammals.

Is there a precedent we can look too? Is there a group of animals which narrowly escaped being outcompeted by physically similar contemporaries in the Jurassic, survived the Cretaceous extinction and have made it to the present day despite the advent of rats and crows? Yes: the Rhynchocephalia.

Rhynchocephalians as a group are considered the sister taxon to squamates, and, together, they comprise the Lepidosauria. . Based on the assumption that rhynchocephalians and squamates are each other’s closest relatives, they apparently diverged early in the Late Triassic, and the rhynchocephalians seemingly have always been a group with moderate or low diversity... Most of the rhynchocephalian radiation occurred during the Triassic and Jurassic, and by the Cretaceous, most had disappeared from the fossil record, suggesting that lizards may have outcompeted them.

There is one rhynchocephalian that still exists: the tuatara. 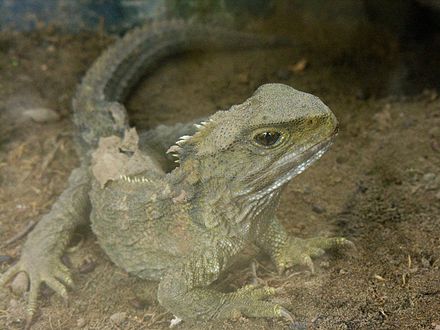 The refuge of the tuatara is New Zealand, which split off from the mainland 83 millions years ago. It was never colonized by mammals or snakes, and of lizards has only geckos and skinks. The tuatara survived the Cretaceous extinction presumably the same way lizards did: it hid in burrows until things cooled off. Then in its island refuge, it was not outcompeted by its close relatives the snakes and varanid lizards, or more distant relatives the mammals.

I propose a similar outcome for the scansoriopterygids. In this alternate earth, they too had colonized Zealandia in the early Jurassic and this population was spared competition with the protobirds and ultimate extinction. They too survive the Cretaceous extinction by hiding in burrows and hollow logs.

Like the Komodo dragons on their own island refuge, the wyverns do very well, preying on the moas which come to be the main terrestrial herbivore on Zealand. Wyverns are fair fliers at best, but glide well and mating rituals among the largest species entail towering high flying rituals with males and females. It is during one of these rituals that a storm catches and blows several individuals to the Australian mainland.

Here they thrive, facing no real competition from large predators. It is only a matter of time before wyverns then disperse north out of Australia to New Guinea, Southeast Asia, and the rest of the world.

Not the answer you're looking for? Browse other questions tagged science-based alternate-history dragons dinosaurs adaptability or ask your own question.

9
Best dinosaur species to have as a pet?
6
The Next Dinosaur Titans
8
What would have to happen in order to have both humans and dinosaur-like creatures on the same planet?
13
Where to Keep Your Dinosaur?
4
Which dinosaur would have the highest chance of survival in modern times?
6
Will the Dinosaur Empire Still Stand Strong If Chicxulub Hit Earth at the End of the Jurassic?
2
How might a sea wyvern adapt its flame breath?
2
questions about my screeching wyvern?