Without powered greenhouses or trade, what's the coldest possible climate for a sustainable nation?

In a setting where an empire establishes an island colony far to the north, what is the coldest climate such a colony could sustainably survive were that empire to collapse and stop sending supply ships? This would be without the resources for a nation's worth of powered greenhouses or similar construction projects, and with technology befitting the cold-war era.

Additionally, how large a population could the (ex-)colony continue to hold, if for example it were roughly the size of the British Isles, while still able to sustain things like a military?

My current best guess for how food would be handled is a population dependent on a mix of any fish and birds that can be hunted, additional to farms using great rows of low-lying cold-frame greenhouses. Perhaps they could also farm sheep or other grazing livestock to get what little they can from the grass as well. Could there also be more material-efficient ways of doing agriculture in the coldest possible climate?

Finally, I've assumed that food will always be the limiting factor for the coldest sustainable climate. Could there be a different limiting factor that I'm not aware of? 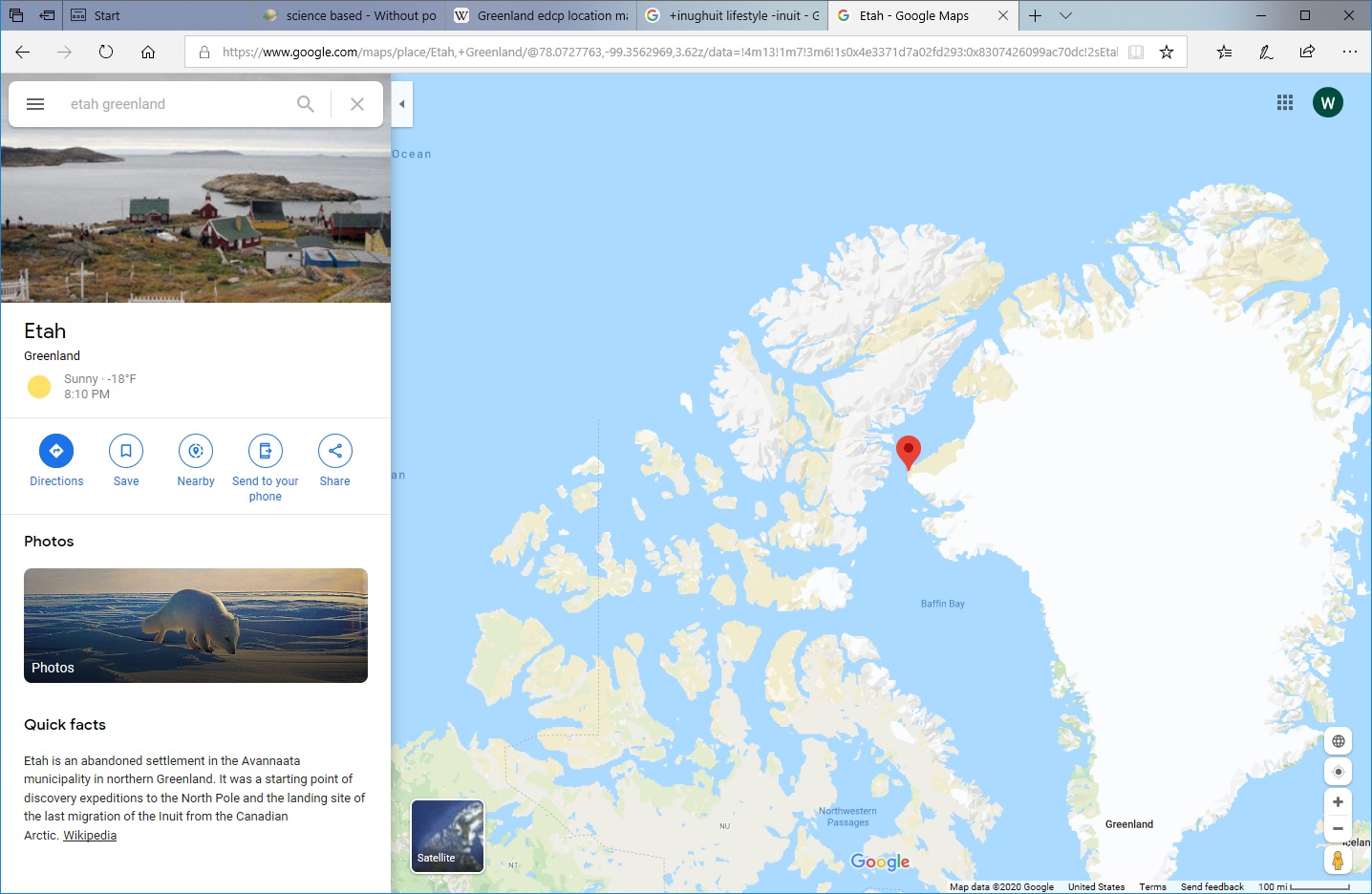 The Inughuit or Arctic Highlanders make for interesting reading. This was a population of Inuit that migrated to northern Greenland and were cut off, living in isolation from any other human population for centuries. They evolved their own language. The Wikipedia article states that they forgot there were other people in the world besides themselves.

One of the articles said that the Inughuit were not hunter / gatherers because they did not gather. It is pretty much hunting and fishing that far north. The sea is rich and there are fish and whales and marine mammals so plenty to eat. The muktuk miracle prevents scurvy.

Your colonists could live like the Inuit did. The muktuk part sounds pretty good. A providently positioned coal seam and knowledge of how to use it would help a lot in the winter.

Not the answer you're looking for? Browse other questions tagged science-based environment fauna flora or ask your own question.

18
Is it possible for life to evolve on planets without water?
20
Is it possible for complex life to evolve on planets without oxygen?
6
Is a world without any animals except humans possible and what would be the impacts?
15
How to improve manorial living with modern low-tech innovations?
1
How much darker could the sun get without killing off the plants necessary for the production of oxygen?
2
What's the climate consequences of a planet with these characteristics?
22
What's the most profitable use for an elemental transmuter?
1
What's a possible justification for Giants not taking over the world?
2
What's the best fuel for a lander?
9
How to sustain this sedentary hunter-gatherer society?