How can space cop arrest the suspicious spacecraft moving at sub-luminal velocity?

Set in a distant future, reports of alien and drug traffickings have been on the rise and there was mounting pressure for Mr User6760, president of intergalactic interpol to resign. The traffickers made use of stolen tech to achieve fractional light speed travel and stealth to evade the space cop, now Mr User6760 must stop these traffickers or step down if there is still no result by the end of the term.

I am wondering what technology can be used by space cop to capture a suspicious spacecraft traveling at sub-luminal velocity without committing unlawful 2nd or perhaps even 3rd degree murder?

No FTL tech and arrest must be made before suspects exit heliosphere, the boundary between intergalactic free space and the jurisdiction aka furthest reach of the law. BTW we have identified that the stolen tech is actually antimatter propulsion engine so try not to sabotage it, we are space cop not space mafia!

drones, unencumbered by squishy meat bags, can accelerate much harder than your bad guys can. Once they catch up the drones could try to disable engines (but that’s complicated and might cause explosions) or they could batten themselves onto the hull in great numbers and use their (vastly more powerful because there’s no need for life support to take up space) engines to oppose the motion of the bad guys ship.

Even if they can’t flat-out stop the enemy they can try to turn them (I assume your drones will be more powerful than the RCS thrusters on the target) so their main thruster is useless for acceleration. Then it’s a simple matter of the drones dragging your bad guys home, safe and sound.

And if needs be you can always just use them as missiles and blow the bad guys up, Dirty Harry style.

If they don’t stop, well, you shoot.

If you’re lucky you’ll be able to damage vulnerable bits like radiators or life support that would force the runaways to cut engines and wait for rescue. If you’re really lucky you have some kind of remote cutout for their engines and can just use that.

Otherwise your only real option is to get into such ranges that you can kill the ship with your weapons and order them to cut engines and prepare for boarding. Use a missile so you can self destruct it if they lose their nerve before it’s too late.

(If you can’t get into kill range with any weapon, you can’t really catch your fugitives anyway)

There ain't no stealth in space

Added to the general rules around "Hot pursuit" mean that once you have your target located, and you're in pursuit, the jurisdictional boundary no longer applies.

If the enemy has an impenetrable fortress, make sure he stays there - General Callus Tacticus

Of course you could just knock out their engines and walk away. A criminal that you know the exact location of might as well be in custody for all practical purposes, except you don't have to feed them. He's in his ship, travelling at speed $v$ on bearing $xyz$ at time $t$ and you know where he is for the foreseeable future with all the evidence on board. No engines means he can't change course and can't slow down. Monitor and collect at your leisure for court dates. 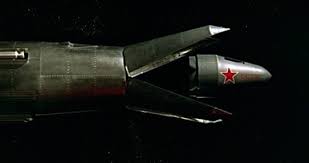 The problem is not that bad guy is so fast. It is that you are so slow!

what technology can be used by space cop to capture a suspicious spacecraft traveling at sub-luminal velocity without committing unlawful 2nd or perhaps even 3rd degree murder?

If a cop follows the procedures in the exercise of his duty, he cannot be charged with murder.

And I hope you are aware that without the threat of recurring to potentially deadly force you won't be able to stop anybody, not even granny while crossing outside the zebra path.

You have rules of engagement dictated by your superior, follow them.

Most likely you will be required to, in order:

If they happen to find death in the proceeding, you have followed your rule book, you are good and covered.

The problem with flying criminals is even worse than with driving criminals. They can literally go in any direction, so unless you can surround them well and truly (something nearly impossible at those speeds) just chasing them isn't going to do much.

Your best bet in this scenario? Get them before they set off. Track them to wherever they undertake their illicit activities, and bust the whole operation at once.

If getting them in transit is your only choice, your success will depend on one thing only. What tech do you have available? If you have tractor beams or EMP then it's a done deal really, but if all your weapons are destructive it gets more complicated.

The only way to arrest someone who literally can go anywhere, is to make them believe that surrender is their best option. Either threaten them with superior weaponry to get them to stop, but historically that hasn't always worked out for the best. You could do the mafia option and threaten their friends or family (if known), but this might not get you reelected.

If you have very precise weaponry, you might be able to damage their spaceship minimally, but just enough to render it inoperable. I would start with the life support systems rather than propulsion. They will have the choice of surrender or suffocate, and human nature will not really choose suffocation. If it is alien nature though, that's anyone's guess...

Not the answer you're looking for? Browse other questions tagged technology space-travel spaceships police .

5
How to survive the G-force of Space Travel
3
How massive can a spacecraft be?
9
How can a highly advanced sub-luminal galactic empire minimise the effects of speciation?
28
How can spacecraft manufactured on the moon be powered?
5
How can a large fleets maintain formation in interstellar space?
1
How to protect astronauts and spacecraft from solar flares on long space journey?
3
How can a long spaceship combat torsion and shear stress while moving in space?
3
Is it possible to break the sound barrier in space with a really fast spacecraft
14
How discreetly can a small spacecraft crash land?