Consider a planet with Earth like gravity but an atmosphere that is 10x what Earth has at sea level (atmospheric composition is equivalent to Earth). If the vegetation is similar to Earth's, would the plants be bigger due to having access to more CO2?

Depends on the solar constant at the top at the atmosphere. A thicker one will be absorbing a lot more light on the way down, so the available light at sea-level will be less.

On the other side, a larger total atmospheric absorption of energy will:

A very likely result will be an atmospheric thermal runaway, in which the atmosphere heats up until the amount of IR radiation is high enough to counterbalance the trapped heat. Very similar to a Venus scenario.

There may be a way to have your planet as you describe, but this involves the planet's star to emit in UV/hard UV maybe with a bit of X-ray spectrum. In such a scenario, the light that reaches the sea-level is not the one emitted by the star, but is produced by fluorescence in the upper side of the atmosphere.

Accepting such a situation, whatever energy reaches the sea-level has a lot less infra-red and more in the visible spectrum (for which the atmosphere is transparent) and the fluorescence will disperse the incoming radiation so that heating is less direct and less intense. In such a case the planet will actually need a thicker atmosphere (and a matching magnetosphere to keep it in place long term). An A-type star (young, steadily burning hydrogen without flares) may do that for you. 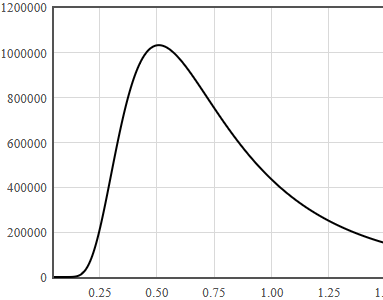 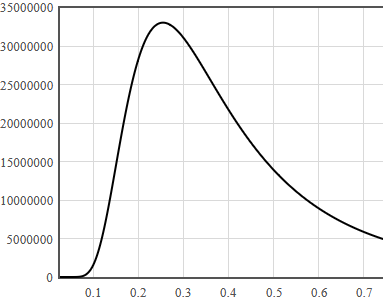 Placing your planet further away from a hotter start is self-evident. Feeling of guts, about 2 times further.
With a star and planet mass similar to Sun/Earth, it will mean an orbital period around 2.8 Earth-years.

I might be completely off in my estimations, but here are the reasons for the "feeling of guts - 2AU or thereabouts should do":

One on top of the other, I'm going to write of another 0.5 times from the incoming energy and have the rest of 3x to justify/use.

Plants need access to sunlight to photosyntesis. A denser atmosphere can filter more, then there will be less light to plants.

Also the pressure will act to minimize any potential to plants grow.

However, biodiversity will be boosted due to more resources.

Still about pressure of atmosphere and Adrian's example in comment about Venus: in the surface level the venusian dioxide carbon is under a high pressure its almost doesn't behave like a gas and, instead, looks like more a supercritical fluid. Its 94 atm, not 10 atm like in your planet, but, still need to acount for different consequences:

surface winds will be slow

Will this huge atmosphere be really stable? I would not care of atmospheric escape to space or how high is the magnetosphere, but how much of gases will react with water and ground and be absorbed? I can imagine oxygen reacting in a deeper layers in all the ground, oxidating everything. On another side the diazotrophs will have tons of nitrogen to fixate, all those reactions will make a superfertile soil, favorable to biodiversity. Then, would the high pressure atmosphere allow gases come back from hydrosphere and litosphere in the air and complete their cycles? Looks like this atmosphere will soon or later be partially eaten by biosphere, sea and soil, and be a bit thiner.

Adrian suggestion to planet be further than Earth is to the Sun will make the atmosphere absorb less heat and make a climate the closest to Earth's. A planet located further would also have more chance of keep light elements like volatives. Although, total insolation will be lesser and plants will evolve to use other ways than photosyntesis.

Perhaps another big kingdom of biological beings would thrive in those conditions better than plants. Forget the trees, fungi would rule, like ruled in the old Earth.

CO2 is already rarely a limiting nutrient. Growing plants in high CO2 conditions does sometimes result in faster growth, which itself results in slight increases in size, but only of the "shift the peak of the curve over" variety, not "increase the population maximum" variety. And having access to plenty of CO2 quickly becomes irrelevant if:

Consider a planet with Earth like gravity but an atmosphere that is 10x what Earth has at sea level (atmospheric composition is equivalent to Earth). If the vegetation is similar to Earth's, would the plants be bigger due to having access to more CO2?

Not the answer you're looking for? Browse other questions tagged atmosphere flora or ask your own question.