In many fantasy worlds, dragons are depicted with six limbs: four "legs" (two front limbs and two hind limbs) and two wings. In the real world, we don't really see vertebrates with more than four limbs, but would it be feasible for six to develop? If so, how would this happen?

A parallel clade to the vertebrates we know

In our world, all land vertebrates evolved from a four-limbed, lobe-finned fish, and so all vertebrates have four limbs.

Growing a new pair of limbs is hard, but losing an existing pair is not so hard. In your world, vertebrates evolved from a six limbed fish instead - and then one group of those early six-legged lizards lost one pair of limbs, evolving into vertebrates much like those we know. However, a completely different group retained the six limbs, and those diversified into a number of different groups of six-limbed vertebrates - including dragons, griffins, gargoyles, pixies, pegasi, centaurs, and other species that we don't have names for. Some might resemble species that exist in our world, but this is only a result of convergent evolution; they are not actually related at all.

If you want a world where dragons are the only six-limbed species left, perhaps they are a "living fossil" clade, the sole surviving representative of a mostly extinct group. Our world has plenty of those.

Off the top of my head, there are two ways to go about this:

Avatar: The Last Airbender: One of my favorite things about ATLA is it is subtly alien to us. Sure, humans are basically the same as we are now but with superpowers, but the animals are very different. Animals such as but not limited to penguins and sky-bison have six-limbs despite resembling vertebrates. So, in a world were vertebrates do have 6 limbs, dragons having this isn't much of a reach. Dragons do exist in the ATLA universe, and have 4 short legs and 2 wings, with bodies like Chinese dragons and wings like European dragons.

Dragons are insectoids!: Dragons as we know them are lizard-like creatures, divine, breathing fire, wise, etc. What if they weren't that at all? The only six-limbed, winged creatures we know about are bees and other bugs, and we know that in the dawn of insects millions of years ago we had giant flying dragonflies and more. So perhaps the dragons you are referring to are descendents of such creatures who also developed chemical reactions that allow them to spit highly-flammable substances. This would also change the way dragons work in your universe entirely, as depending on what kind of insect you want to base these creatures on, you'd have 2 further options.

1) Base them on dragonflies, so these creatures are massive, dangerous monster-bugs, and not very smart. Ironically, their exoskeleton may or may not be entirely immune to fire either.

2) Base them on bees, so although each one of these creatures isn't too smart, their hive as a whole acts as a single unit, controlled by a queen (much like the [Formics from the Enders Game books] but dumber3).

Wings have developed from dorsal fins or plates

The latter had a double row of dorsal plates (see picture), with plates alternately on the left and right sides of the spine. It might not be possible for symmetrical pairs to develop, but two slightly offset wings could probably provide anough stability, especially if aided by smaller dorsal fins along the entire length of the back. Basically, imagine a slimmer stegosaurus where two of the dorsal plates have developed into huge fins. It would be no stranger than, say, a mammal whose nose had developed into a several meters long, very strong prehensile tentacle - but that is surely too strange to imagine. :-) 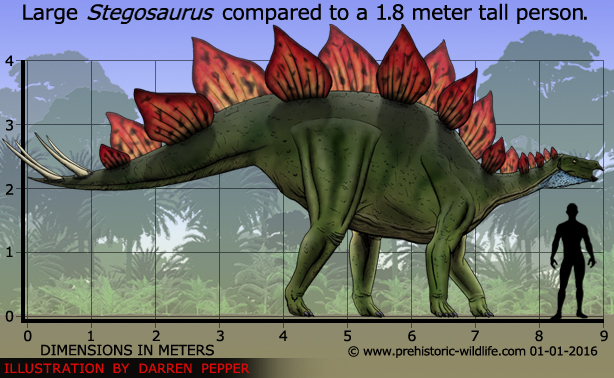 4
Could a mammal evolve 6 legs?
15
What would a hexapodal skeleton look like?
10
Vertebrate-like creatures with more than four limbs
3
Could a tetrapod evolve from a hexapod?
5
Where is it most likely that an hexapod creature branched from the evolutionary tree

10
Alien Griffin Design
10
Vertebrate-like creatures with more than four limbs
8
Are my wing-walking griffins viable?
16
Dragon forelimb placement
8
Would it be possible to rearrange a dragon's flight muscle to somewhat circumvent the square-cube law?
5
Large flying creature on super earth?
4
Increased flexibility for dragons?
4
How Would a Six-Winged Angel Fly?