Is there a mythological creature that is an hybrid of dragon and a griffin?

Like... A cockatrice with four legs and maybe horns. Is there an actual mythological creature like this, big enough to humans to ride on, or will I have to make one up? (For plot reasons, it is better if I get something already existing...) The closest I could get to it was an opinicus, but it doesn't entirely satisfy the needs. Ideas?

The Manticore is a Persian mythical beast with the head of a human, mane and body of a lion, and a tail that is sometimes illustrated as spined like a porcupine's, sometimes like a scorpion's tail. It is often depicted with large bat wings, and usually with three or four rows of teeth in its mouth. Its name means 'man-eater', and it is generally not considered a nice being. 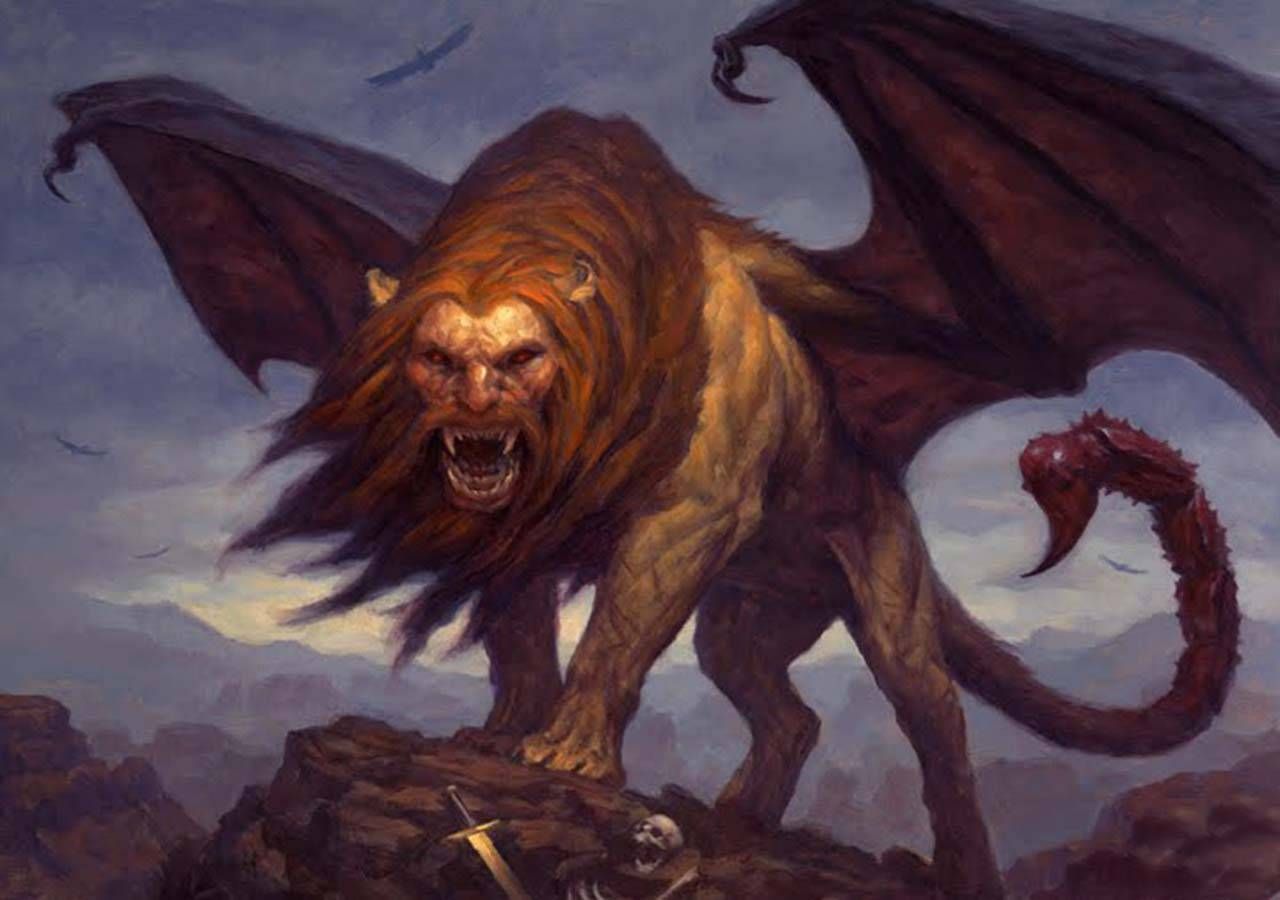 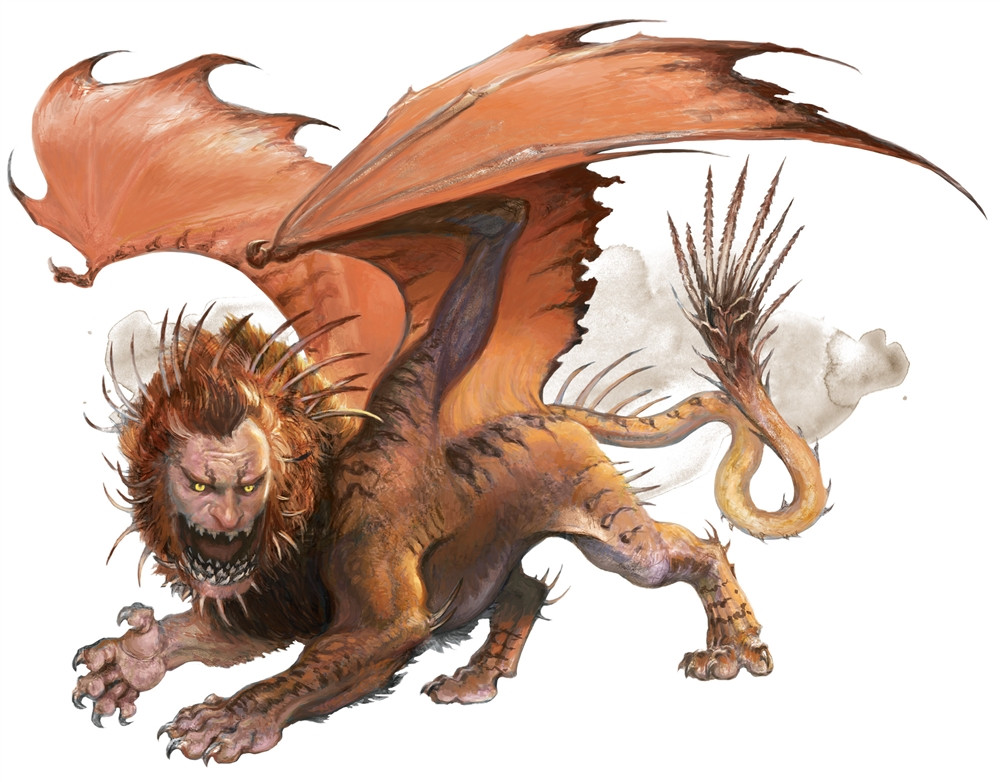 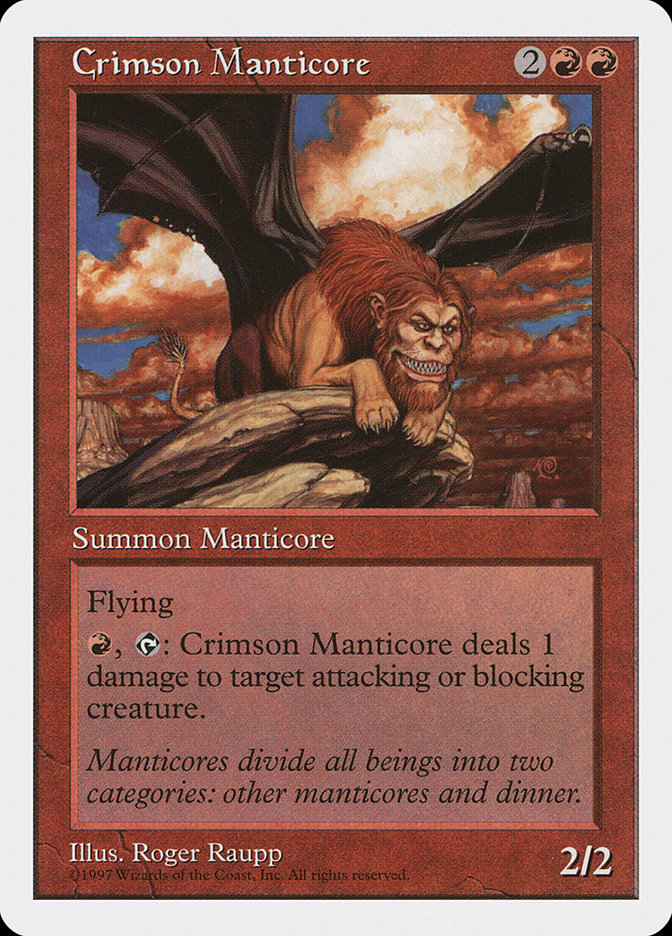 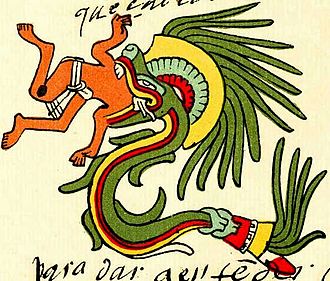 Originally the name of a particular shapeshifing Aztec god with bird (griffin) and serpent (dragon) features. He was not the only "feathered serpent" in American mythology though.

In modern reimaginings of mythology "Quetzlcoatl" and "feathered serpent" often refers to this type of creature. The same way "Pegasus" refers to any flying horse, even though it was originally the given name of a particular flying horse. For example in D&D This sort of creature is called a "Coatl". 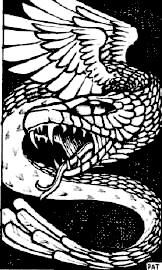 A snallygaster is a creature that is often depicted as winged quadruped with a mixture of avian and reptilian qualities, which may be what you are looking for. They are also described as picking people up and flying away with them, which would fulfill the requirement of being rideable by humans

Not the answer you're looking for? Browse other questions tagged creature-design mythical-creatures dragons .

16
Is a four armed arboreal reptile as described viable?
7
Help me Explain this Alien's Traits
11
Anatomically Correct Scylla
4
Anti-Dragon armor, shields and melee weapons
15
Creature-Design: Unkillable save by sacrifice
8
Can a horse-sized flying creature grab and carry a human's weight while flying?
7
How to avoid respiratory and circulatory problems in a firebreather or flaming creature?
3
What would be the strengths and weaknesses of a hybrid made with human and lizard DNA?
1
Anatomically correct Camazotz
3
Griffin with Hybrid Foreleg Anatomy