For a species that prefers throwing large rocks at foes, what else would those developed muscle groups make them good at?

I'm working on a fantasy setting and one of the races I want to include are cyclops. When I implement a race into my setting, I usually take one or two sources as the primary inspirations for what I base them on and tweak them to fit the world. In this case, I am leaning towards the Cyclops of Heroes of Might and Magic III (since that is the only game I can think of that has cyclops in it that I've played) for their combat. I was also heavily inspired by the Anatomically Correct Cyclops post, particularly IndigoFenix's answer and I'll be leaning into that one.

In combat, their preferred way of fighting was to hurl boulders over their head at their target (they act as a secondary catapult in castle battles) and hit foes with those same boulders in close quarters.

Using a combination of the two inspirations, I came up with the following:

They are a giant humanoid race, standing 9 feet (~2.75 meters) tall on average. Their most notable feature is the large single eye in their head, granting them vision surpassing most races. Their long range sight has lead them to develop nomadic shepherd lifestyles, allowing find new grazing land for their flock, see if that land is being used by another of their kind and spot potential predators from far away. Their primary tactic for dealing with a threat is to throw something heavy (like a large rock) at it, either crushing it or scaring it off if they miss. Melee combat is something of a last resort as they would prefer not to have any threat get that close to their flock.

Assuming depth perception is not an issue due to either the unique biology of their mono-eye or specific training to overcome their lack of binocular vision, if a species has developed the muscle groups (through a mix of evolution and practice) for an overhead throw using both arms:

As already pointed out, this method of attack could make one fairly flexible and strong, suited for a plethora of tasks. However one thing I would note is that depending on how much combat they see, and how often they train for war, this might not at all be the base of their movement. It is more likely their regular activities allow/suit this type of battle.

I will share some ideas as to what they can do with this skill. Or why they could have it to begin with.

Hulk smash!
Assuming they use two warms to reach the boulders behind their back to launch them overhead soccer style, the same movement can be extended downwards to smash. Either with or without holding said boulder. This works as well, though not as efficient with single handed throws. Preferred weapon for this tactic would be large clubs or hammers.

Building/construction
Carrying heavy stuff and the flexibility to place them overhead comes in extremely handy in any type of construction work. Also handling pickaxes (related to above) would be easy.

The difficulty with a double overhand throw is there is no counterweight for the projectile. Compare to a baseball pitch where the rotation is horizontal and the entire body rotates to act as a counterweight and get a further throw.

Unless of course you use your whole body as the counterweight: 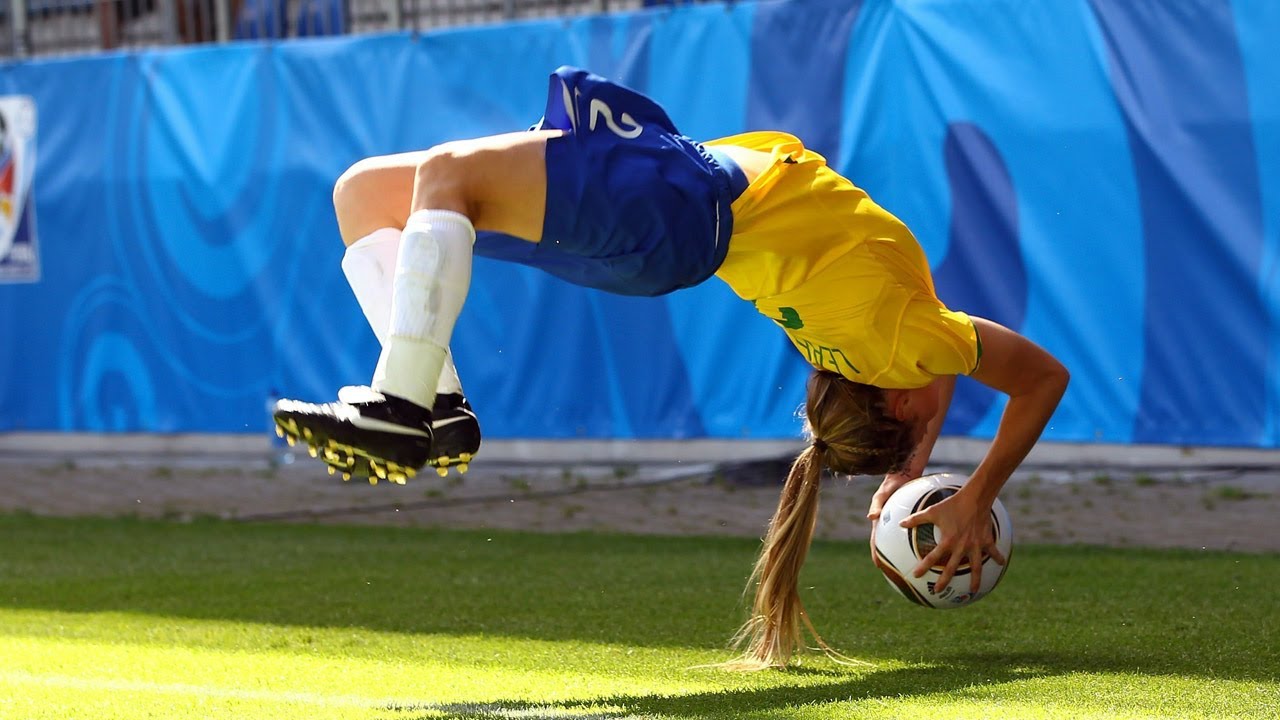 If you throw a bouncy football this can be done without shattering your arms. Replace the football with a boulder and no such luck. To counteract this your cyclopses need footballs for hands and ideally elbows and shoulders.

Bonus Points: Being tall means you can throw further like this:

I predict a race of tall-lanky, rubbery, exceptionally-agile cyclopses. Possibly with huge feet to act as counterweights. See the image (with apologies to Willam Jewell and Selina/Emma) 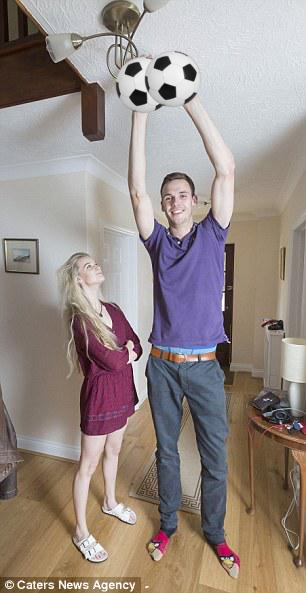 In melee they would use long blunt weapons with the goal to hit the opponent and then bounce back into a guard position. Essentially you hit them with a heavy rubber ball on a stick. Except the rubber ball is a stone and the bounciness comes from your arms instead.

An over head throw is similar to chest and back extension exercise, if the arms do not bend at the elbow much, with a bend at the elbows extending the forearm it becomes an overhead triceps press, getting the boulder up involves shoulder strength, abs and legs will stabilise the action and get stronger too, so really their whole body will be strong and flexible for most tasks.

Not the answer you're looking for? Browse other questions tagged science-based biology fantasy-races combat .

12
Mermaid Land (and Sea?) Combat
10
How much of an advantage in medieval-style combat would it be to have four arms with pivoting shoulders?
6
Tusks of a Cyclops
13
Finding real world historic examples of cultures/organizations/tribes to represent Elves
5
How could a medieval army only use unarmed combat and still be effective?
15
How to make all magic-casting innate, but still rare?
6
Gun & Pike Era Orc army and tactic
5
The most suitable martial art for birdpeople?
10
How could a feudal monarchy work with multiple species that cannot interbreed?