Feasibility of a virus that causes its host to crave sex?

In the near future a man-made virus was released which caused a world wide epidemic in humans and animals , the virus completly shutsdown all cognitive functions in the brain leaving the host in a zombie like state while stimulating certain parts of the hypothalamus causing sexual arousal.

Would this virus actually work and what would be the most efficient way for the virus to spread? 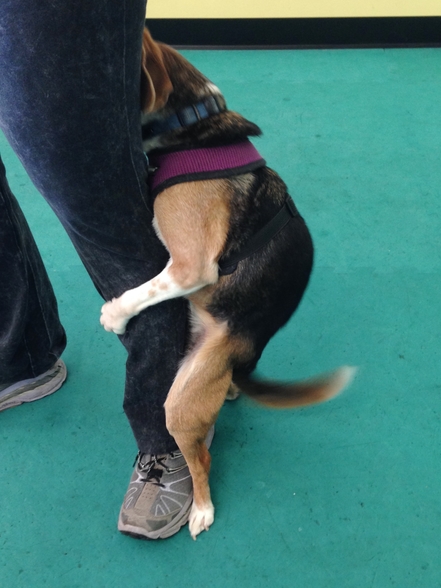 the virus completly shutsdown all cognitive functions in the brain leaving the host in a zombie like state while stimulating certain parts of the hypothalamus causing sexual arousal.

I think the scientific term in humans is puberty

It would be the perfect way for a sexually transmitted virus to propagate.

The early forms of syphilis were devastating on the body of the host, making it not/less appealing for intercourse, which is a downside for an infective agent basing its propagation on it. It is believed that a mitigation of the physically visible effects of syphilis has been a consequence of the selective pressure given by the above mechanism: the less damaging a certain infecting agent was, the more it could spread.

We also know of agents which affect the behavior of their host to increase their chances of propagation: rabies, some tropical worms, the zombie fungus are just some examples.

All in all it is perfectly feasible that a virus develops this trait, maybe even coupled with some other effect on the host body to make it more sexually appealing.

Is it possible for such a virus to succeed this way? Well, that's a lot harder, because it relies on the partner not recognizing the presence of abnormal behavior. Humans tend to be pretty picky about their partners, relatively speaking, and sexual attraction takes time, subtlety, responsiveness, and intelligence. That's brain-stuff, not chemistry-stuff, and parasites aren't very good at brain stuff.

Nevertheless, it's not impossible, if the parasite is subtle in its machinations. There are some studies that suggest that Toxoplasma gondii (like you'd expect any other parasite) might make women more promiscuous, and it might be capable of sexual transmission, although this isn't its primary route of infection (also, humans aren't its main host). But studies are inconclusive, and for good reason - after all, if it was obvious, it wouldn't be as effective, would it?

Consider it as an equivalent to rabies. The virus wants to spread, if it's a sexually transmitted virus then it would encourage sexual behaviour as a means to spread itself through a population.

It wouldn't survive as a zombie virus though as it has to increase, not decrease, attractiveness to other potential partners.

I think so. Toxoplasmosis is a cat-based parasite which affects other mammals to make them more likely to be eaten by cats, so there is a precedent for illnesses (not a virus in this case) to alter the behaviour of other species.

Not the answer you're looking for? Browse other questions tagged science-based reality-check viruses or ask your own question.

9
With current technology, genetically modified virus able to end mankind
3
How do I make a new and interesting type of "Zombie" creature?
3
Results of magical control over the chemical functions of cells in the human body?
7
The plausibility of a mind-controlling and genome-altering pentastomid
5
Realistic Zombie Virus
14
A Plague that Causes Death in All Post-Plague Children
1
What would be the ideal of beauty in a world of a completely female human species?
4
Can a virus that causes forced evolution exist?
2
Would this combination of pathogens make excellent zombies?
1
How reasonable is my "Chimera Virus"