I’ve heard there was no upper limit for the size and weight of a ground effect vehicle.

In my world, the people there wanted to design a quick response aircraft carrier that could reach anywhere around the world within a week.

Its dimensions would be 280m long and 40m wide. I’m guessing the wingspan would be massive. (though since it relies on the ground effect the wingspan won’t be as large than if it were designed to fly?)

I don’t know how much aircraft it could carry but I’m guessing less it’s than if it were a normal aircraft carrier.

Putting people on deck while it’s moving at full speed is probably suicide so it stops or slows down every time it needs to launch or land a plane.

Its escorts are also ground effect vehicles; destroyers, cruisers, frigates and even the supply ships. The submarines would probably have to be carried by a ground effect vehicle, only lowered into the water when needed. All of these vehicles are nuclear powered as well.

Is this entirely impossible even with a massive r&d budget?

If you want to have something that arrives quickly, the best approach is not wing in ground effect vehicles, it is just using aircraft alone in the first place. Back in the late 70s, there was a suggestion of airborne aircraft carriers based on the 747. You can even read the original document proposal, and here is a nice overview.

In a nutshell it was suggested that a 747 be used to carry up to ten microfighters into battle, with each carrying a small payload that could be swapped between missiles and bombs as needed. The fighters can load inside the carrier aircraft, where they can switch weapons and allow the pilots a break when they're not needed. The small fighters would theoretically be good dogfighters, as light fighters like the F-5 were used by Top Gun instructors for a reason(the fictional MiG-28 in the movie Top Gun was actually the F-5, real Russian fighters are all odd numbers).

There was also a proposal to turn the 747 into missile platforms, carrying as many as 72 cruise missiles or presumably a couple hundred bombs, as well as creating radar and aerial refueling aircraft using the same platforms. Combining these would give you a fairly interesting option for an air force that relies on remote bases.

Now for the problem. Lightweight fighters of that type have been almost entirely phased out for a reason. Every modern air force flies fairly large multirole fighters that are double or triple the weight of these proposed microfighters. They'd never have radars to match something like an F-15, nor would they have enough missiles to reliably get kills given failure rates in practice. It would also be just plain expensive as a capability, and even if it were militarily effective, it would not replace aircraft carriers.

The thing about aircraft carriers is that they aren't for a quick reaction, they are for having a sustained presence and waving the flag with an airbase that can't be politically pressured to leave as easily as an airbase inside a foreign country. Neither 747s or WiG carriers would be capable of this.

As for submarines, if a fleet like this were actually possible, you simply wouldn't use them as part of your fleet in the first place. Submarines would form battle lines in the estimated location of the enemy fleet and hopefully get lucky, serving almost as a mobile minefield. This is what was done in World War Two, when fast carriers were 10 knots faster than submarines on the surface and 20 knots faster than they were submerged. I'm also not sure how WiG craft and submarines would interact.

When it comes to questions like this in general, you have to ask the question of why this was not done by anyone. If any concept would revolutionize the way militaries fight, someone would be building it. Just before World War Two, while every army didn't recognize the best way to use tanks, aircraft carriers, or strategic bombers, everyone who could were developing them before the war started. Anyone who didn't build them couldn't. The fact that airborne aircraft carriers or WiG craft never really were built tells you that air forces and navies didn't really think they'd work. It's actually evidence against the concept being effective.

While there seems to be no real upper limit to the size of Wing in Ground Effect craft, the dangers of flying at low altitude at high speeds really speak against it. At the sort of size you are speaking about, a wingtip might plow into a rogue wave or ship and take the entire craft down.

Even less massive vehicles like the "Caspian Sea Monster" or the Lun were at risk, which explains why they were never seriously tested on the open oceans or even someplace like the North Sea 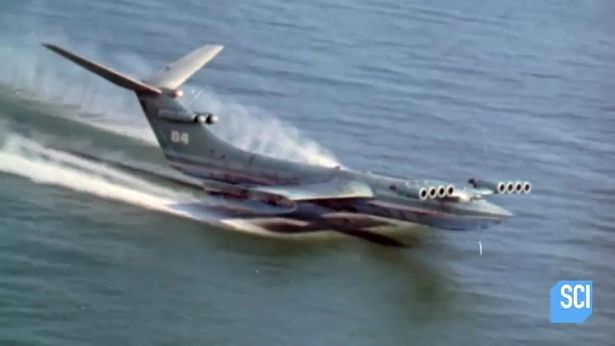 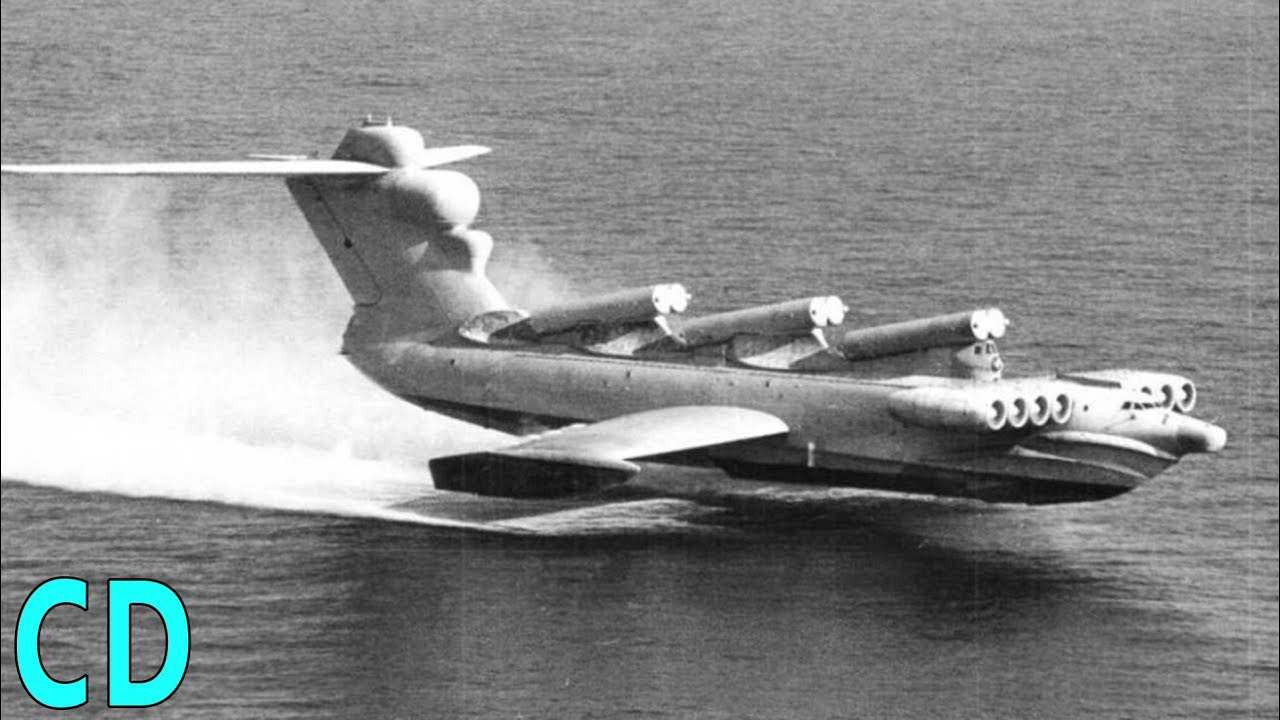 As you can see, the Soviets thought the Lun might be ideal as a sort of high speed missile ship, and modern iterations might use something like that to launch UAVs, UCAVs or high speed missiles, rather than aircraft. Recovering UAVs and UCAVs might involve having them land in the water and the "Lun" move up to recover them, in order to avoid the possibility of an accident at sea. Other "supporting" vessels in the flotilla should probably be based on the same airframe, simply to ensure everyone can move at the same speed and make logistics simpler (having to land and wait hours for the refuelling vehicles rather negates the idea of a high speed squadron).

So while it may be possible to build a WIG the size being proposed, it seems better to make the vehicle smaller and more specialized.

Not the answer you're looking for? Browse other questions tagged science-based science-fiction ships vehicles shipbuilding or ask your own question.

11
How long would a carrier group survive unattended anchored just off shore
6
Monolithic vehicles vs a convoy; So you want to go on a road trip
38
Creature that swims in the solid ground
7
Small-scale aviation without fossil fuels
5
The practicality and feasibility of a fully-submersible aircraft carrier
8
What would be the best propulsion system for this aircraft carrier?
5
Does my military make much sense?