Boron-based lifeforms that use ammonia as a solvent and respires methane & hydrogen, with an atmosphere of mostly methane, hydrogen, nitrogen and in smaller percentages, acetylene & other elements. The temperature of the lifeforms' planet is -10 Celsius, with the pressure being 25 atmospheres. We will call them boracoids. The intelligent life-forms are bipedal with four limbs but have a bird-like stature (not upright). They're also not that big, being about twice the size of a raven. 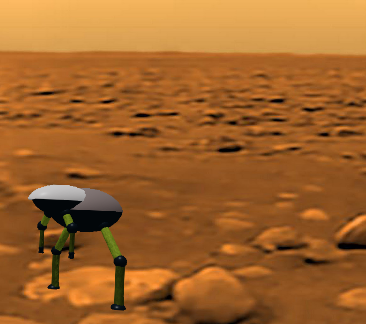 A boracoid in a desert on some planet, wearing a spacesuit.

The boracoids don't have a specialized gas transport molecule but rather rely on diffusion and solubility, with hydrogen and methane diffusing into the cells. In a reducing atmosphere, the roles of oxidizer and fuel are reversed, so the hydrogen is the fuel, and acetylene is the oxidizer. Acetylene is breathed in from the atmosphere as it can be produced through incomplete combustion of methane, although I have no idea what process makes that happen on such a planet.

On energy currency, acetylene will be used as it, or rather, a diborane molecule with some phosphorus attached. But I will rather talk about the acetylene, and how it can be used. Acetylene is converted to ethane through hydrogenation - the breathing process described above! With this, we can also convert ethane back into acetylene (i think through converting it into ethylene then converting the ethylene into ethane, not sure.).

As for encoding information, the boracoids use diborane and other boranes for it, polymerized into large chains, with phosphorus and nitrogen being used, so it's essentially just DNA, although I have no idea on whether this is a feasible encoding system.

One thing is that the boracoids breed and use another type of lifeforms called meranchees, which are polyoxometalate-based lifeforms that rely on metals as their building block. The polyoxometalates can be assembled through metals in an acid solution in the presence of a heteroatom. So we just need a way for them to produce acid and etc... which the boracoids exploit, once a colony of meranchees has grown enough they will take it and break it down to pure metals.

I have several questions:

(note:) excuse me for my chemistry, I'm not really good at it though I do like worldbuilding and stuff like that.

EDIT (due to a reply from earlier): I'd like to say dismissing unlikely biochemistries doesn't help. I posted this with knowledge that boron biochemistries are far less versatile and far more rare than organic biochemistries. I've seen this argument multiple times, but I'm not looking for an alternative to boron. I want to explore it. Thank you.

I am going to take the acetylene metabolism piece as the question.

Your heterotrophs get energy by hydrogenating acetylene. I wish I knew a better way of figuring enthalpies besides googling endlessly! I eventually found that this is an exothermic reaction at -262kJ/mole source which is what you would expect because carbon does not much like to get so friendly with other carbon as it must in acetylene. So: a good way for heterotrophs to get energy.

Now you need an autotroph that regenerates acetylene. Probably this will be something that uses radiant (or other) non chemical energy to catalyze the energetically unfavorable stripping of hydrogen from ethane and methane. The waste product is acetylene just like plants strip the carbon from CO2 and the waste product is O2. Your plants sequester the valuable hydrogen like our plants sequester reduced sugar.

How to hang on to that squirrelly hydrogen? You know it wants to leave for space. I proposed here What element would the hemoglobin content of methane-based life use? that a metal hydride could be used as a hydrogen carrying molecule. Or you could use boranes. Sulfur could be a good hydrogen carrier and it works that way on Earth, shuttling between sulfuric acid, elemental sulfur and oxidized sulfur.

I will look at the broad aspect of a boron based life form and I suggest that any such life form is unlikely. The reason being that all examples of life we currently have experience of involve a very high level of complexity. Organic biochemistry offers more scope for complex compound formation than boron chemistry does by many orders of magnitude.

This is at least in part due to the fact that Boron only forms compounds with an oxidation state of three or less limiting its ability to connect to other atoms.

So although it can’t be ruled out entirely as the scope of even Boron chemistry is vast, it must be seen as being very unlikely. For those unfamiliar with the biochemistry of life and it’s complexity I suggest this link:

And this is just a fragment of the full picture of reactions going on in the cells of organisms. Trying to replicate this or even part of this using an atom with an oxidation state of 3 rather than 4 would be challenging.

Not the answer you're looking for? Browse other questions tagged science-based xenobiology .

9
What could be used as an alternative to ATP in boron based biochemistry?
6
Boron based life- blood
11
What element would the hemoglobin content of methane-based life use?

4
So, what types of blood could non-carbon based lifeforms have, and what would the chemical makeup be?
8
Plausibility/mechanisms for biogenic silica on a terrestrial planet with a reducing atmosphere
14
Life without Nitrogen
9
What could be used as an alternative to ATP in boron based biochemistry?
4
Is an earthlike planet with ammonia oceans even plausible?
6
Would Chemosynthetic plants have any reason to grow tall?
13
Can organic life naturally produce a lightweight substance (relatively) impermeable to a lifting gas?
5
Where to begin when designing functioning alternative biochemistry for alien organisms in non-earthlike conditions?
6
Energetics in a reducing atmosphere