I'm wondering what kind of conditions (planetary mostly, but cultural or other such fields could work as well) would promote the development and distribution of air or pneumatic weapons over regular combustion types that we have today. Not necessarily into the modern era, but around when firearms were beginning to become the standard weapon for military use.

In addition, I suspect compressed air would have to have been be in popular household use, as saltpeter was at the time.

There are a lot of good reasons to use compressed air -- Gas hydraulics to lift heavy things would be one. (We've always needed to lift heavy things; farming equipment, industrial products, pallets of consumer products, etc.), another might have to do with the change in temperature that can be achieved by releasing compressed air (all kinds of stuff needs to be frozen). And powerful low-tec manual compressors exist IRL.

So, my proposal is: prior to the advent of the gunpowder projectile, an inventor with a lot of business sense capitalizes on "home-compression" technology, which is just a hand-crank compressor with a strong combination of leverage and gearing to achieve high-pressure. These products were supplemental to a related line of products which used the compressed air -- hydraulic lifters &c..

With the broad popularity of that product came incentive to innovate and come up with faster low-tech means to make pressure. Soon, slow and quick release containers were developed which could contain high pressure and safely release it at varying speeds for various applications. It doesn't take long for people to realize that quick-release containers are capable of launching nearby objects at dangerous speeds, and this is weaponized as soon as it is discovered. Maybe it starts with something smaller than a canon, but larger than a handgun, but it quickly develops into projectile-launchers analogous to both.

The most probable cultural factor to lead to airguns being more common than firearms:

Have a culture who both develops the basics of advanced metal working before anyone develops reliable gunpowder, and who held a long standing tradition of the use of blowguns.

This can be further reinforced by environmental conditions that do not greatly favour early black powder usage.

aka, it rains a lot.

Air guns are effectively a mechanization of the humble blowgun. Someone discovers that they can use some mechanical means to compress air such that they can drive a blowgun dart farther or faster, and the advancement and traditions continue.

If an early and effective air gun and its required machining is introduced prior to the local development of very early firearms, then there is limited incentive to go down the firearms line of thinking.

Drawbacks to early firearms include

In short, once machining is developed to the point of being able to reliably produce early modern air guns and reliable compressors, there is little offered by standard firearms that is a real advantage until a smokeless cartridge is devised.

And even then, there are arguable advantages to air guns.

TL-DR If Europe was a rain forest, or if the early industrial revolution happened in South America, we may have had a long period of Air Guns as a common main battlefield weapon.

The Girardoni air rifle was an amazingly innovative weapon for its time, being the world's first semi automatic battle rifle issued to an army for service. It had an effective range of about 100 to 150m, could be loaded and fired from the prone position and did not betray the user with the discharge or release huge clouds of obscuring smoke. 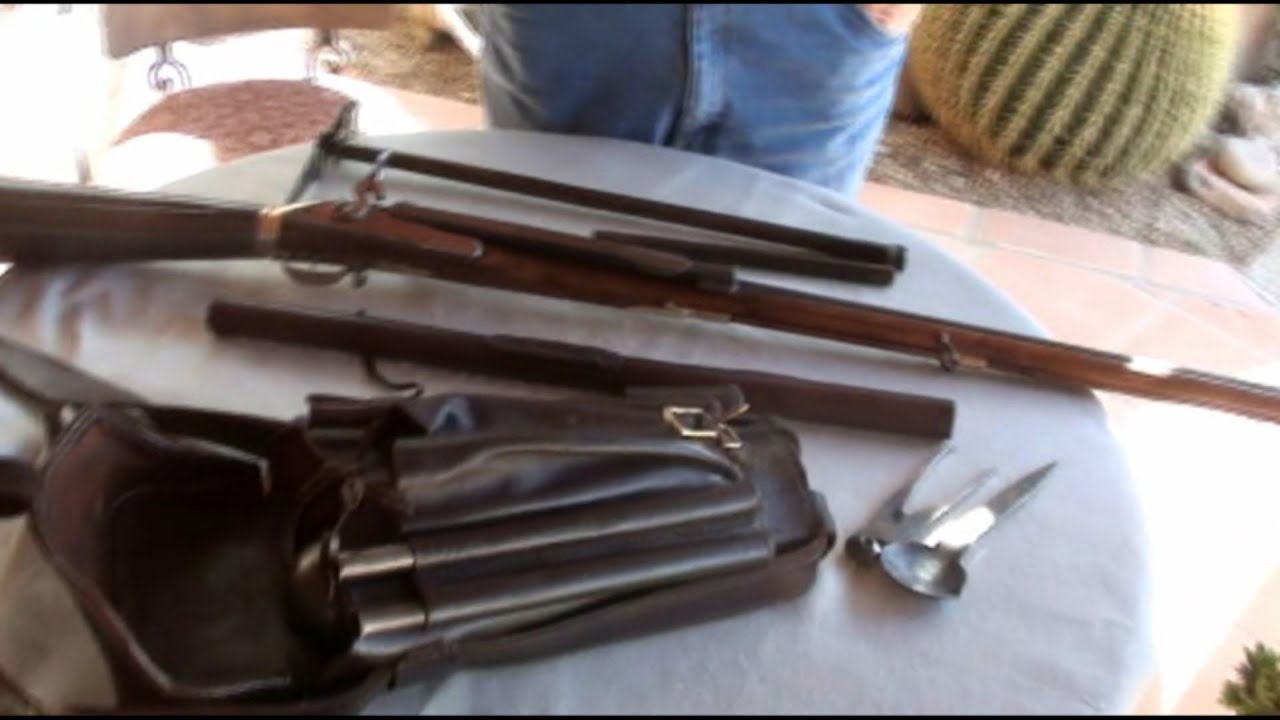 Girardoni air rifle with all the user kit

The major reason the rifle left service in about 1815 was it was very expensive compared to a musket, and had reliability issues with maintaining pressure in the reservoir or having the compressed air leak out of dried seals. Some innovations in technology, such as the early development of deep die drawing could make the air reservoir more reliable (making the air tank a one piece drawing rather than brazing two halves together).

A slightly sideways method of favouring air guns is the adoption and use of explosive warheads. Early explosives based on TNT were shock sensitive, so firing them out of a cannon or rifle was very dangerous, but the Sims-Dudley dynamite gun was developed as a work around for this. Essentially a small powder charge drove a piston down a cylinder, compressing the air inside, which was released into the main barrel of the cannon and drove the sensitive dynamite charge downrange.

While the Sims-Dudley dynamite gun had a very limited service life, a similar principle is used to power "light gas guns" These devices are used to accelerate projectiles to tremendous velocities, measured in kilometres per second rather than the "mere" metres per second of conventional weapons. While gas guns are mechanically more complicated than conventional firearms, hypervelocity penetrators unstoppable by anything but the thickest armour, or capable of reaching extreme altitudes or shooting over extreme ranges (hundreds of kilometres) would make them potentially devastating artillery weapons, suitably scaled down devices would serve as anti material rifles or long range sniper weapons in the hands of soldiers. 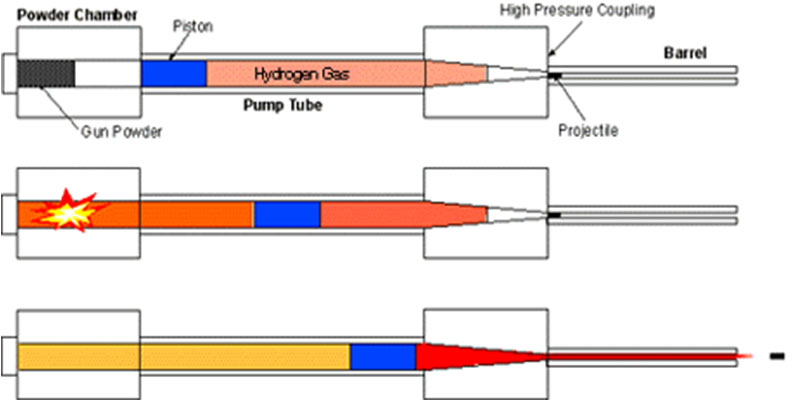 The Leviathan series had one of the factions using air pistols due to the explosive gases used in their living blimps. Perhaps volatile gases are in common use in warfare for some similar reason, or the atmosphere itself is prone to ignition.

Not the answer you're looking for? Browse other questions tagged technology firearms .

6
What planetary conditions would make computer and complex electronics useless, or at least difficult to maintain?
2
How could an advanced civilization have no more than a basic knowledge of biology?
3
Would people still be able to create firearms, machines and rockets as compact as modern-day firearms in a high-oxygen environment?
9
Is my space combat system realistic?
13
How could criminals make getaways in a world where public transportation is most common?
5
What weapon types would be most prominent in my gunless sci-fi world?