How to explain a planet with visible cosmos at daytime?

So I'm working on a fictional planet which would experience a daytime sky similar to this.

This particular picture is from the movie Valerian: City of a Thousand Planets. Fictional alien atmospheres that are similar to this have appeared in various sci-fi media but I'm wondering if such a sky is actually possible?

The fictional planet that I am working on should have a similar type of atmosphere. This planet is geographically similar to earth with the exception of its own unique flora and four (4) moons. It is also a human colony world of the far future.

It seems to me that such a planet would need to have a thin atmosphere, effectively making it unsuitable to human life. Is there a workaround for this or should I simply resort to pure fantasy and ignore the science?

This could be explained by these cosmic object being sufficiently close to the planet so enough light reaches them to render them visible during daylight hours. Not unlike how the moon is also visible during day time hours.

Multiple moons could explain the multiple visible planet like objects in the sky. It would however be unlikely two actual planets orbit close enough to be more than a pinprick in the sky.

(Sidenote) If that's the daytime sky, the night time sky must be an absolute light show. If these objects are as bright, your planet's nights would be akin to twilight. They're huge and even a full moon here on earth is enough to lighten up a dark night a little bit.

The reason we don't see many "cosmological features" here on Earth is in large part because there aren't any near Earth.

The solar system is essentially in the backwaters of the Milky Way; considering it "rural" wouldn't be wrong. Still, despite that, there are places in our solar system where more "cosmological features" are visible with the naked eye (to humans) for example, on any of the Jovian moons, the sky might be much more interesting: 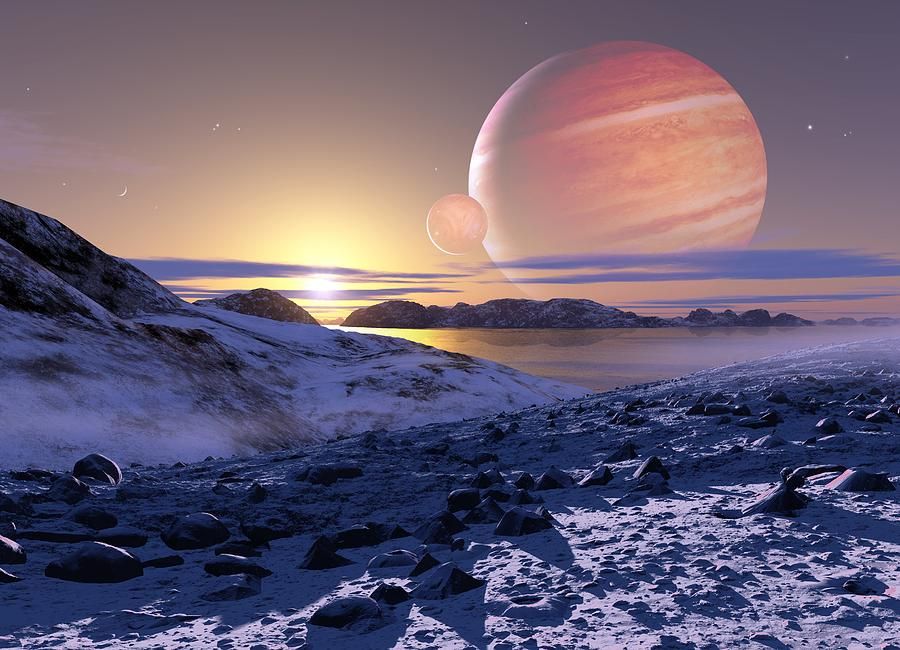 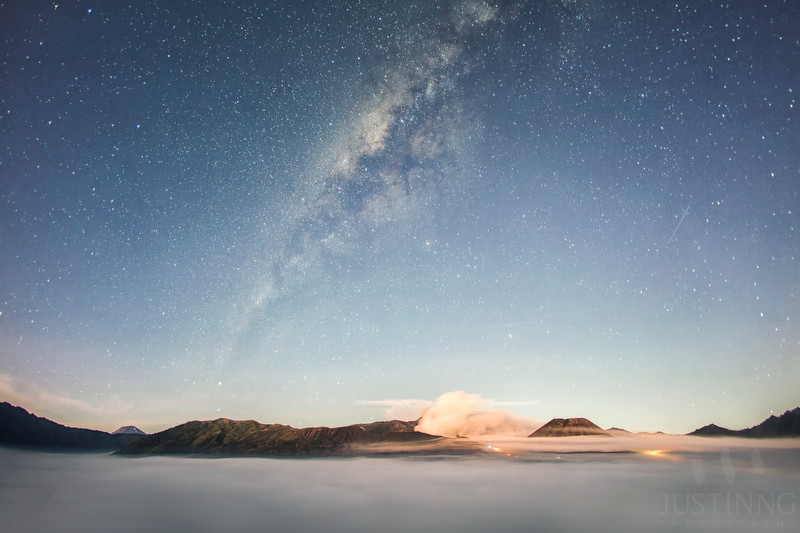 Maybe consider the star supporting life on the planet as a relatively dim red dwarf or something. This would prevent the star's light from overwhelming the other light from the cosmos.

Not the answer you're looking for? Browse other questions tagged planets science-fiction space atmosphere science-in-society .

6
Planetary rings: colour of the rings and sky
17
How could you keep a rogue planet warm(ish)?
6
What would life be like on a planet with high atmospheric pressure?
33
Terrestrial Exoplanet Skies – I've Built a Visual Sky Chart. Is it Correct?
9
How large can an apparent size of a moon be?
9
Can a planet harboring complex life be radioactively hostile towards Humans?