How would roads and buildings be constructed if universe does not allow parallel lines? [closed]

Imagine we are living in a parallel universe where the parallel lines can only exists as imaginary lines just not in the real physical world, how would road and skyscrapers work in such a universe?

Almost nothing on Earth is perfectly parallel.

Let's explore why with a few thought experiments.

Two people start on Earth's equator, facing the North pole. They are separated by 90 degrees of longitude - perhaps one person is in a boat on the Atlantic, the other on the Pacific. Since North is exactly perpendicular to each person, their lines of sight are perfectly parallel. They continue forward until meeting at the North Pole. Fascinatingly, their parallel paths of travel converged - because spherical geometry is non-Euclidean. This is true of any two "parallel" roads on Earth: they are not parallel in the traditional sense because they will meet at a finite distance - yet they are still geometrically parallel. If you really want to keep roads equidistant, you have to curve them and cut out some distance, which is why lines of latitude can appear "parallel".

Two carbon-nanotube skyscrapers of infinite structural strength are built next to each other. Their bases are congruent and parallel. They are expanded upward, all the way to the moon's orbit. As height increases, the distance between them increases, because they are perpendicular to the Earth's surface - which is curved, not flat. Even the two sides of each individual structure would begin to diverge, if not artificially curved inward - and this is true on Earth.

As long as your universe has spherical planets, these phenomena will operate in the same way. This is one characteristic of manifolds: they appear Euclidean (flat) locally, so you can draw parallel lines that appear to stay equidistant from each other to infinity. That doesn't mean parallel lines act "parallel" forever in our universe.

There are countless more examples; consider that light bent around black holes travels in a "straight line" despite being guided along the curved path of space-time. Everywhere in our universe has some amount of gravity; no path, nor any set of two lines, can be straight or equidistant forever even here.

Rather than assuming your parallel universe cannot have parallel lines, I'm going to assume it's in this universe, but parallel lines are a major cultural taboo and people go to great lengths to avoid them. (so physics works)

Architecture would likely use curves to avoid parallel lines. Skyscrapers could be built as cones or domes, and if necessary the floors could be slightly angled. Elevators would need to ascend on a curved path, possibly just attached to the outside of the building, with spiraled ramps leading up between levels.

Your city grid would likely be concentric circles with interconnecting lines. As long as the lines are (roughly) perpendicular when they connect to the rings, they will never be parallel no matter how many are added. 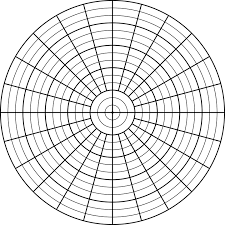 There's a chance that our own Universe doesn't accept parallel lines

Lastest astronomical findings may point to the fact that our Universe is not flat, but actually curved on itself, and is a matter of heated debate. On a small, human scale, it means nothing, but in the big scheme of things it changes the development and eventually death of the Universe (a "Big Crunch" in this case). So, if the Universe is curved on itself, parallel lines are actually impossible, they will eventually collide on one point, they only appear parallel because the scales are short.

Your Universe can be also curved, maybe even more than ours making this effect measurable in relatively shorter distances.

Not the answer you're looking for? Browse other questions tagged construction universe mathematics alien-geometry or ask your own question.

3
What would be the "scientific" explanation for having memories from a parallel universe?
5
How can I create an infinite space bound by another infinite space (or contained within it)?
4
Would humanity go extinct if suddenly a parallel magnetic field of 1T fills the entire universe?
1
How in general would molecular structures and interactions change if leptons were heavier or lighter than they should?
4
In what sense is the physical world effectively described by mathematics?
9
What would be some ways to balance energy/mass from a parallel universe to another when someone - or something - travels through a wormhole into it?
1
Effect of adding a fourth kind of radioactive decay