I am considering a mid to large sized creature, the loping quhambo. Maybe eight to ten palms at the whithers and maybe five stone in weight. It is a proboscidean mammal of some sort, though quite possibly not related to the oliphant.

I am curious about quadrupedal mammalian gaits. I know there are different kinds of gait, varying with speed and that there are different "foot placements" involved. Specifically, I'm interested in a 6:2 ratio -- for every six steps the relatively short hind legs make, the rather longer forelegs take only two. This is why they're called loping.

For ordinary loping along at various speeds, is this gait realistic / plausible with respect to known mammalian locomotion patterns. If so, does any living or extinct animal walk like this?

There is no way this is evolving.

there are many animals with limbs of drastically different lengths, none of them do this. With an alternating gait like that shown, limbs have to swing through the space occupied by other limbs during movement, if the limbs that cross paths are not all swinging at the same interval they collide and your animals falls, the ground is not uniform limbs end up displaced or slightly out of sync so a certain a amount of slop (space) has to be built into the gait.

Animals with limbs of different lengths move in one of two ways. First they swing the limbs alternatively (as drawn) and just move the longer one through a shorter arc keeping all limbs in sync.

Alternatively they swing the limbs in pairs (gallop or loping) and flex the spine back to increase the arc of the hind legs. That way they swing both hing legs forward at once thus increasing the distance they move. This allows for moving at more than one speed, but it is also way more efficient. Even gorilla who's hind limbs are half the length of the front limbs move this way. if the limbs can swing between one another, this is what they will use, but then the limbs have to swing as pairs (both hind limbs together, and both front limbs together) or both hind legs can collide with each other. The only way to get around this would be to make your creature ridiculously wide, almost wider than it is long. 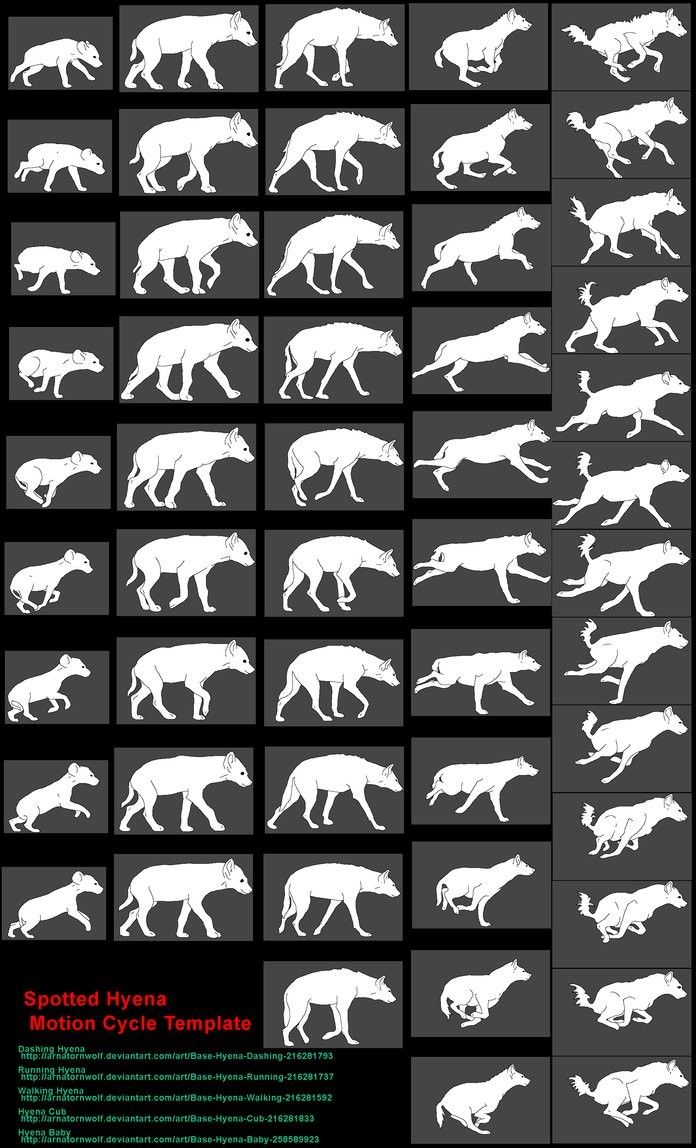 I think what you have here is a semi-bipedal locomotion. The rear limbs are used for propulsion. The fore limbs are used for balance. I would suggest that the weight balance would work better to the rear, but might not be there, depending on the evolutionary pattern.

I think there are similar techniques used by some apes. I could also cite human "cruising" behavior.

To me, the big question is: what caused to difference in limb size to develop? And what permitted the poor gait not to get them killed by predators? (I suspect either semi-arboreal or semi-aquatic.)

. . . at least none that I can think of. The long-limbs-short-limbs pattern makes walking more difficult so it usually only occurs when walking is not the animal's primary form of movement. For example: 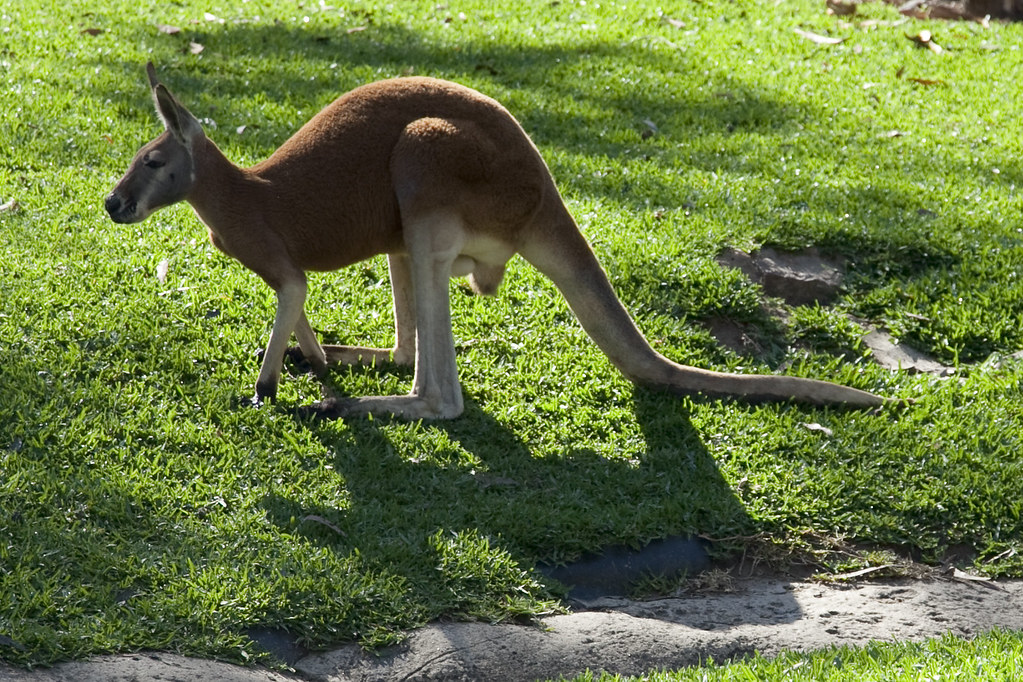 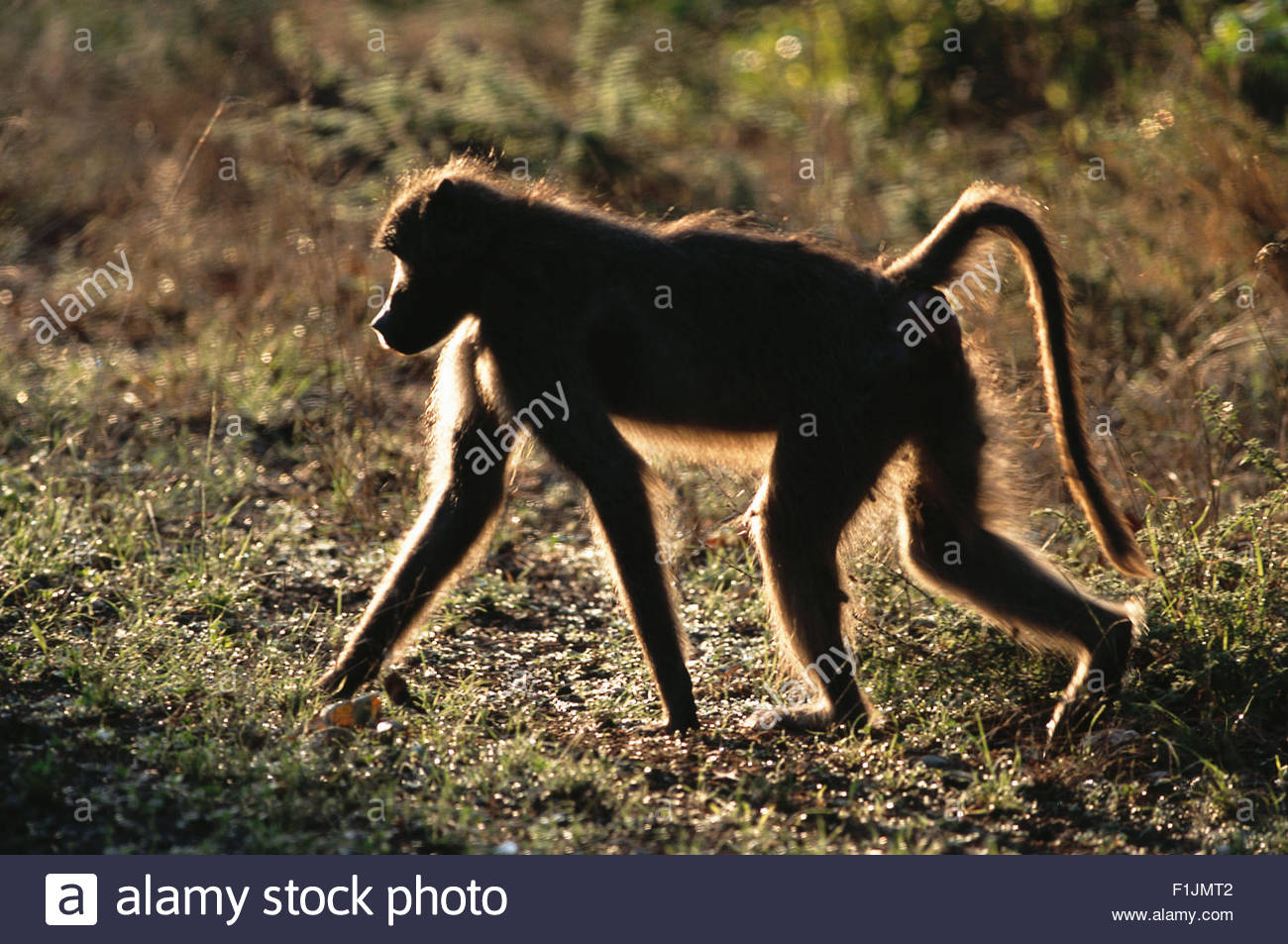 If you want to evolve an animal with an uneven gait I suggest start with the kangaroo and remove all predators, and all need to travel very fast or very far. Then the hopping movement is not needed, the animal converts to a mostly crawling movement, an thus evolves a more efficient gait.

The problem is that, with no predators or danger, there is no pressure at all, and no need to evolve to become more efficient.

Not the answer you're looking for? Browse other questions tagged reality-check creature-design anatomy or ask your own question.

17
Designing a creature with jaws to crush iron bones
5
What would the size constraints on my creature be?
4
Why would a creature only have feathers on its back?
1
Population math question
6
Could a creature use both infrasound and ultrasound?
3
Creature that increases its own lifespan by killing other members of its own species
4
Why would the front appendages be for locomotion?
3
Why would this creature have a head?
3
Would a spider-like digestive tract work in a larger creature?