How to make a dragon's whip even deadlier?

So, in my previous question, the two most popular weapons for a dragon were wings and the tail.

The core concept is that my slightly-larger-than-a-draft-horse dragon, who still only weighs a mere 500 kilograms, uses his tail as a whip. Dragon tails are long, but usually sleek and laterally compressed, sometimes dragons use them as rudders.

As you can see in this video, this model tail has enough power to it to shatter a jawbone.

However, this isn't enough, you can never overkill, when it comes to natural weapons (as long as the animal doesn't uses it on their kin).

Dragon bones are similar in composition to limpet teeth at the molecular level, granting them significantly more strength, albeit for only one direction. They're analogous to carbon fiber and other short-fiber composites.

Since between each other, dragons either wrestle like water monitors or compete on who can stay in the air longer, the most likely targets will be armored skeptics knights. The knights are almost always dismounted as dragons can startle trained horses from a distance.

Given these, how can the dragon's tail whip be even more deadly against armored, human enemies?

A part of the very tip of the tail forms quills that can be expelled at will upon a tail whip. This will would then have the velocity of the snapping tail, being supersonic, or at the very least trans sonic. It'd go through any armor like a hot knife through soft butter at those velocities. It would be comparable to a bullet from a pistol, or worse if it expels multiple quills or large one. These could also be venomous, in case just having super/trans sonic projectiles isn't quite deadly enough for you yet.

They can explode their tails at will. That will leave a mark!

Then they can regenerate the tail like a lizard or a salamander would.

For added fun, they could have loose, spiky bones around the tail vertebra, which will act as shrapnel when the tail blows up. Those might also be loaded with a venom similar to that of the brazilian hardon spider. Now there are two things you need to know about this spider's venom: 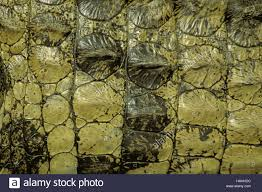 You can see that some of the scales on this crocodile have small ridges on them. Now what if the scales on the side of your dragons tails are very sharp and spiky? Against unarmored targets they will be quite dangerous and used to create nasty cuts, expeically if the power of the whips isn't strong enough to break any bones. But of course your knights are armored and the scales aren't likely wounded by the spik. Here the ridges work as lots of tiny hooks. They will hook onto a knights armor and make it easier for the dragon to throw them of their feet.

I hope I'm understanding this correctly. My first thought would be spikes on the whip. :)

Not the answer you're looking for? Browse other questions tagged science-based creature-design weapons dragons natural or ask your own question.

23
Creatures that intentionally blow themselves up

0
Would these structural reinforcements improve dragon wings?
8
Giving dragons more flight muscle
15
Dragons have a constraint on muscle mass that isn't dedicated to flight. What's the best natural physical weapon for them?
5
How to slay my acid dragon?
1
So, how do you ground a dragon?
11
How could dragon society avoid interacting with humanity?
28
Why would a dragon's underbelly be so vulnerable?
4
Increased flexibility for dragons?