What would life (some of it humanoid) be like on a planet with high amounts of silver?

The planet I’m developing has iron in low supply but a high concentration of silver. The planet is habitable for humans and for story reasons the sentient race must be humanoid. Is it feasible for blood to be silver based?

I'm no biochemist, but I don't think silver is a viable alternative to iron. Silver is quote:

a very inactive metal. It does not react with oxygen in the air under normal circumstances.

Assuming your native life breathes oxygen, silver is not a suitable replacement. Perhaps your natives breathe in sulfur compounds, which would be more reactive with silver - but such an environment would likely prohibit habitability for humans. Life on a human-habitable planet seems to be confined to oxygen-breathers, unless someone else can find a clever, non-toxic-to-humans, silver-compatible biology.

In the absence of iron, you could base your blood on copper instead. We see copper-based blood on Earth in many invertibrates, incluidng spiders, crabs, and octopuses. These creatures employ a protein called hemocyanin, which produces very alien, blue blood.

Check out this picture of horseshoe crabs being bled, and marvel at the azure liquid oozing out. This stuff is medically valuable, so scientists harvest a lot of it. 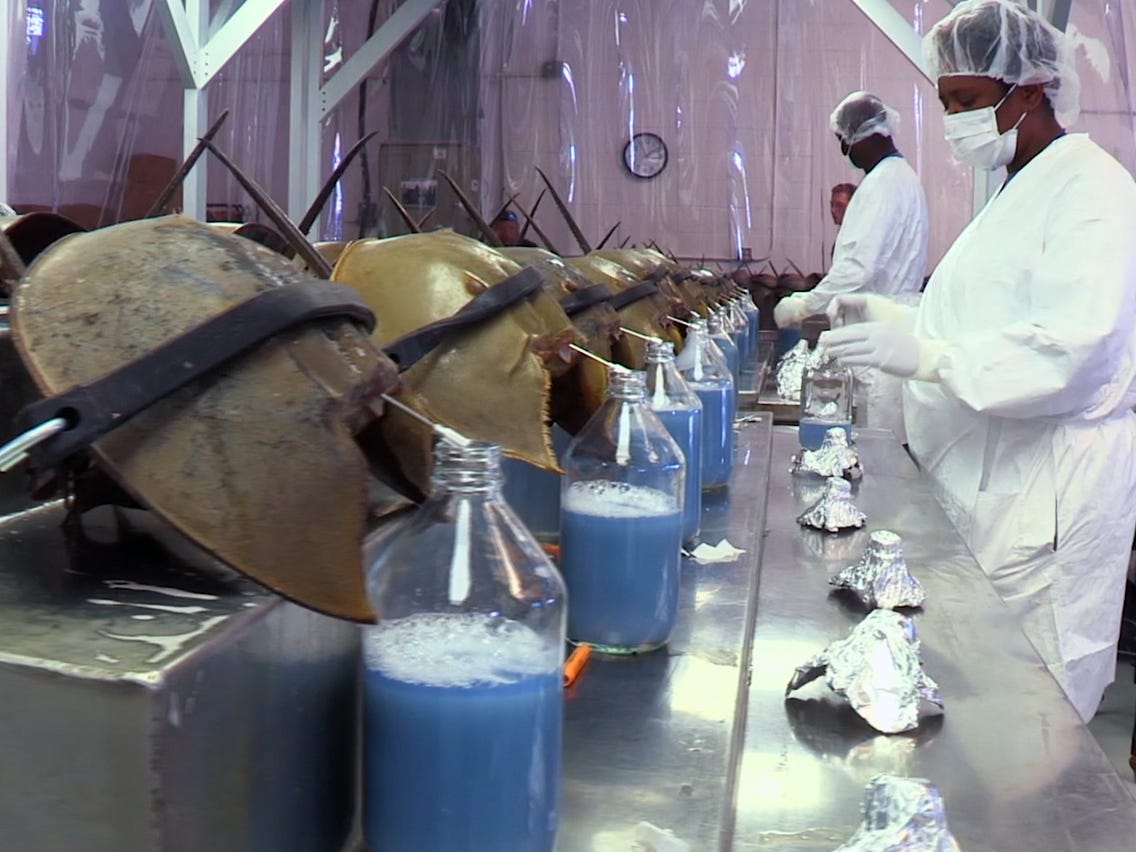 Copper-based blood is a completely feasible replacement for iron-based blood. Imo, your biggest problem is explaining an iron-deficient planet.

Not the answer you're looking for? Browse other questions tagged planets science-fiction or ask your own question.

100
Would intelligent life evolve any other body plan than humanoid?
6
What would life be like on a planet with high atmospheric pressure?
5
How would aircraft and air-life develop on High-G, Lower-Atmosphere planet?
32
In a post-apocalyptic future planet where robots are the only sentient life… why would they use wild-west and WW2-era tech?
1
Would it be possible to have three planets merge but still allow some life survive?
11
Humanoids in Super Earth
2
Is it possible for humanoid life to develop on a 1.4 G planet?