Can someone rate and critique my map? [closed]

this is my first time making a map or even world building, I tried to follow as much as i could some YouTube tutorial and created this map. Can someone give me tips and how to improve the map. Thanks!

There are the resources:

The circles are major cities.

I placed the resources in the map description! 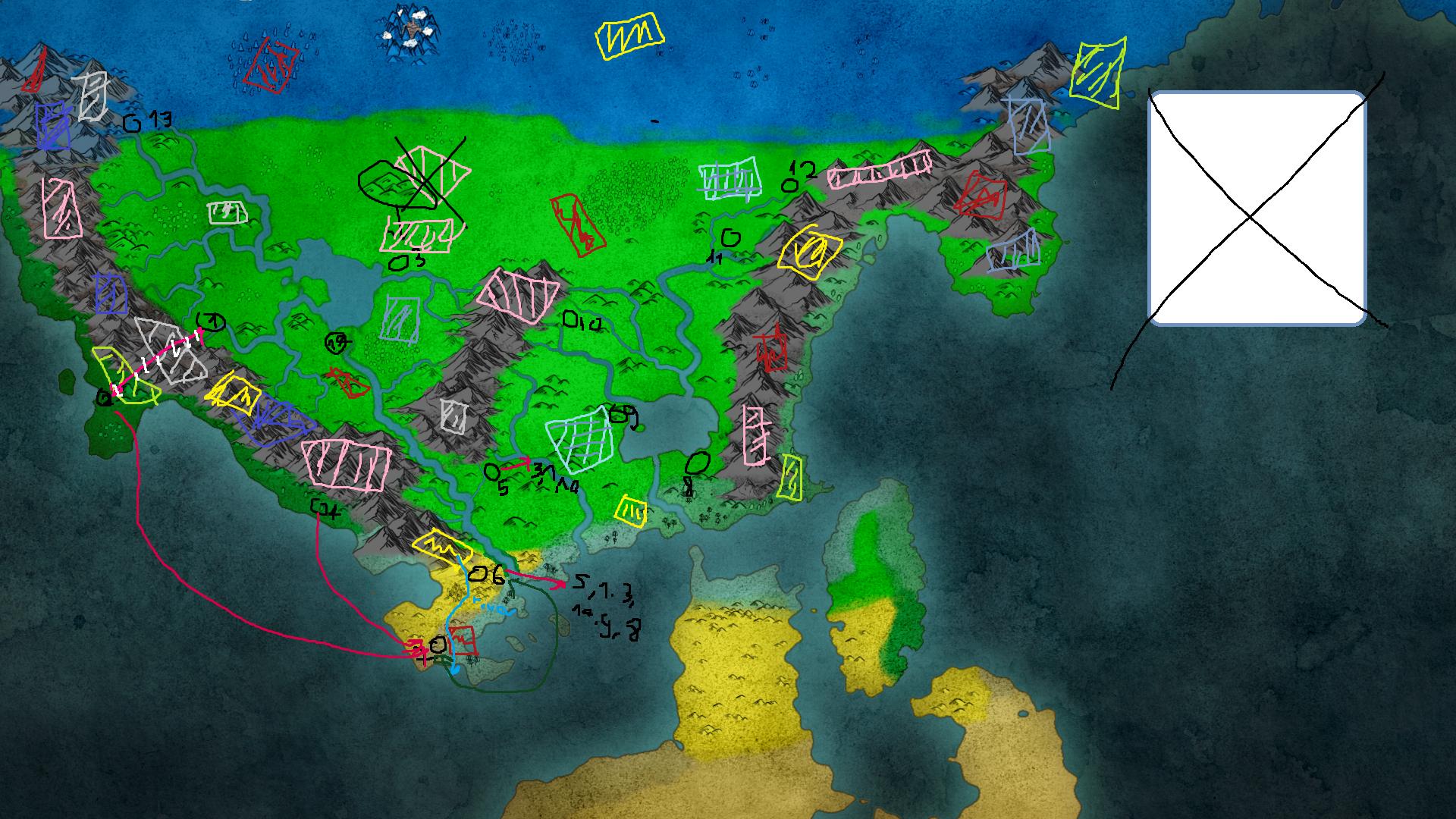 My big issue is your mountains. Typically large ranges form on one side of a continent. The Western Mountains would not fork like that nor would the eastern mountains curve as they do up north.

Your mountains also cause issue with your rivers. The western major river flows through a valley but given the proximity, it's not likely they'd go out to sea (rivers flow to the ocean and down hill. There is not enough space to have enough land to flow. It could be a platea but these look like ranges, not a sudden rising elevation. You also have a porblem with how all that water gets there because weather typically travels west to east or east to west depending on whether your position with respect to the equator and the tropics and arctic circles (0 to Tropics it's the direction of the setting sun, tropics to arctic it's the direction opposite of the setting sun, and above arctic, it's sun setting direction). Either way, the mountains on both coasts would mean the interior is desert with no rain that would penetrate the ground and replenish the source of the springs or the rivers. And yes, the U.S. does have an eastern and western mountain range but the eastern range (Appalachia) is more of really really big hills when compared to the Rocky Mountains (The Rockies are actually the North American prortion of the same super chain that becomes the Andes in South America. The Super Chain goes from the tip of Argentina and Chile and all the way up to Canada.)

Mountains are also important in river directins as the are typically continental water divides. The Rockies in North America are an imaginary line where water will flow either east or west depending on which side of the mountains it falls o. So if all rivers flow north to south, it will likely form a large mouth, rather than three smaller ones. Look at the Amazon River. In South America, the Andes are so close to the coast that almost all water flows west to and most of that water flows to the Amazon River's mouth, which is why it expels more water than any other river in the world... and fun fact, but by the time all the tributaries actually converge into the Amazon river, there is already more water flowing in the river than any other river in the world... and it's still got more water to collect.

Not the answer you're looking for? Browse other questions tagged map-making or ask your own question.

4
Making the Marauder's Map: Can I make a map that changes?
7
Default map projection
22
How can I create a map of a rapidly-changing world?
11
Quick-and-simple point-and-click cartographic software to easily make a basic map
3
Is my fantasy map unrealistic and/or too small?
8
Can you critique my sea temp map and answer a couple of specific questions?
6
Advice on accuracy of world map
5
Climate Map Climate