What makes one pole of a planet north vs south?

Given a planet without any relationship to Earth, what does it mean for the poles to be "north" or "south"? Is it something arbitrary that can be changed?

tl;dr - North will be whichever pole is oriented most closely to Earth's north pole.

If the planet is "without any relationship to Earth" as in not in this universe, then it's completely arbitrary. 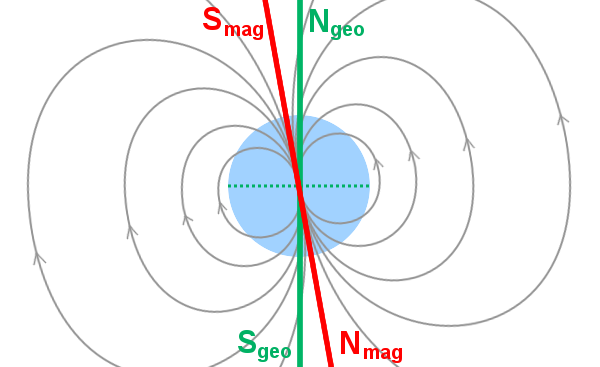 For planets in the solar system-

For planets in our galaxy-

First off, any of the cardinal directions can reasonably be taken to be the base one from which we start measuring the others. The modern world has largely settled on north. Medieval Europe used east, and China used South at one point. In Tolkien's middle earth west was the primary direction. The term "orient" to mean pointing something in the right direction derives from when European maps had east at the top.

I will mostly be addressing north, and to a lesser degree, east, but you could flip things and start with west or south just as easily for an alien culture.

There are different kinds of north (and the other cardinal directions as a result).

Geodetic and celestial directions are based on how the planet spins. The difference between them is tiny and relates to differences in what the 'centre of the planet' means. The geodetic poles are where the axis of rotation of the earth meats the surface while the celestial poles are where it meets the notional 'celestial sphere'. The celestial poles trace out large circles over tens of thousands of years as its axis 'wobbles'. The land or sea at the poles varies with tectonic drift over millions of years.

The grid poles are where the meridians of longitude meet. Because of the slight lumpiness of the Earth we have many different coordinate systems. fictional worlds really don't need that level of detail so you can merge the grid poles with the geodetic and celestial poles.

So, if we now have a pair of geodetic poles, and maybe a pair of magnetic poles, that leaves the question of which is the north pole vs the south pole.

If you look at Earth from above its north pole, the planet rotates counterclockwise. Since this is tied to the rotation which defines the axis which defines the poles, this is a good candidate for "northness" such that we can apply the word beyond Earth. Venus is rotating the opposite direction so Venusian north is pointing in roughly the opposite direction to Terrestrial north. Uranus has its axis roughly in the plane of the ecliptic, but we can still easily identify one pole as north using this in a way that is meaningful for the planet. Magnetic fields change (Earth itself), may not align with the rotation (Uranus), and may be patchy or negligible (Mars, most moons).

Equivalently, you can look at the stars. The north pole is the point where the stars rotate clockwise directly overhead, and east is the direction where stars move straight up.

Treating the direction from which a rotation appears to be counterclockwise as positive(Or conversely, treating counterclockwise rotation as positive) is called the "right hand rule" and is a common convention in mathematics, many sciences, and engineering. Left handed coordinates are also possible (And are used in computer graphics), but it's important to keep things consistent.

This is how the IAU defines north for dwarf planets, asteroids, and other sub-planetary bodies. The IAU has a different, older definition of north for anything that's planet sized or bigger. The solar system rotates, and so it has poles, and the pole closer to earth's north is system north, and for all the planets in the system, north is whichever pole is closer to that. To go outside of the solar system, you do the same trick with the rotation of the galaxy, and then pick the pole closer to the pole of the galaxy that's closer to Earth's North. Since the axes of rotation wobble, this can cause IAU north and south to flip as an axis crosses an imaginary plane dividing the universe in half. Smaller things tend to wobble more, which is why the IAU switched to the right hand rule north for dwarf planets.

By the IAU definition, north is undefined and meaningless without Earth, the solar system, and the milky way. So, you could say a fictional world in an Earthless universe has no north; the poles need some other words to identify them that can not be translated to "north" and "south". You could also assign the real world words to poles arbitrarily. Finally, you could use the

On Earth everything rises in the east and sets in the west. Assuming you use right handed north, the same tends to be true of other worlds, but not necessarily.

Except in the situation like Mercury that a planet is both rotating even more slowly than if it were tide-locked to its sun and rotating the same direction as its orbit the sun will rise with the background stars in the east and set in the west. whereas on mercury the sun rises in the west. If it's tide locked, the sun will not rise and set on opposite sides of the sky like on earth but will instead follow a figure 8 path through the sky over the course of a year. So for a sunrise in the west, you need to have a day that's longer than a year like Mercury.

There are other ways to create cardinal directions although it's a bad idea to call them "north", "south", "east", or "west": you can treat some other point as a pole such as a holy city and have toward, away from, to the left of, and to the right of that pole as directions. Another option is seaward, landward, along the cast with the sea on your left, along the coast with the sea on your right which are defined in terms of an area.

A culture might consider toward/away from the equator more significant than north and south although that seems unlikely. Some real cultures consider 'centre' or 'not going anywhere' a 5th direction equivalent to the other 4. You can also treat four cardinal directions as 2 just directions with positive and negative polarities. Up and down (elevation) can also be added for the three spatial dimensions. Time is another physical dimension with past and future as cardinal directions. A culture might consider other opposed concepts as being akin to a dimension that can be moved along such as good and evil.

Edited 7/25/2015: based upon discussion in the comments section, I've updated this answer to reflect the IAU standards

Ultimately the selection of label for geographic North and South pole is arbitrary. However, as in many things related to science and engineering that are arbitrary, the field has adopted a convention which should be used to ensure that there's less confusion when referring to the poles.

Planets and their moons

The IAU has adopted a standard in which planets and their moons North Pole is defined as:

as the planetary pole that is in the same celestial hemisphere relative to the invariable plane of the Solar System as Earth's North pole. This definition means that an object's direction of rotation may be negative (retrograde rotation)

The IAU uses a different standard for the "minor" bodies of the Solar System. This standard or convention is called the Right Hand Rule to determine which pole is the North vs. South pole. 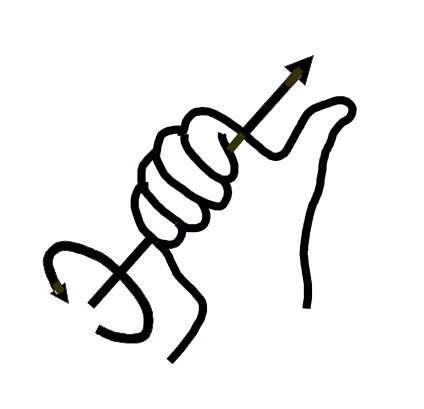 50
What would a planet spinning fast enough to allow geostationary orbit near the surface look like?
1
What can be determined about an Earth-like planet, just by looking at a map?
6
Geography and Appearance of an nitrogen/ammonia planet
4
Geography of a Super Venus
3
Cardinal direction names at a north polar moon base?
20
What would it take for an island to sink and rise yearly and naturally