Could the Goliath monster from “Evolve” (the game) feasibly exist

My first quest on this platform was, could the Kraken monster from “Evolve” (the game) feasibly exist, which I planned to follow up with the rest of the playable monsters.

The height of the Goliath is said to be 20 feet, but when old, can reach heights of up to 60 feet. It’s body is very muscular and is described as being a saurian (like a lizard)/humanoid beast with a incredibly thick hide. It’s head is round and well protected, and is connected to the rest of the body at the back of the neck instead of at the base of the skull.

The neck does seem to posses gills or gill like structures, however I don’t seem why it would need them. The Goliath is bipedal and stands on its hind legs while fighting, but runs at greater speeds when on all fours. The back of the creature is is covered in specifically placed spikes and barks, which for all tense and purposes, we’ll say that they grow with age. Also, when in its in old age, it’s body will glow in a lightly or slightly bright light red. Lastly, it has a tail that is also covered in barbs and spikes that angle to a point.

It’s abilities include leap smash, which results in it jumping up and slamming its fist into the ground, charge, in which the monster essentially runs on all fours in a straight line by trying to ram itself into said target, rock throw, which means that the Goliath grabs a boulder or a bunch of massive rocks and hurdles them towards the target, and lastly, fire breath, which the means that the Goliath breaths fire, much like a dragon would.

What conditions are needed for the Goliath to exist 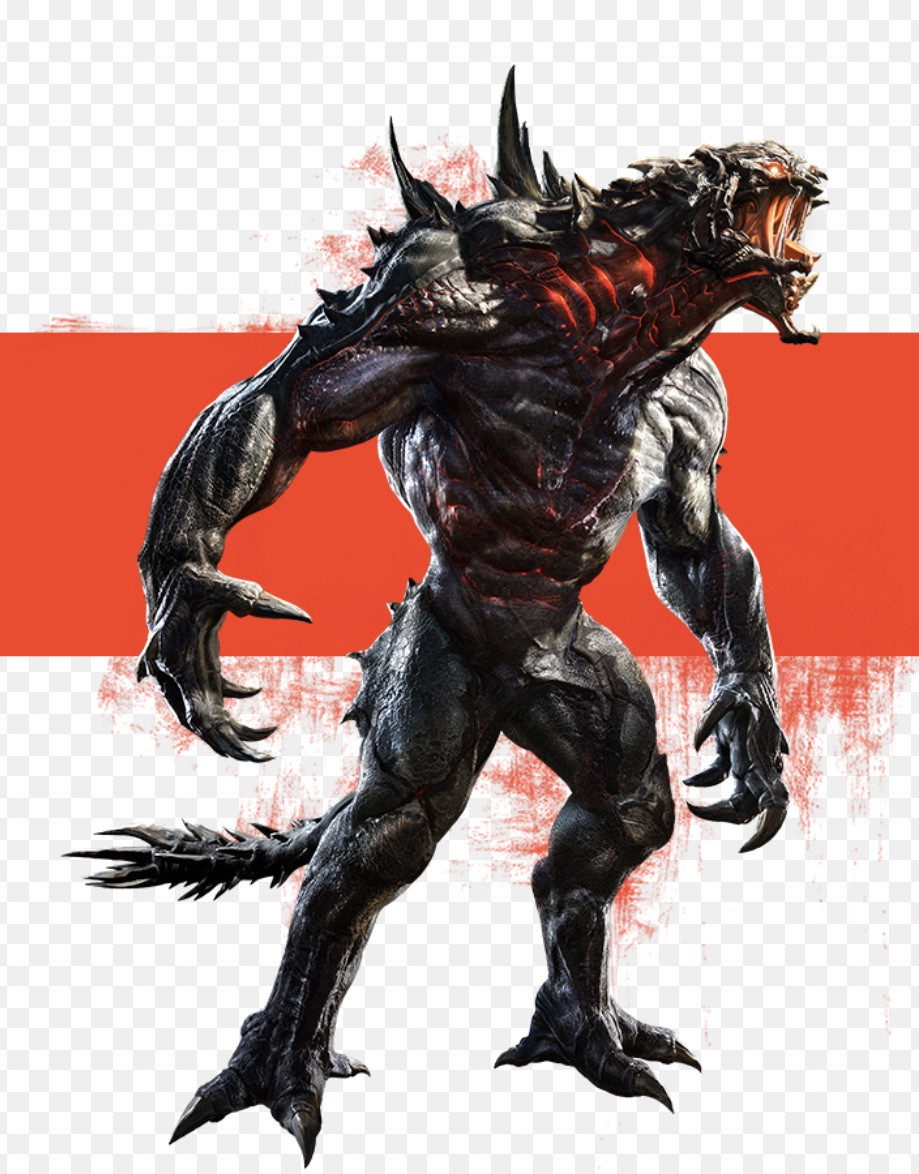 My first instinct is to say that this is totally plausible and just a reskinned dinosaur. Except, it's not. If you take a look at the Goliath's muscle structure around the chest and pectoral region, it's clearly based off a human's physique and a bodybuilder's one at that. So let's get something out of the way - 60 feet bipedal creatures do not exist with that kind of muscle structure.

Compare to the Giganotosaurus carolinii, one of the largest of the bipedal dinosaurs. Notice that how it's structured so that it can be supported on those legs. Now, look back at Goliath, and notice that it's not structured like that. So, for the sake of feasibility, we're chucking bipedal out the window. The Goliath is now a quadruped.

The second thing we're chucking is this 20-60ft size range. It's plausible for a creature to grow that much during development, but to have an adult Goliath be able to range between 20 to 60 feet is like having an adult human be able to range between four to twelve feet. We are standardizing this thing at 20 feet, which is a little larger than I would like, but still doable. (For reference, an ankylosaurus was around 6 meters in length, so just under 20 feet, but that includes the full tail.)

As for attacks - half of them are just normal attacks, so that's fine, though I hazard to guess that the goliath isn't going to be able to jump as high realistically as it does in-game. Throwing a boulder - not so much. The dexterity necessary to hurl things is kind of a human trait, (but we're not giving it a human torso, see above), so it can roll the boulders at best? Yeah, surprisingly, this is the most implausible. As for dragon fire - it's been discussed on this site previously, the general consensus seems to be a bombardier beetle mechanism.

Not the answer you're looking for? Browse other questions tagged science-based reality-check creature-design xenobiology .

188
How could dragons be explained without magic?

7
Help me Explain this Alien's Traits
3
Could a tetrapod evolve from a hexapod?
2
Would a creature with a ceaseless hunger feasibly exist
5
Could bipedal humanoids evolve from bears?
4
Could a creature evolve a cubic brain?
3
Could my species exist naturally
5
Anatomical Review: Would the way I designed this semi arboreal Imp be biologically feasible?
2
How would ground pressure effect cyborgs of varying weight?
2
Best place for wings on a dragon-eagle