can human sized humans feasibly live on an immortal dead human the size of Earth?

it sounds like it's an impossible thing, but what i mean is that the immortal is dead, but its body isn't decomposing. it has about the same atmosphere as earth as well. it could be curled up into a ball, be man or woman (which would be better?) and be dead but luckily it's made out of meat. would all humans just turn into carnivores? could humans feasibly survive on an immortally dead earth-sized human? the body does regenerate slowly after damage. they have hair, and nails and all that junk. the seas of the earth did stay and fall to the center of the bodies gravity. you can get it from the sides of the body, and near the legs. i could probably also have a moon orbiting as well.

if the earth itself turned into a dead immortal human

We are talking of an earthquake of magnitude screw you in the Richter scale. I don’t think human survive.

OK, humans are saved by magic. There is a planetary size undead human. So yay!

What happened to all the plants? Without any ground to take nutrients from… if they are any around, they are going to die. The humans run out of oxygen.

In fact, what oxygen they have? If the ocean fell to the center of gravity, the atmosphere did too.

Alright, alright, oxygen is magic too.

A singe organism does not make an ecosystem, however, this one is self sustaining, so let us say it generates the oxygen it needs to breath or something like that. Or perhaps it doesn’t, that would explain why it is not very alive despite its immortality… However, for the sake of argument let us say it does.

Well, plants, if there are any, they don’t last long without ground. Anything that eats plants will follow them to death. Thankfully there is meat below people’s feet.

Keeping in mind that this meat does not decompose. If it can be eaten raw, I’d have to assume that gastric acid is enough to break it down. Otherwise, people can’t metabolize it… and that would be that.

What about the water? 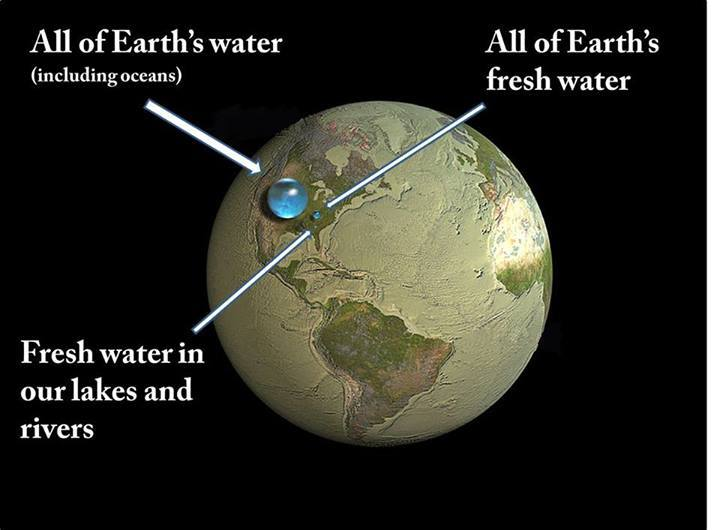 All the water on earth takes very small size in comparison. And that thing is at the center of gravity? So, near the belly button, right? Did the mystic planet size human have an umbilical cord? I digress...

Getting to the water would be prohibitive, virtually impossible.

We need to get to the dermis to get some blood vessels. In a human that is about 100 micro meters.

Assuming the human kept the mass of the earth, we have a mass ratio of 9.6×10^22 (Thanks Wolfram|Alpha).

And multiply by 100 micro meters. So the epidermis is 4600 meters thick (Thanks Wolfram|Alpha), the dermis is below.

Viable, but not without anything to drink.

Alright, I invented that there is oxygen.

Make an atmosphere, make it rain. Let the plants grow on the skin of the giant. Let the ecosystem survive.

would all humans just turn into carnivores?

No, there are plants.

could humans feasibly survive on an immortally dead earth-sized human?

Yeah, it is a whole ecosystem.

Sure, if backed up by an entire ecosystem.

You'll need rain, or at least rivers or aquifers for water (blood aquifers probably won't work, too salty). So is the body surrounded by water somewhere that can evaporate and fall?

You'll need plants. Human's can't go pure carnivore, you'll get scurvy and other nutritional deficiencies (if they could dig to the liver and eat it that would prevent rickets, but at that size we are talking impossibly deep digging). But, one may assume the layer of dead skin cells on this giant are thick enough to support a root system for plants (which of course, also generate oxygen).

The plants can't survive without insects, but they can adapt to pretty much anything so we can assume new and delightfully creepy crawly varieties will begin to populate the flesh. And of course the insects need animals to eat off them, birds or small mammals or something.

You're essentially creating a whole ecosystem for the giant. A really cool idea. The main thing to remember is the lesson we learn from the Galapagos Islands, which is that any open niche is eventually filled any type of animal adapting to it, be it air or tree or ground or scavenger or hunter.

But if the question is could humans survive without an ecosystem supporting them, just eating the flesh and purifying the salty water? Even with good tech, I'd say not more than a year.

Yes. Even if the earth sized human was dead it would take an extremely long time for the rest of its gargantuan body to realize that. Basically as long as you had an atmosphere,a source of oxygen (algae mats in water and trees adapted to draw on the blood of the gigantic humanoid) and food;of which there is plenty assuming means of harvesting it. Then yeah,humanity could survive. I mean I'd be terrified of whatever immune system it had,parasites and other beasts adapted to live on it but sure.

Water would accumulate in wrinkles,blood in surface and subdermal injuries,and that is not to mention the possibility of tear ducts and sweat glands weeping endlessly for a supply of slightly oily and slightly salty (but not dangerously so) water.

If the giga body over time became cancerous that would lead to some disruptions. But it would take years or even decades for them to be evident in a region. I recommend setting up somewhere with hair (giant keratin trees),near surface arteries (blood is a vital supply for food and water),near sweat glands or tear ducts (easy water if not by a wrinkle lake) and away from the lymph nodes (because giant white blood cells are a bad thing).

Earth is roughly spherical and yet we see many different variations in living conditions. The sphere we live on enables a roughly even distrubution of attributes (e.g. water, air, gravity) which enables plant life and animal live to thrive and move around. Instead of Mt everest imagine a mountain 200 miles high, most of which would have not atmostphere.

If you can manage without planet like resources and we imagine a smaller than a plannet object which is being used as say an astoriod or space station then this could work, but you need to bring everything you need with you.

If you have basic thrust then this could create a gravity of sorts, but only as long as you are accellerating, or maybe you spin the body around the centre and live in the hollowed out head using spin gravity.

If you invent a few syfy things like a gravity generator and treat everything about it like a space station it becomes more do-able. But organic natural life would not develop. Only if they arrived and changed things to make it work.

You need to read this "What If?" post on XKCD which speculates on the possibility of a mole of moles. Your Earth sized humanoid is larger than a mole of moles but the principle is the same, and pretty hideous. It will collapse under gravity to form a hideous sphere of rancid bubbling meat, heating until the decomposer bacteria die off and then going into a deep freeze.

There's a video game called Xenoblade Chronicles where people on two giants, one called Bionis with organic lifeforms and the other called Mechonis, with mechanical lifeforms. It's a really good game I'd recommend checking it out. Take into account the environment on this dead human. Is there organic life, plants, fauna? How do people breathe? How does time work? Is there day/night cycles or something else? How does gravity work? Any technology?

These kind of questions will help you think and flesh your idea a lot more. But it sounds very interesting. Good luck :)

Not the answer you're looking for? Browse other questions tagged humans earth-like food or ask your own question.

15
How would society be different if humans possesed natural fur covering?
7
What would a village built out of human remains look like?
62
How can humans coexist with an intelligent carnivorous species?
6
Human baby raised by elephants, plausible?
57
How can an organ that provides biological immortality be unable to regenerate?
5
Self cannibalism - Why no fat?
6
What is the minimum viable ecological pyramid a terrafoming project would introduce to world with no life to make it suitable for humans?