Feasibility of creatures with long forelimbs?

I'm working on a novel that takes place in a fictional universe which involves creatures with long forelimbs and short hind limbs. Some of these creatures includes amphibians , reptilians and mammals. I want to know what type of environmental factors could lead to this type of evolution. 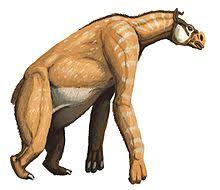 First I want to point out that we see on earth a large diversity in limb length, but almost no diversity in number and arrangement of limbs. It seems that evolutionary forces can change limb length very easily even when other things are very hard. If most of the mega fauna have a similar proportions of limbs, then you would suspect convergent evolution rather than a single long-forelimbed ancestor.

The most common arrangement in real world animals is that the front and back limbs are similar lengths, especially if all 4 are used for walking. Think horses, cats, and lizards. Since long fore limbs are the exception, lets look at why that exception pops up.

There are three main groups of long forelimbed creatures:

This seems to be the most common.

When forelimbs are used for primary method of movement like flight or climbing, then hind legs are often short. Flying birds often have wings that are much longer than their legs. Look at the long, gangly arms of gibbons, orangutans, and sloths. There are exceptions. Most lemurs have longer legs than arms, and some flying birds (like storks and flamingos) have long legs, though many times their wings are even longer.

Forelimbs are used for walking sometimes so must be long enough to touch the ground while remaining partially erect. There are not many examples of this. Gorillas.

Long forelimbs let the head be high up in the air. A giraffe's forelegs are only a little longer than their hind legs, but they are longer. This seems to be more common the fossil record. Brachiosaurus type dinosaurs are the most extreme example, but it's also seen to a lesser extent in ancient mammals like the giant ground sloth. It's pretty much only a herbivore thing. Carnivores don't get as much use out of tallness since they don't hunt trees.

What environments requires your to be either bipedal or tall?

You have huge, continent spanning forests where heavy, toxic fog periodically seeps out of the ground. Creature must either be tall enough to breath the good air above the fog, or nimble enough to scamper up the trees. You could imagine that most successful creatures are either tree swinging climbers, or tall tree eaters.

As the other posters said, the long forelimbs are not at all uncommon, and they covered it well. The short hind limbs are more unusual. A reason they would have evolved to be short is that there was a strong selection pressure during their evolution to increase their size. With increased size comes the issue of blood transport to the brain.

Now imagine an animal that does not need a long neck. The same problem could still occur in a 3m tall Ape, but if the selection pressure was on, for example, arm strength, rather than head height, then they may evolve to keep the elevation of their heads to a minimum while allowing for the maximum size of the arms could very well result in the picture you posted here, if the animals are gigantic. This also may explain it if they appear to prefer walk on all fours rather than be bipedal

I want to echo what the other contributors have said: limb length is extremely variable in animals and while you might get some animals or even entire clades with forelimbs longer than hindlimbs you will get just as many species for which fore- and hindlimbs are equal in length, or forelimbs shorter than hindlimbs.

Hyenas and Homotherium both have forelimbs that are longer than their hindlimbs, this is thought to give them a stride that is energy efficient and gives them great endurance for long-distance chases. Hyenas in particular can run for hours without tiring. Giraffes may also fall into this category to some degree, in addition to being browsers.

Gibbons have forelimbs that are much longer than hindlimbs, mostly because of their brachiating method of movement through trees. Sloths too, kind of.

Bison don't exactly have forelimbs longer than hindlimbs, but they are front-heavy due to their hump. This allows them to pivot and turn really quickly so they can always keep their horns pointed at an attacker. Long forelimbs could possibly do the same job.

One reason why examples are rare may have to do with the functional problems that long forelimbs put on an animal, some of which hindlimbs do not. First, having unequal forelimbs and hindlimbs means the two set of limbs have to have different stride rates, which can be somewhat inefficient because the limbs get in the way of each other. This is why hyenas lope. Secondly, long forelimbs can make it harder to bend down to drink (exhibit A: giraffe, note how the forelimbs are more splayed than the hind limbs) 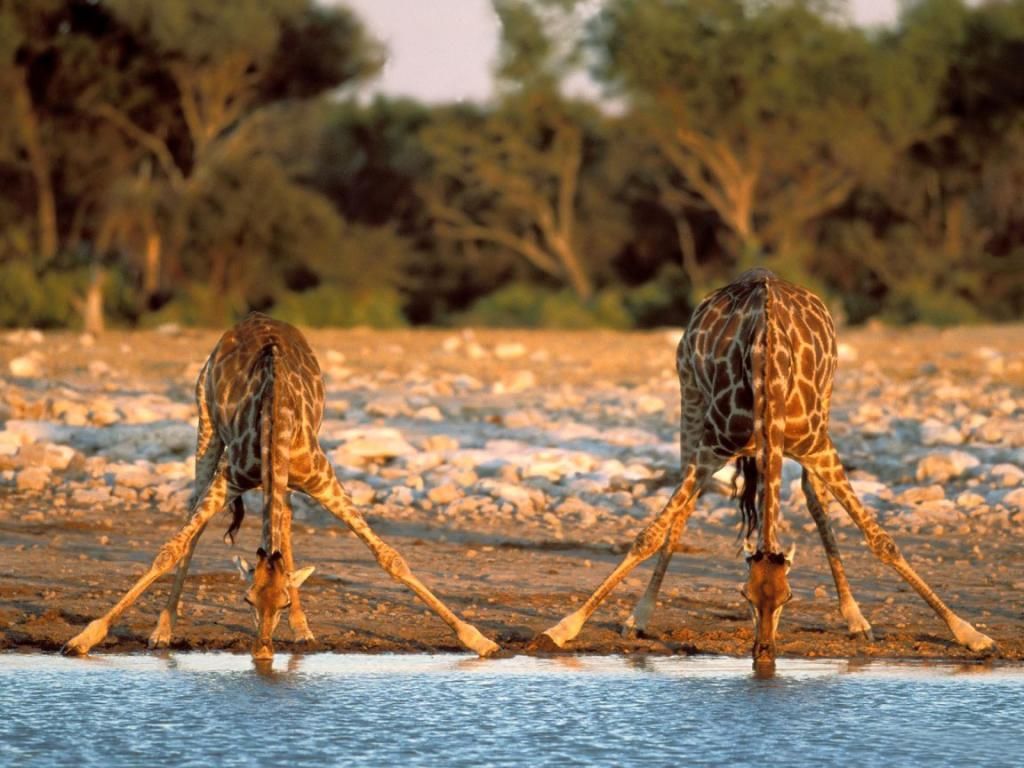 This is much less of a problem if the two sets of limbs are of equal length, or the hind limbs are longer than the forelimbs.

Not the answer you're looking for? Browse other questions tagged science-based biology creature-design evolution .

4
Why would my race have arms much longer then the legs?

10
What is the ideal time period for 'forgotten history' novels/stories to take place and still end up with our history?
9
Method to share genetics beyond traditional sexual reproduction
10
Alien Griffin Design
15
What would a hexapodal skeleton look like?
4
How long would it take for an animal (feline, in this case) to evolve into a humanoid-type being?
6
Feasibility of tzeentch inspired species