I'm designing a magic system for my story in which the characters can passively or actively accumulate "magical energy" (haven't decided a name yet) and they can use the magic to perform various super powered techniques. I decided to classify these techniques into tiers described in the site, where tiers are defined by energy output : https://vsbattles.fandom.com/wiki/Attack_Potency

My question today is how much energy must my character accumulate and output for them to propel themselves through the air?

Assume the characters in question is an average human.

Propelling through the air is a bit vague description of what you want to achieve.

Let me take myself as "average human", call me Medioman...

If I want to be cricket man and reach the roof of a 10 m high building, I need to get 9 kJ of energy.

I hope you got the general meaning by now: the amount of energy you need to get depends on how high you want to jump, according to the formula I gave above. 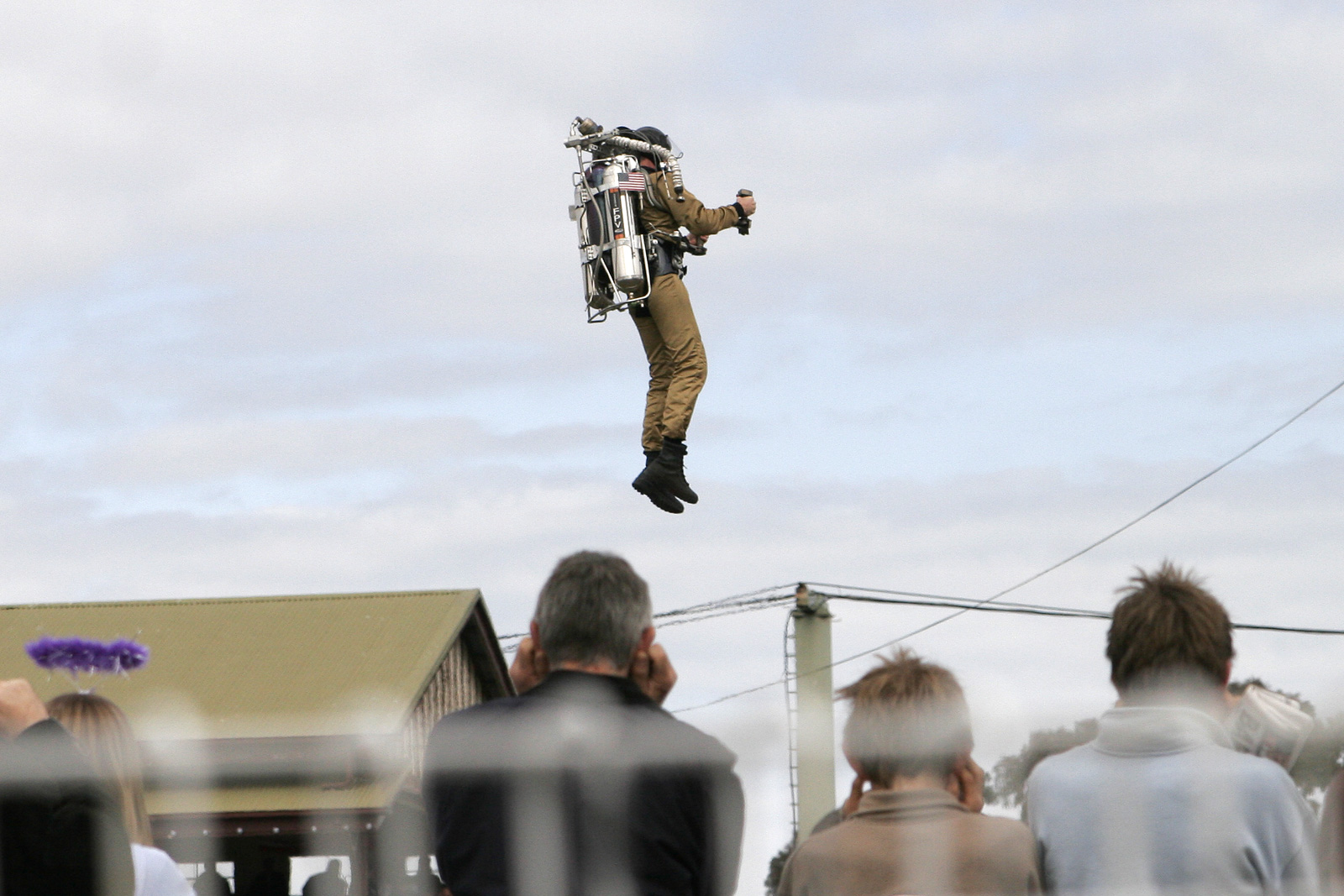 You can fly ~250m horizontally, which is pretty good for clearing obstacles, and 30m which isn't quite enough to clear a tall building in a single bound but it'll certainly put you on top of a mid-sized building. It gives you a whole 30 seconds of flight time, using 23 litres of hydrogen peroxide as it does so. I can't find what concentration of peroxide it used, but lets assume it is the same as wherever the hydrogen peroxide monopropellant figures came from in this table. Those 23l of fuel have ~87MJ of useful energy in them. Quite how much goes into actually producing useful thust is anyone's guess, but if it were as low as a third you end up with one megajoule per second of flight but it could be as high as 3MJ per second.

That's... not great, but such is the nature of rocket-propelled flight. You don't need to make the same compromises though, because magic!

The equivalent high-efficiency jet engine might accomplish the same trick with a 40th of the fuel, if you were feeling optimistic, which brings the cost down to ~25kJ per second of flight. That's still high, but not excessive. When combined with something that gives you a decent glide ratio, like a wingsuit you can combine a brief jet boost with a longer swooping descent; certainly an energy efficient way to go.

The closest you'd get to cruise-phase superman flight is perhaps Yves Rossy's jetpack. That uses four miniature jet engines, and should consume no more than 5.2l/minute at full power and develop slightly more thrust than the RB2000, to boot. 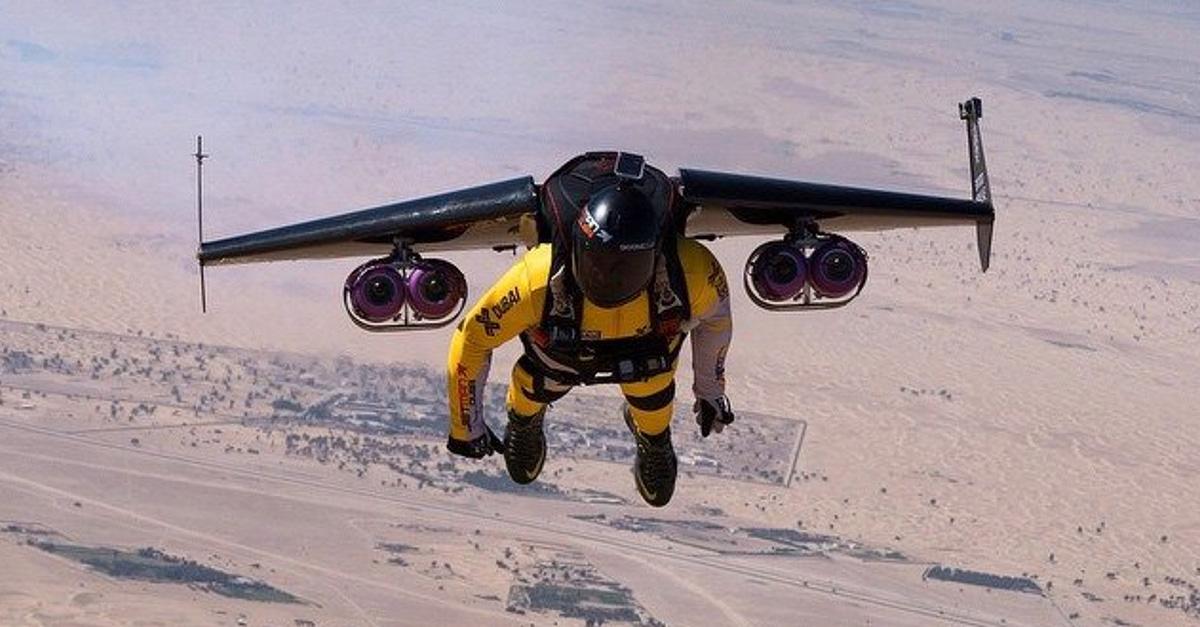 Jet fuel has an energy density of about 35MJ/l, so that's 182MJ/min max power, or about 3MJ per second assuming 100% of the energy of the fuel goes into thrust, which it won't, so power requirements are probably somewhat lower. Surprisingly close to the rocketpack, but the more convenient fuel choice helps long duration flights.

See that huge wing and aerodynamic helmet though! You'll have to magic up some lift and streamlining as well as magicing up some thrust, if you want to emulate superman.

Not the answer you're looking for? Browse other questions tagged science-based magic abilities or ask your own question.

24
How much can a magician lift if constrained by her own body's energy?
6
Magic on an atomic level?
26
How to make Rune-Based Magic interesting?
3
Mix most underground water sources with a substance
32
Would 'magic' muskets be a significant advantage over actual muskets?
2
Creating a steampunk-esque/cybernetic “Big Iron” revolver
7
The eating habits of metabolic wizards
3
How can this magic system be used most effectively/creatively?
6
Most Alchemy-Resistant Material
3
How could someone recognize another person as being magically mind controlled?