What does a global war look like from space?

In the game Mass Effect 3, several planets are invaded by scores upon scores of hostile aliens, who have enough resources to spread their forces over an entire galaxy and still be largely unstoppable. You have to do a mission on the moon of one of the invaded planets (one which was as populated as Earth), and you can always see the orange-blotted surface looming behind everything you do. It is a chilling view. 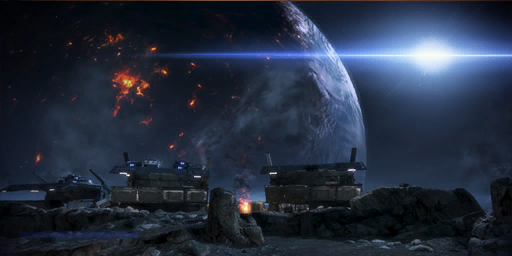 Is it realistic though? If the attack is big enough to cause fires the size of countries, wouldn't said fires and the attack also spew up enough clouds and dust to hide them from view?

The aliens in question do use laser weapons which may explain the light, but they are red lasers, not orange as seen in the picture. Cracking the crust to reveal lava is also not something they do. I am therefore assuming that what you see is burning cities.

So concretely, if a city or a country was on fire, would you see it from space? Or are such fires not luminous enough to get through the smoke they emit? And, what would you notice about a planet invaded globally, without turning on the radio and checking in on them?

You can see fires from space, but even really, really big fires are usually kinda small by the standards of a planet.

Moreover, blobs of fire like that won't last very long because the fuel in them will be exausted and what you'll get instead is a wall or front of fire that is blown downwind until it reaches somewhere that's too damp (like the sea) or has insufficient fuel (like desert or some kinds of grassland) at which point it will burn out.

Finally, burning stuff often produces smoke, and places with lots of orange flames from carbon-bearing compounds being oxidised is going to produce a lot of soot. Thick, sooty smoke does an excellent job of blocking visible light underneath, eg. flames.

Here's a picture of bushfires in Australia: 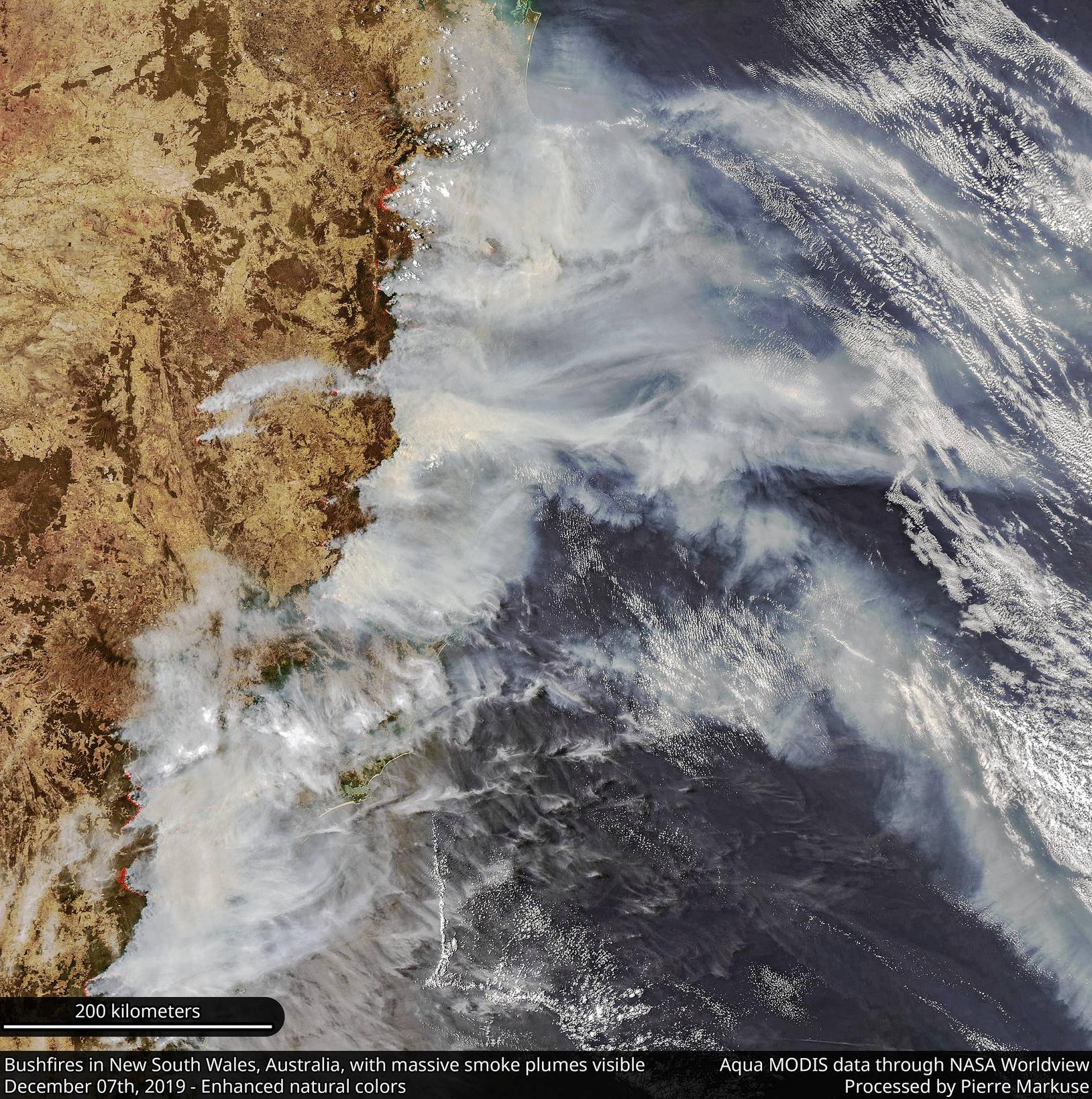 Just looks like a wall of clouds, doesn't it? And this is quite zoomed in... seen from a higher orbit you'd easily miss it if you didn't know what you were looking for/at.

You can sometimes see the flames, but you won't seem them for long unless there's a lot of fuel and local winds are keeping the air clear. You are unlikely to see something like the image you've supplied without some form of image enhancement... IR-sensitive vision or cameras ought to do it. Even exposed lava will cool and go black quickly, and holes in planetary crusts are likely to produce a lot of fumes and ash in short order even assuming that the mechanism that produced them did not (which seems a little implausible).

Not the answer you're looking for? Browse other questions tagged science-based warfare physics space fire or ask your own question.