How a snail like creature works and retracts into its shell 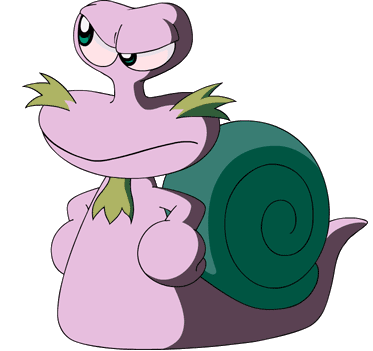 Due to his movement in the Kirby anime resembling more of a shuffle I've given my alternate version of him tiny legs sort of like a mole lizards. His movement is also fast. Not slimy looking. Not snail like. So I gave him a more serpentine tail design to realistically enable faster movement like a snake can. The shell is also made larger in my alternate version. 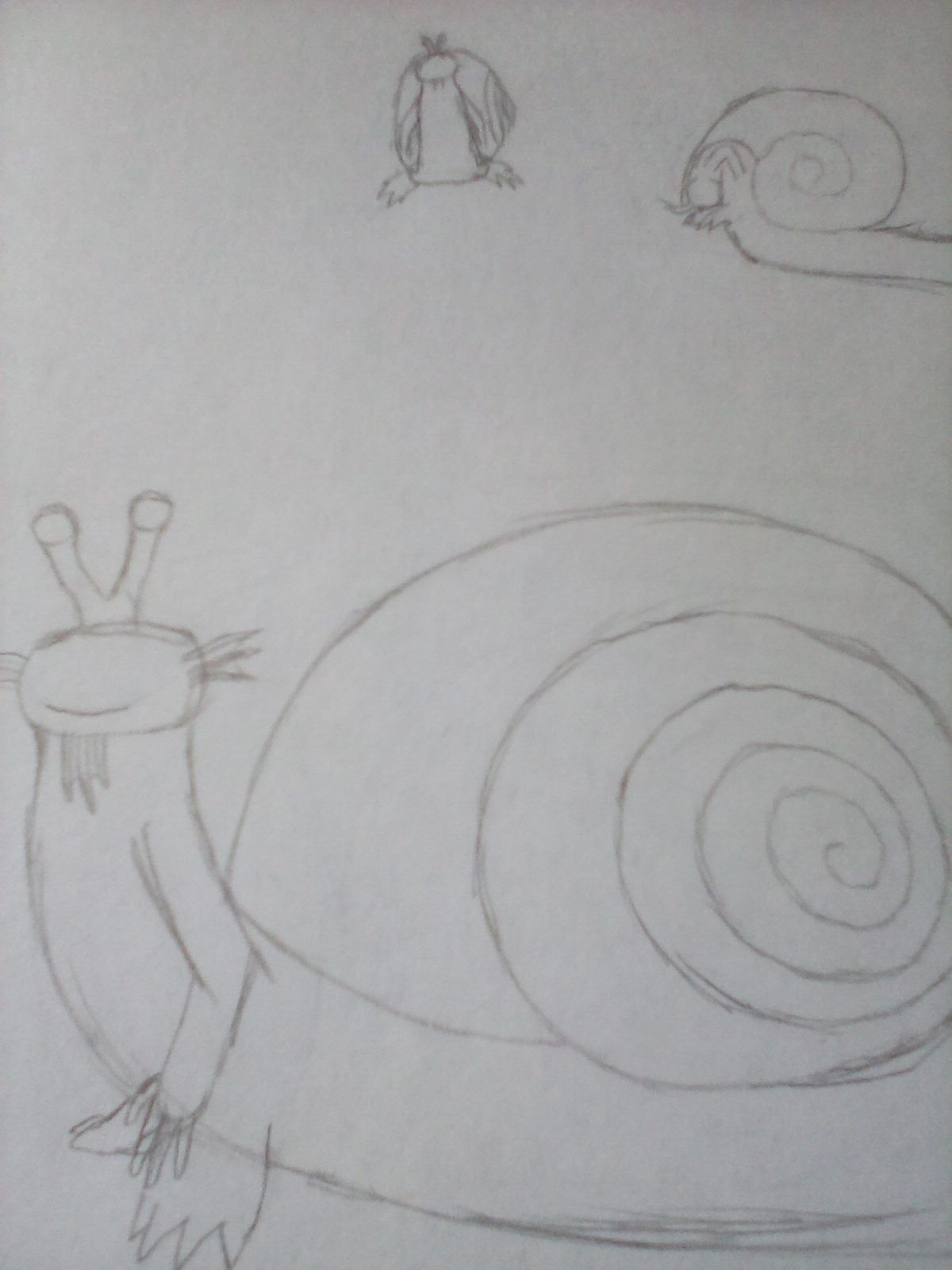 Here is a sketch of my alternate design's front half. I've also sketched a potential way he might bend to fit in the shell (I don't know how far in he can go without squishing organs), with the tiny feet being used to block off the entrance. He can stick his eyes out to see if he wants to. Since this creature is semi-aquatic, I'm thinking that perhaps the shell could also be used as a ram by retracting the front half and being propelled by the tail into the target. Since lungs are important for speaking, they might should be in the torso area closer to the mouth. But then how do they not get blocked when he squishes into the shell?

Now I have tried to research how snails get everything inside the shell. I know they're squishy, but the part out of the shell looks too big to go in. All the diagrams I've looked at show the shell stuffed with organs with no hollow area for the rest of it when it needs to go in. (Though the serpentine tail would probably be to big to fit either way, so only the front part would have to fit in for my redesign.)

So I need an explanation of how they fit that I can understand, then a way for a cartilage supported creature to get in.

Those of us with bones often underestimate just how incredibly squishable boneless muscles are. Consider, as an example, your tongue. When you stick it out, it doesn't look small enough to fit in your mouth, certainly not with enough space left over to fit other things in. And yet when you aren't using it, it hardly takes up space at all - there's plenty of room left over. Imagine your tongue as a snail's body and your mouth as the shell, and you'll see that there is plenty of room in a snail shell to fit the rest of the snail inside.

The biggest problem with your "lizard snail" design is that lizards do have bones - it's very hard to create a large, fast-moving land animal without a skeleton, either endo- or exo-. At the very least, it will need leg bones to hold up its body against gravity.

One possibility is to make the creature have only leg bones. Most of its body is soft and snail-like, but it also has a row of short, bony, leg-like protrusions - almost centipede-like - to help it move faster. As long as they aren't very big, they shouldn't take up too much extra space in the shell. It won't be especially fast, but that should let it move faster than a snail at least.

A bigger issue may be the "torso" of the creature. Escargoon's upright body looks like it needs a spine, and a spine will take up a lot of room. One possibility is to have it use the shell itself as scaffolding instead, allowing it to stay upright by "leaning back" against the shell. It can use either sticky secretions or a series of hooks, holes and suckers to stay attached.

While snail's shells are filled with organs, there are several shelled creatures with a hollow shell. This creature could have a shell similar to a swim bladder with a pneumatic duct, so that it would fill with air when the creature is out of the shell, but can deflate to allow the creature to curl up inside the shell

It is quite plausible that a creature with a skeleton could curl into that shell, as it is quite large compared to the body

62
What are the conditions in which a creature would evolve more than one brain?
9
Method to share genetics beyond traditional sexual reproduction
6
How would shell-headed children retract their bodies?
51
Why would an underwater creature remain lodged to its prey?
7
What practical forms can a "branch-tailed" organism have?
4
what kind of biology/evolution to create Xing Tian/Blemmye type of humanoid/monster?
9
Is this creature's proportional head size feasible?
6
How to support a large head on a horizontally attached neck
4
A Dragon with Ignition abilities