Are there any good tools I can use to figure out the size of my fictional continent?

I would like to apologize in advance if this comes off as laziness or a poor attempt at trying to get someone to do my work for me. That is not my intention.

This is my fictional continent of Diggoran. 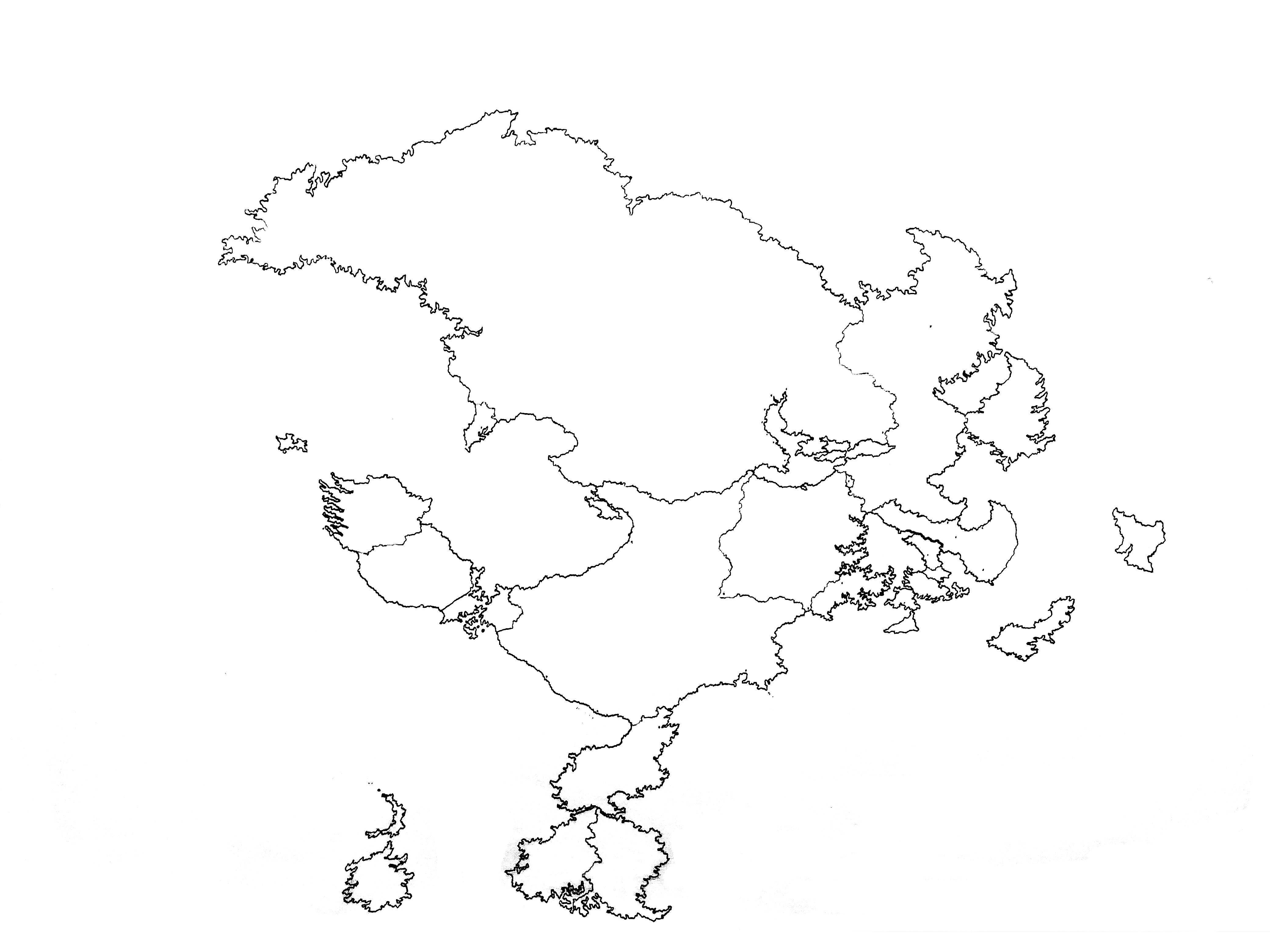 I am trying to figure out how big this continent is. Most fantasy writers don't give official sizes to their fictional continents but I want too simply because geopolitics play a major role in the main story and the articles I have written on the individual nations of Diggoran are structured like Wikipedia articles which give detail on virtually every important component of a nation including its size.

I tried to figure out the size of the continent by attempting to use one of the nations as a reference point. I chose to use the large nation in the west with the 2 peninsulas extending from it's far west and south sides. This nation is comparable to the size of the Contiguous United States of America which is 3.119 Million square miles. I did a guesstimation of Diggoran's size which turned out something over 15 Million square miles but no real math was involved in that process.

I asked if there were any good tools for this project on Reddit. Someone told me to use a ''pixel counter'' but they never elaborated upon what exactly that was.

Also, just a warning. I do have learning disabilities so some recommendations or obvious solutions may have been beyond my personal cognitive ability unless hands-on help was previously provided in some way.

Video tutorials would also be an excellent help.

When I was doing the geography for my homebrewed world, I had an idea of how much time I wanted trips between some of the major locations to take. With that time frame in mind, I researched how quickly people could travel in real life. For example, one trip I looked at for my world was the trade route across the Shatterstones Desert. To figure that out, I researched how long it took Arab caravans to cross the Sahara Desert in real life. Then I looked at how long the routes they took were, did some arithmetic, and came up with a speed. Then I set the scale of my map so the trip would take as long as I had decided earlier. AlexP's answer is a useful step, though I didn't think of it when I did mine I wish I had.

11
Finding the area of a nation

48
Are there any real world examples of where a desert and a swamp meet each other?
2
How can an entire kingdom be removed from the middle of a continent?
18
What would be the immediate climatic effects of having a continent appear out of nowhere?
8
Is there any plausible way that my fictional island could be inhabited by animals from African and Indonesian origins?
0
How to determine the shape of the world given that there are no astronomical cycles?
3
How can an entire continent be concealed from the rest of the world?
8
Can tectonic plates have any shape and size or are there limitations?
14
Where should I place my fictional continent in the South Pacific?
4
Are there any tools that people use to generate borders during alternate histories?