Humans co-exist with another intelligent species with the ability to shapeshift at will, the shapeshifters like to morph into various objects (both animate and inanimate) including us. They cannot mimic abilities and skills of other species and can only maintain the new form for a couple of hours before reverting back to their original form. What can the city do to prevent them from abusing their abilities?

I'm thinking of permanent tattoo but they fade over time and there are many ways to remove them. Implanting NFC chip works at certain range but only if they are on the registers. Kindly note that we have zero tolerance toward animal cruelty and extreme forms of discrimination. Assume that their mass remains constant throughout.

China already has mass surveillance that makes it an authoritarian dream. A species powerful enough to shapeshift would pose a huge threat to national security - so surveillance seems like the logical, and politically appropriate, solution.

I recognize that the question states

we have zero tolerance toward ... extreme forms of discrimination

But this feels contradictory to your setting - a modern country in which Muslim minorities are detained in concentration camps to "keep the state safe". I don't want to make this answer political, but making shape-shifting illegal seems very likely, especially in this particular country. If humans that are different are subject to intense surveillance and discrimination, non-humans will special powers should fare far worse. For plot purposes, even if your modern China is non-discriminatory, surveillance of magical creatures is still integral to security.

Assuming that shapeshifters taking the form of inanimate objects are still alive, they will probably still emit some heat. You can adapt mass surveillance systems to see infrared light. A sufficiently advanced AI could monitor each video feed, picking out objects of interest - similarly to how people identify the shapes of suspicious devices at an airport luggage checkpoint.

When inanimate objects exhibit an unusual glow in the infrared, they are targeted by drones or police officers. If the shapeshifters don't transform, they will be shocked by specially designed tasers to force a transformation - and then detained and relocated. 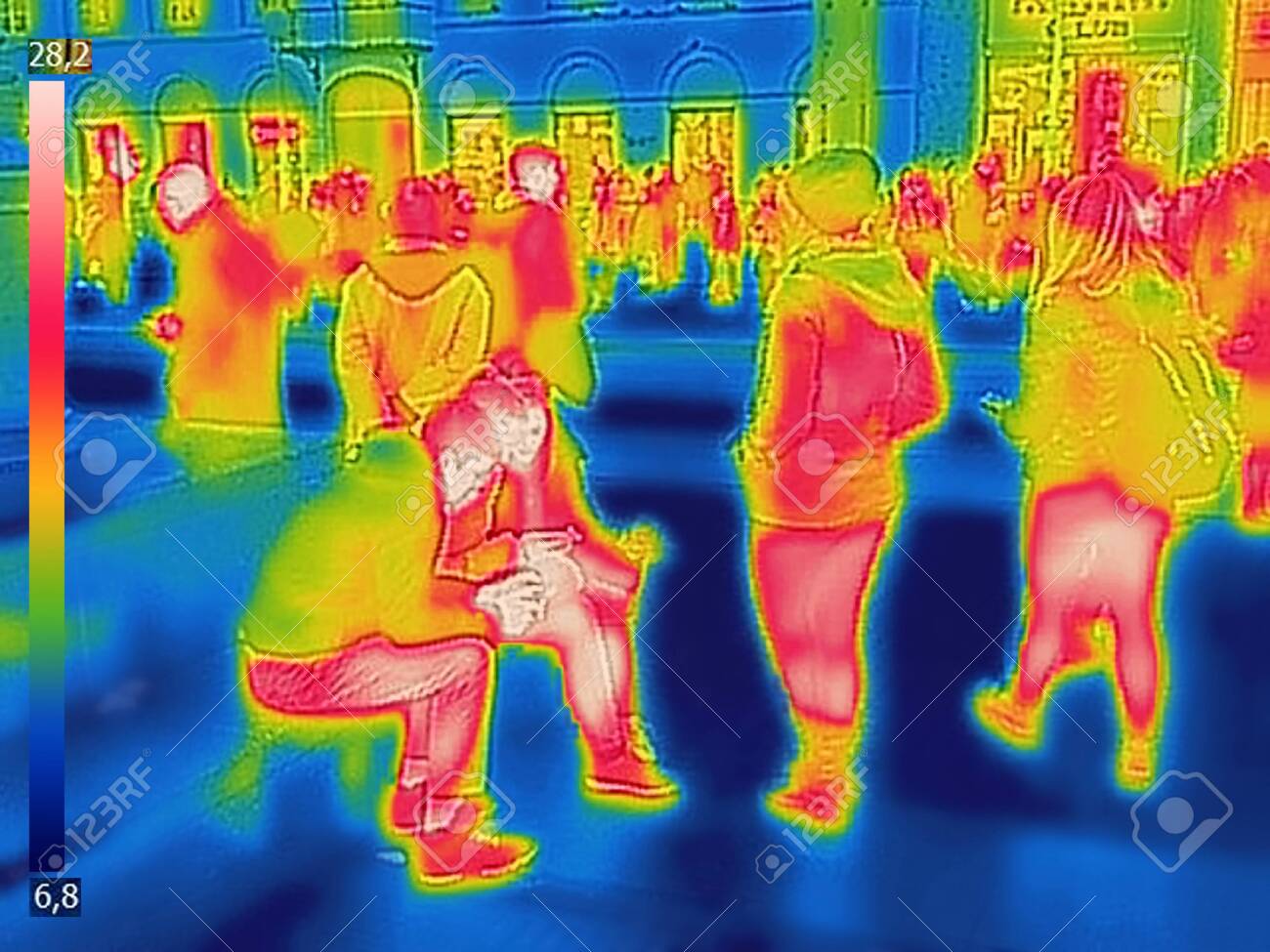 Piggybacking off the mass-surveillance idea, facial recognition techniques would keep a catalog of all shapeshifters and non-shapeshifters. If a face shows up in two locations at once, both people are arrested and interrogated for impersonation. If an undocumented face shows up, that person is similarly detained.

The benefit of these systems is that they are non-invasive (at least, they don't require physical contact), they work at a distance, and they can monitor almost any public space. 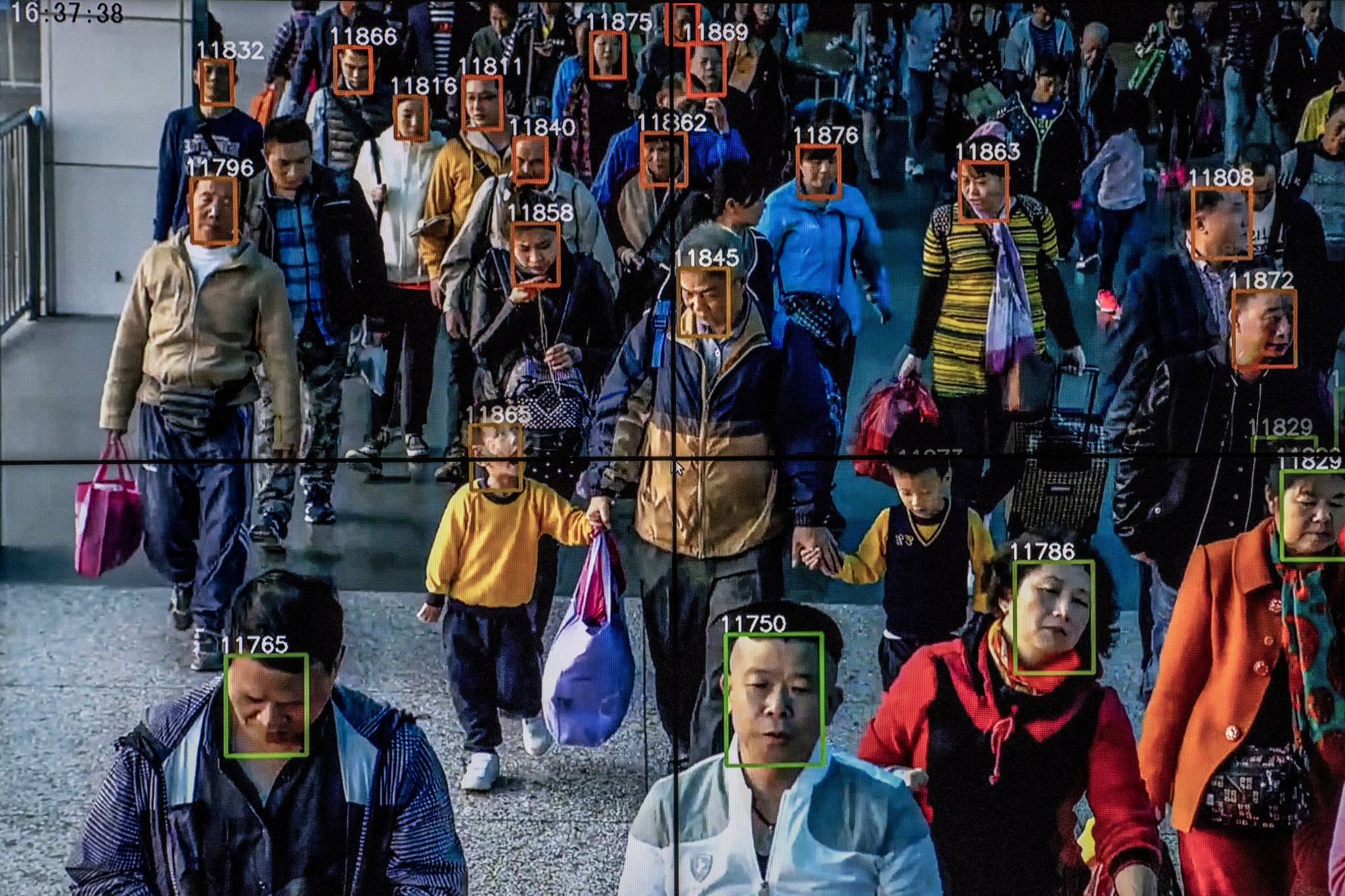 Any shapeshifter that imitates a non-human animal (i.e. a rat or pigeon) will not be picked up by the facial recognition system, and will glow in the infrared like a real animal. This can be used as an interesting plot point / evasion tactic. Maybe the city catches on, and exterminates all birds / rats as a result.

High-level fingerprint scanners can be used to distinguish people's fingerprints 99.6% of the time when using two fingers. And these can be installed on apps on a phone, which means that it's very easy to have widespread use of them to authenticate the person. Obviously, the program itself would need to be heavily encrypted, but you can use them to determine things.

This relies on the fact that shapeshifters can't perfectly mimic fingerprints, but they probably can't! Fingerprints are unique and complicated, and although they'd be able to get the whorl patterned right in general, the chances that they could get it right on a minute detail are astronomical. (I suspect highly-trained shapeshifters might be used as spies, but that ability seems out of the reach of the general populous, so abuse is prevented.) It wouldn't be discrimination either as this doesn't restrict shapeshifters specifically, and everyone would need to use the fingerprint app whenever doing something to confirm their identity.

The Party protects the people.

Alien members of the Party form the committee that polices abuses by Aliens. The State keeps it's hands clean and becomes involved only if a mass-reprisal is needed after the committee fails.

Of course, potential abusers can join the Party (or the State) to use their talent and lack of restraint, channeling their abuses away from petty crime and toward a more supervised and productive activity.

Incorrigible enemies of the Party and State wind up, of course, in re-education camps or simply disappeared. The State does not tolerate ongoing criminal behavior...and the Party committee will find them.

Most of these are rather involved. A much cheaper setup is to either rely heavily on (electronic?) locks for most private spaces and maybe a similar in-person identity check, or alternatively to just make impersonation a huge crime and randomly check peoples' ID cards on the spot.

Not the answer you're looking for? Browse other questions tagged society technology cities shapeshifters city or ask your own question.

9
Urban Aquatic Sanitation
6
Iterative urban design rules?
11
Urban centers for octopuses
6
How would shapeshifters be affected by their abilities?
3
How would tattoos for shapeshifters work?
8
How can a team of shapeshifters communicate?
7
Nipping urban sprawl in the bud