So In Fiction, I think it's more common to see Humanoids with avian-like wings rather than insect wings.

I was wondering if it's possible for a humanoid to evolve insect like wings and even if the wings were created on the humanoid like a mammalian humanoid, basically a human if they had insect wings.

I was originally thinking dragonfly wings but after seeing a post that said they weren't really possible, I was now thinking could butterfly wings work if said human had a lighter bone structure.

To fly, you need to do one simple thing - beat gravity's hold on you. How you go about doing it is your business, but the more mass you have, the more force you need. And that's when we run into everyone's favorite enemy of flight - the dreaded square-cube law. Essentially, as the size of an object increases, it's surface area increases by the square, and the mass of the object by its cube. So, to put it simply, double the size of an object, and the mass is increase by a factor of 8, because that's 2 cubed. Quadruple an object, and the mass is increased 64 times.

A butterfly is pretty small, so it's wings are needed to be that complicated for its mass. But, for instance, let's take a bird. Birds are far larger than butterflies - maybe 10 times larger, so they have the equivalent mass of 1,000 times the butterfly. And the same propulsion mechanism a butterfly uses just can't keep up with that increases - the lifting power of butterfly wings doesn't increase by the cube. So birds have different wings, and there wings are far more complex but far stronger than bird's wings. They also have specialized designs.

A human is even larger than a bird, and thus cannot use either the butterfly's wings or the bird's wings to fly. Instead, we fly a different way - building machines that can use far more power than that of a bird's wing. But a butterfly's wing scaled up is fighting against the cubic increase in mass, and that's not a fight a butterfly can win.

There are a few types of wings, insect wings are distinct from birds and mammals

An insect wings are actually an extension of the insects exoskeleton. The evolution of these wings are still debated, but one theory is that they evolved as skeletal outcrops from the rigid surface of insects, first to provide gliding ability then second manipulated to provide agility. Additional structural rigidity is enforced by pumping fluid to stretch out the rigid exoskeletal structure. 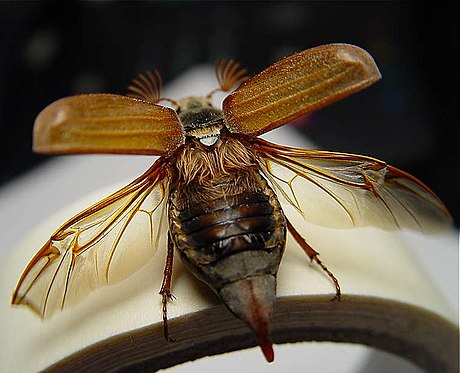 Humans lack such an exoskeleton, we have internal skeletons. Our skin cells are too soft and connected with too lighter tissue to enable rigid structures such as an insect wing.

There are examples of flight in mammals, such as Flying Squirrels or Sugar Gliders in Australia, that stretch soft skin tissue between appendages to enable large surface area to catch air, and 'glide'. However that would require use of our existing limb structure. We have four limbs, and your humans would need to evolve such that these are utilised in a similar manner. 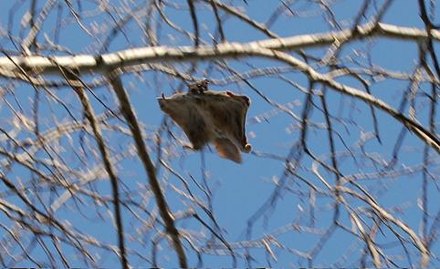 Alternately, wings can evolve from fingers, such as bats, using stretched skin between them. However I suspect this would not achieve the result you are after. 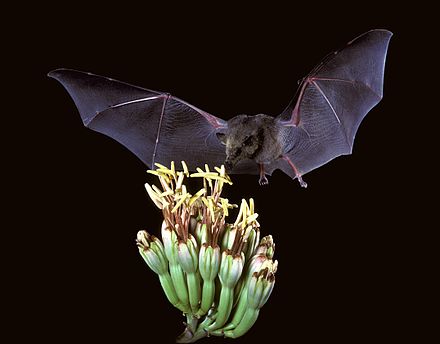 In short, for humans to evolve insect wings, we would require exoskeletons and therefore likely not be 'human'.

Not the answer you're looking for? Browse other questions tagged biology insects fictional .

0
How would a species similar to the Rito from BOTW evolve?
5
Avian-human: Arms or Wings
9
Bones for bigger creatures
13
Can an insect evolve to look and function like a mammal?
9
What evolutionary pressures would lead to fairies?
4
What would be the physical effects if someone had their wings ripped off?
2
can Elf be in family with Fairies and Angels?(updated)
11
Why do I still want insect screens?
1
How would a human/floral humanoid offspring look?