What is a good reason not to mine a planetary ring?

Most planetary rings are rich in water in the form of ice, especially now we are running low on freshwater reserves on Earth. Imagine someone discovered a huge chunk of meteorite consisting of a whopping 100 million carats and decided to auction it and then use the funds to mine the Saturn's planetary ring by hook or by crook, hellbent, relentless...

Set in the immediate future everybody raced to space once again. What would be a good non-political reason that can stop all kinds of mining of the planetary rings just within the solar system? We have volunteers, cash, Alibaba... so why not?

The only reason we would mine the rings is to bring water to solar system parts without water. That would NOT be Earth. We might go there for Mars or the Moon or fueling space colonies, but not for Earth. Earth has an abundance of fresh water. And we have continuously improving tech for filtration and desalination. It isn’t worth the space trip.

Isaac Asimov once wrote a short story about just how absurd the amount of water Earth has compared to human usage of the water. The story is called The Martian Way. It does a great job giving examples of just how much water Earth has for us if we just move it around. You can read about it on Wikipedia... I’m sure the actual text is archived somewhere.

Would it be easier to mine rings, or to mine the icy bodies that feed them? How about icy asteroids, comets, or craters on the moon?

Then there's the PR element. Which would be more likely to receive a huge public outcry against it: picking up ice from the dark side of the Moon and random asteroids nobody can see, or mining those rings that so many people find beautiful? Yes, the rings wrap around planets bigger than Earth, and it would therefore take a great deal of time and effort to put a dent into them, but it's somehow much easier to see a campaign to get ring-mining regulated in the name of "protecting the heritage of all mankind" or somesuch succeeding, compared to declaring a hidden crater with some ice to be an International Park.

Things change greatly if you have other things going on in space. As many have said, mining rings for water on Earth is a waste of money and effort, when you could just use desalination or other tricks to isolate not-so-fresh water closer to home. If you have space-mining operations or colonies already, ring-mining seems slightly less pointless, but at the same time, regulating ring-mining for PR reasons also seems more likely. Especially if someone already set up ice-miners on icy asteroids or moons.

Because it is DANGEROUS.

Space travel is full of hazards, micrometeorites can wreck a ship. 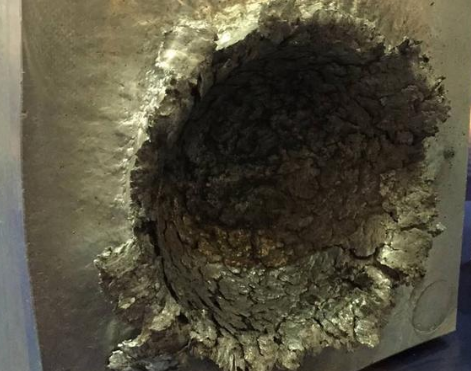 The asteroid belt is full of tiny stones milling about. Each one can make fatal impacts on the ship hull.

By God's sake, a flack of PAINT shattered the windshield on a mission!

Now the asteroid belt is full of amorphous bodies, with ice and frozen gasses that will be ejected once you extract them. Lose a couple of ships to horrific accidents and the cost the just not worth it.

A dire prophecy predicting doom and destruction might work. Many people would not believe in the prophecy unless otherworldly beings appear, as predicted. That might create a powerful social force for ending the extraction of resources from the planetary rings.

In general, bulk commodities like water, fuel, food, or most minerals are terrible candidates for space production (rings or elsewhere) or for any other kind of interplanetary commerce. I used to have the intuition that, once things are "in space", it's easy to move them from place to place since they are in a low gravity environment. So you could acquire water ice out by Saturn, then gently send it on a slow orbit to Earth, and use Earth's atmosphere to slow it down for a gentle landing.

But, in fact, it takes a pretty significant acceleration to get something out of Saturn's orbit and into an orbit that will reach the Earth. Once it reaches Earth, it will be going at Earth's escape velocity and will require a significant heat shield to survive reentry, and the heat shield would need to be launched back to Saturn. You end up using fuel that is a sizable fraction of the material you are trying to transport.

Not the answer you're looking for? Browse other questions tagged technology space-travel mining planetary-rings or ask your own question.

4
What motivation would people have for mining planetary rings?