How could fungi evolve intelligence sufficient enough to develop a civilization

In Stellaris fungoids are, well, intelligent funguses; some Earth-like, two looking like intelligent species infected by funguses, and the rest looking alien.

Let’s get into the actually basics and what the question asks:

I’m going to define intelligence as:

I'm taking your question to be "How plausible is a world with intelligent fungi?"

On the face of it, it seems extremely unlikely. Plants, animals and fungi seem to have diverged from a common ancestor at about the same time. 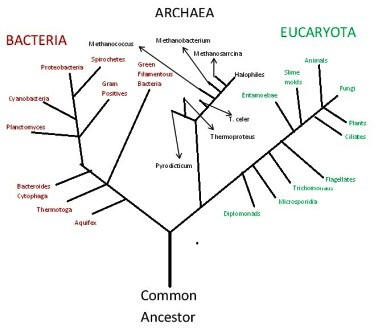 They diverged because they adopted different life-styles: plants photosynthesized (and thus didn't need mobility or many senses), animals ate plants and fungi and each other (and thus needed mobility and keen senses) and fungi adapted to a middle ground of living on existing chemical gradients (e.g., by eating decaying plant and animal matter), which also did not necessitate movement or keen senses.

Could a fungus develop animal-like characteristics? Sure, evolution is ingenious. But it is very, very unlikely because evolution doesn't make things like senses and muscles don't just pop into being; rather they develop incrementally out of something else. And in a world already inhabited by animals, it's hard to see how the animal niche would have enough room for fungi to evolve into it also.

Had animals never evolved, might fungi have filled that active predator niche? Sure. But the result would necessarily not look at all like a fungus. A fungus is a very low-energy organism, and to evolve movement and senses, it would need to develop all the same adaptations (air supply, muscles, differentiated organs) that allow animals to move and sense. The very tissues would have to change right down to the cellular level. So they would start to resemble animals in most ways, and mushrooms not much at all.

Finally, intelligence. In a world of animals where the fungi never evolve movement or keen senses, it is very, very unlikely that intelligence would arise, since it is energetically very expensive and would not contribute much to survival of a sessile creature. ("How much intelligence do you need to sneak up on a rotted log?")

Additionally, it seems likely that intelligence evolves most readily in social creatures, and, once more, if your fungoid were social it would again require a biology much more like that of an animal than a mushroom.

So: Intelligent creatures evolved from fungi? Perfectly plausible, but they would look and act like animals and it would probably take a deep knowledge of biology and a lot of work to demonstrate that there was a toadstool far back in their evolutionary tree.

Nobody seems to have mentioned it so far, so I'll just put this out there as a suggestion.

Instead of having a fungus go through the extraordinarily unlikely process of evolving to the point of intelligence, have the fungus evolve to a point that it can hijack the bodies of a more advanced race. If you've ever played The Last of Us, you'll know what I mean.

The fungus Cordyceps (which inspired the zombie plague in the game) is a type of parasitic fungus that can hijack the brain of an insect (but here I'll mostly focus on the kind of fungus that preys on ants because it's really cool). This fungus begins it murderous rampage by first infecting a single individual in an ant colony.The "zombie ant", which now has its brains controlled by the fungus, will crawl to an elevated space before it dies. When it dies, a long protrusion grows from the back of the ant's head. This protrusion creates more cordyceps spores, which rain down on the unfortunate ant colony below. Entire colonies can be wiped out in this way.

Your fungoid species could have undergone a similar event on a much greater scale in the past, which makes them dependent on their host species. Hijacking a creature's body and making "zombies" like the cordyceps fungus might be a far-cry from the intelligence needed to make a spacefaring civilization, but it would be one way to have the fungus capable of quick movement.

Based on Earth Fungi, I'm imagining the forest-networking fungi selectively supporting / opposing various organisms to which it's attached, and coming into conflict with neighboring FNFs, and via chemical signals, engaging in the complex games of treachery and alliances that characterize Primate conflict.

The problem is going from a network of fungal fibers under a forest to a creature which can move and meaningfully interact with it's environment. What I described might become a clever biochemical factory / treatment facility, and it might be able to indirectly influence its environment via chemical secretions or the creatures to which it is attached, but lack of mobility, and extremely limited modes of i/o are going to be the biggest obstacles. Plants, at least, already have means of dealing with light and touch, and some even have the beginnings of motion. But how do you go from subterranean park ranger to walking around and using tools?

I can imagine these creatures growing above-ground organs to aid in interactions with their neighbors. I'm not sure why these organs would develop the capacity for quick movement (by the standards of creatures who generally move by growing in a certain direction, or by hitching a ride on an animal). I suppose that a great deal of handwaving and time could result in these organs resembling intelligent, semi-mobile, tool-using creatures, but I don't see them ever breaking off and becoming independent organisms who need to survive under their own power. This could result in a very interesting world, but so long as we're dealing with avatars of the FNF which are dependent on the main body, there are going to be considerable limitations.

Based on your criteria, Social Forest-Networking Fungi with motion-capable organs could plausibly qualify as intelligent. I don't see them resembling human civilizations at all, however.

One major issue is the energy involved. Higher organisms like animals have access to a lot more energy by way of plant tissue and the tissue of other animals. This enables a range of higher energy functions such as mobility which in turn means the environment becomes a lot more complex for those animals. Mobile animals have a lot more opportunities and challenges to deal with finding food, shelter, mates and avoiding predators in a 3D world. This provides the evolutionary pressure for brain development and ultimately intelligence.

But on a low speed low energy metabolism there simply isn’t any pressure to develop a brain. Evolutionary pressures tend towards other areas such as spore quantity and distribution and many other things not associated with locomotion or brains.

Some sort of intelligent life form based on obtaining energy from decaying plant matter might evolve into some higher form but it would then cease to look like a fungus and look more like an animal differing at the biochemical level. In my opinion even this is unlikely due to considerations of energy requirement. Any low energy fungoid life form would be out competed and eaten by animals.

Not the answer you're looking for? Browse other questions tagged science-based reality-check biology fungi .

0
could a race of sentient fungi exist?

24
Could plants develop intelligence?
6
How to evolve purely pacifist intelligence
8
Would aliens evolve a method of communication other than speaking?
1
Could extremophiles evolve intelligence?
53
How could mushroom/fungi forests be possible?
4
Feasibility of nurgle inspired species