How could a medieval melee weapon slice through ankylosaurus?

Set in the early 14th century A. D. the sudden appearance of dinosaurs wrecked havoc on the world, no one know why but everybody raced to come up with powerful theories except for a particular group of people who just want to cut things. Is it possible for people at that time period to develop technology and techniques to allow an olympic champion who owns 20 gold medals in every categories recognised by the official to cut through the thickest layer of hide from a fully grown sexually mature ankylosaurus who just laid her 3rd egg? To qualify for a gold medal, the person must swing the weapon with not more than 1 left hand and 1 right hand, no drug even if it affects the wrong part of the body, up to 3 attempts on a spot, the edge of weapon must sever at least 10000 muscle fibers and the list is not exhausive but please come up with a solution before the patch. 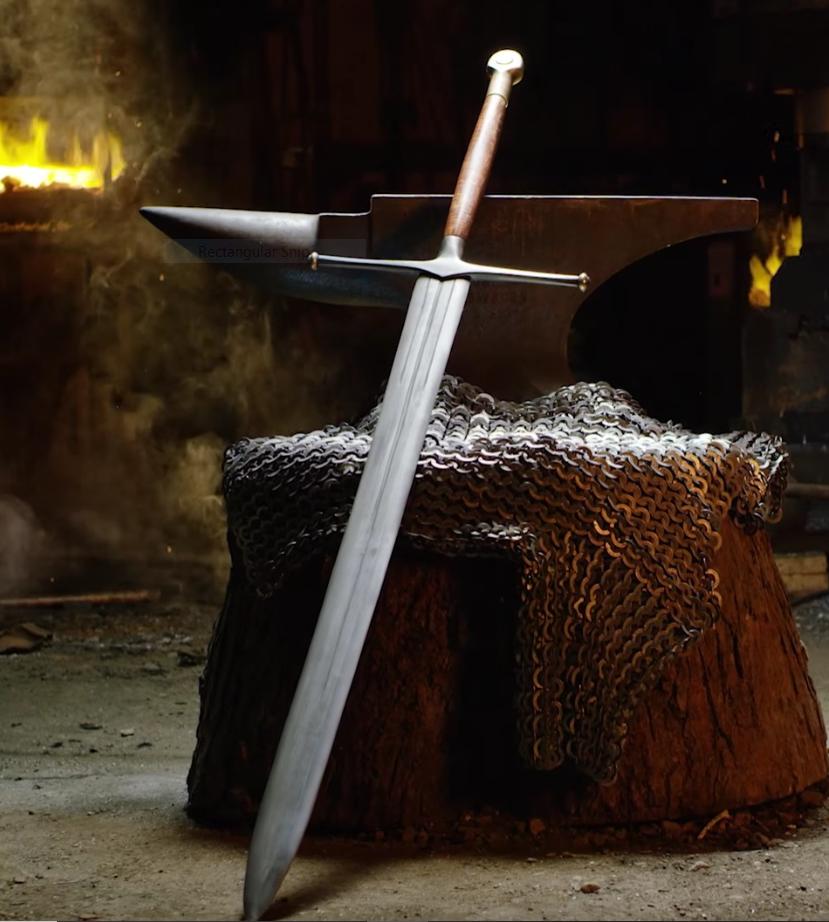 [This lovely behemoth is a forged replica of the sword Ice from Game of Thrones made by Man at Arms: Reforged. Ilya, one of the build members, specifically refers to it as an Executioner's Sword during the build.]

Most swords in the medieval age weren't designed specifically to cut clean through human tissue. They were designed with combat in mind, so the whole 'cutting clean through people' thing was considered alongside other useful things like weight, balance, etc. However, when it came to killing people via public execution, they didn't have to worry about things like that. So they made a slightly different sword - the executioner's sword. This thing was a weapon designed to do one thing and one thing only - cut clean through a human. And it was brutally effective, with an horrifying capable edge and the weight to help land a powerful cleaver-like blow.

Now, I can't scale this against ankylosaurus, because I don't know what their skin is like. But I can scale this against the next best choice - alligators and crocodiles, who more or less have the strongest skin in the animal kingdom. And gator skin isn't bulletproof. Does this work? More or less - a typical medieval sword weighed about 2 1/2 pounds. A heavy sword might weigh up to 4 1/2. But an Executioner's Sword could weight up to 12 pounds. And that's the size of a short sword - if you felt like it, you could make it even longer and double the weight, but we're not going to. As to how fast a sword can be swung, this article gave us 70 km/h. Our sword is heavier, but at the same time the article wasn't done by someone specially trained to do it, so that's not going to be too far off. (Extra weight is actually a bonus here - we're going for a vertical chop.) Add them up together, and the sword is sitting at around a kilojoule of energy, at minimum. Compare that to the ever-common .38 Special at 358 joules. Admittedly, compared to an armor-piercing .50 BMG round (18 kilojoules) it's lackluster, bullets have less of a surface area so they impact harder (though not that much less - executioner's sword were forged to be as sharp as would hold the edge), and not all the kinetic energy of the sword would be transferred during the chop. On the flip side, swords are point-blank range, which is a small point in there favor. So, all-in-all if it's not bulletproof, it's not executioner's-swords-proof.

And that's especially true if you made the sword out of, say, Damascus steel (available in the 14th century), it would certainly be hard enough to pierce clean through the hide, given enough force. (To the best of my knowledge, there isn't a Damascus Steel Executioner's Sword that currently exists today, but the knowledge technically existed in the 14th century to make one.) And, given the strength of the man you have swinging the blade, it could absolutely pierce through 10,000 muscles fibers. (For reference, that's about 1 square millimeter.) Not to mention, you know, at least a foot's worth. In fact, if you got a good swing off, you could probably live up to the Executioner in the name Executioner's Sword and take the dinosaur's head clean off. The ankylosaurus did have some rather impressively thick bone structures, however, these weren't articulated on its back, and thus didn't completely cover it. (That makes sense - there were no predators with swords at the time.) Meaning, that while attacking the bone-like armor plating there might not work, the rest of it is fair game - at least relatively fair game.

[Finally note: I'd really love to compare the surface area of a medieval sword's cutting edge against that of a bullet's surface area, but all the literature I could find talks about how thin modern swords can be. I'd like to say that you could make a Damscus Sword with that kind of thinness, but that's kind of cheating, so I won't.]

An axe is better than a sword disperses the force too much. Axes concentrate the force on a smaller cutting area although even then it is unlikely. A war pick is even be better since you are looking to do such a small amount of damage to the muscle. A well made, heavy, hardened pick might do it, the fact bone may crack will help in that regard.

Here is just the bony parts of the armor, not including the ribs below that and the keratin above it. 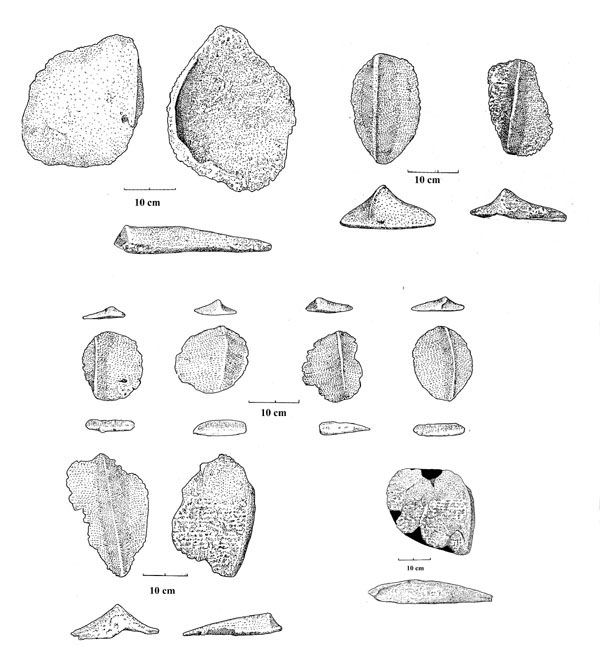 Even with the perfect hit I would estimate they will fail, the thickest part of an ankylosaurus armor is ridiculous, but it might be possible.

I found it rather hard to look up various bone thicknesses, but anklosaurus osteoderms seem to have been about 1cm, not very different from pig skulls. And chopping through a pig skull with a one-handed axe seems pretty easy:

Not the answer you're looking for? Browse other questions tagged technology physics weapons medieval dinosaurs or ask your own question.

14
Weapon developed in modern melee only world
10
Could medieval age people have built a missile?
1
How can medieval knights hunt down a spinosaurus using nothing but lance?
6
Design for an Extendable Melee Weapon?