How can methane hydrates mining affect earth other than it’s climate?

My story take place in 200 years forward post apocalypstic war between two faction which the (villain) protagonist side have massive fuel economy disadvantages compare to their enemy who mastered bio technology and agriculture like algae and crops for biofuel on top of having biofuel productions of protagonist’s side get sabotaged in biological warfare multiple times. Leaving them with small biofuel economy along with only nuclear isomer ,petroleum , coal oil,and methane hydrate which is their only field their enemy can’t contest with .

Let’s just say that the population from protagonist’s side are terminally infected cyborg in Orwellian states that’s too half dead to care about pollution and global warming, in fact they even radiate their mining site out of every organism. But I want to know if there’s any problem other than global warming when mining methane ice.

Therefore, mining methane ice close from the coast can provoke tsunamis and damage your coast. 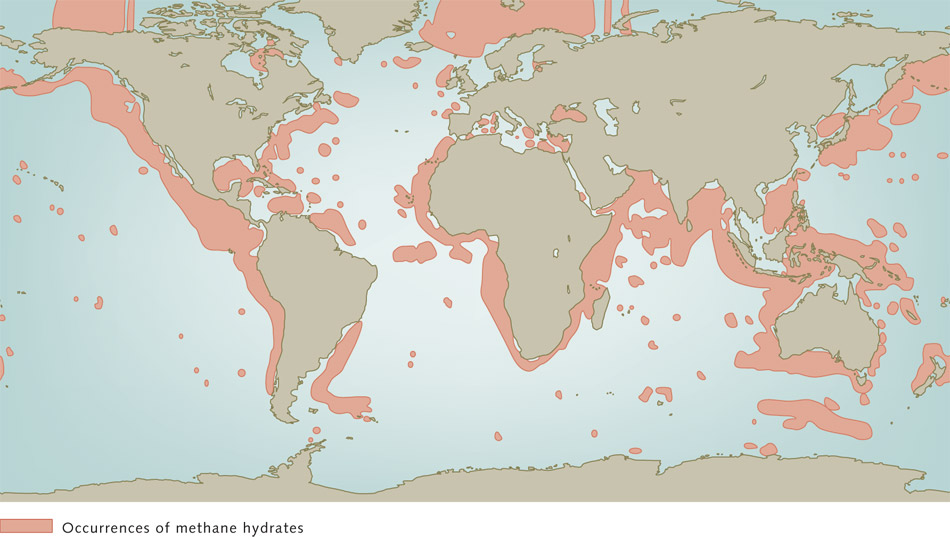 Not the answer you're looking for? Browse other questions tagged environment or ask your own question.

10
How can an intelligent race on a methane world achieve basic space travel (e.g. satellites)?
14
How would a solid shell surrounding Earth affect the climate?
16
How large can an Earth species be in 2016 without being discovered?
18
How can a portal that connects two planets affect the environment?
4
How large can a magical cold region be before it dramatically alters global climate?
10
What metals other than calcium can be used to create alien bones that won't also engender a human-toxic environment?
4
How can I have an Earth-like moon?