What plants would lizardfolk cultivate in this hostile world

Lizardfolk are sentient and sapient humanoid reptilian creatures with heights between 190cm and 180 cm. Lizardfolk are partially mesothermic, with most of the waste heat, their muscles generate, being redirected to the brain. Regardless, they limit themselves to tropical climates, especially jungles and Florida.

There are three sub-species of lizardfolk, each with their corresponding tribe:

The three tribes live in peace, with their alliance being lead by the coordinate tribe.

Now, for some reason, there are these naruto-running titan zombies everywhere and want to kill anything sapient. The titan adjective refers to their ability to grow back entire limbs in minutes, not their size.

Lizardfolk just want to live a quiet and comfortable life, and while they have metabolic tricks up their sleeve, they still need food, especially the members of the coordinate tribe. Lizardfolk are omnivorous and more or less "garbage disposals". Though they're willing to eat gross things for survival, they do have dignity.

They'd rather avoid naruto-running titan zombies, not because those things are particularly strong, but because they love ganging up on people, which usually spells the end.

So, they learned how to agriculture, now the question is what can they cultivate in that climate that gives the most nourishment while also being hardy enough to go on without much intervention from the lizardfolk?

Tech-level is medieval, lizardfolk don't have access to any metals, though; so they use substitutes (when possible); the few iron items, they have, usually comes from shady dungeons and even shadier humans. 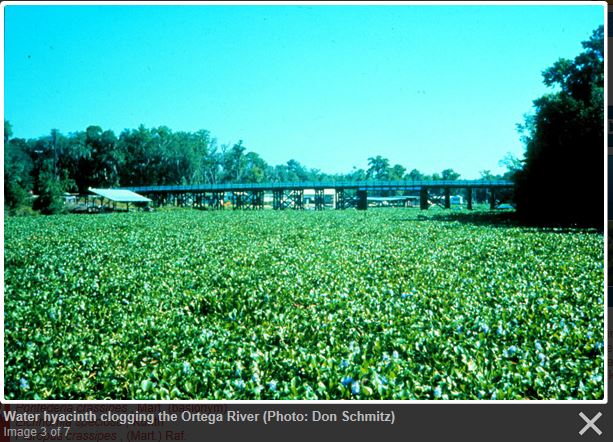 The water hyacinth is an invasive weed in Florida. Despite its ability to profligately take over aquatic ecosystems, it is edible and makes a fine animal feed.

Your people will grow water hyacinth. Dried and pelleted water hyacinth will be fed to cockroaches, which will themselves be dried, pelleted, mixed 50/50 with more water hyacinth, and fed to farmed catfish. Catfish are a fine food and those who wish variety can have some water hyacinth salad with if they choose.

Also, most tadpoles are vegetarian. The tadpole larvae of the "lizardfolk" will themselves do well with a diet of water hyacinth and the occasional baby roach, and can coexist with the catfish in the farm ponds.

You may want look at the more "primitive" (i just don't like the term) forms of farming practiced by many tribal cultures. Which are often about trees or root crops instead of grains. Trees take care of themselves, fruit or nut trees, plantains and taro are popular. there are many tree crops favored by many cultures trees take care of themselves, all you have to do is clear the land and plant them. root crops can be similar but they require more frequent clearing, and it it only applies to root crops with many tubers for which harvest does not kill the plant, like manioc or groundnut. The trick with both is the plant itself persists after harvest for many year. This way the plants do not need constant work. These are really low effort crops. Zombies won't bother trees or root crops, at worst they are just fertilizer.

The better option is pastoralism, animals largely take care of themselves and are high in calories, some livestock problems but this due mostly to how much we have altered those animals, in their more primitive forms they will be easier to care for. Sheep, chickens, ducks, pigs, ect. Pigs in particular do very well in the tropics as do chickens. Basically you just need someone willing to sit an watch them and only act in the rare circumstance it is necessary. Even fish farming is possible but it is fairly labor intensive.

Not the answer you're looking for? Browse other questions tagged science-based medieval survival food .

6
Controlling zombies as a medieval weapon of war - Can it be done? Is it worth trying?
11
Could a small (about 6 feet long) dragon live on a diet of fish?
7
Lizardfolk are too OP, what weakness would make the most sense for them?
7
How to scientifically explain bane weapons?
4
How to minimize the required energy for this level of monster activity?
5
A good discerning visual feature for female lizardfolk
8
Lizardmen and vocalization, which sounds are impossible for them to make?