I have talked before about this system in one of my other questions. I have figured out some more info about the planets/stars. I want to know where is the habitable zone and any other info you can tell me. I have done some math and I will show an illustration of the system. You can assume some things. 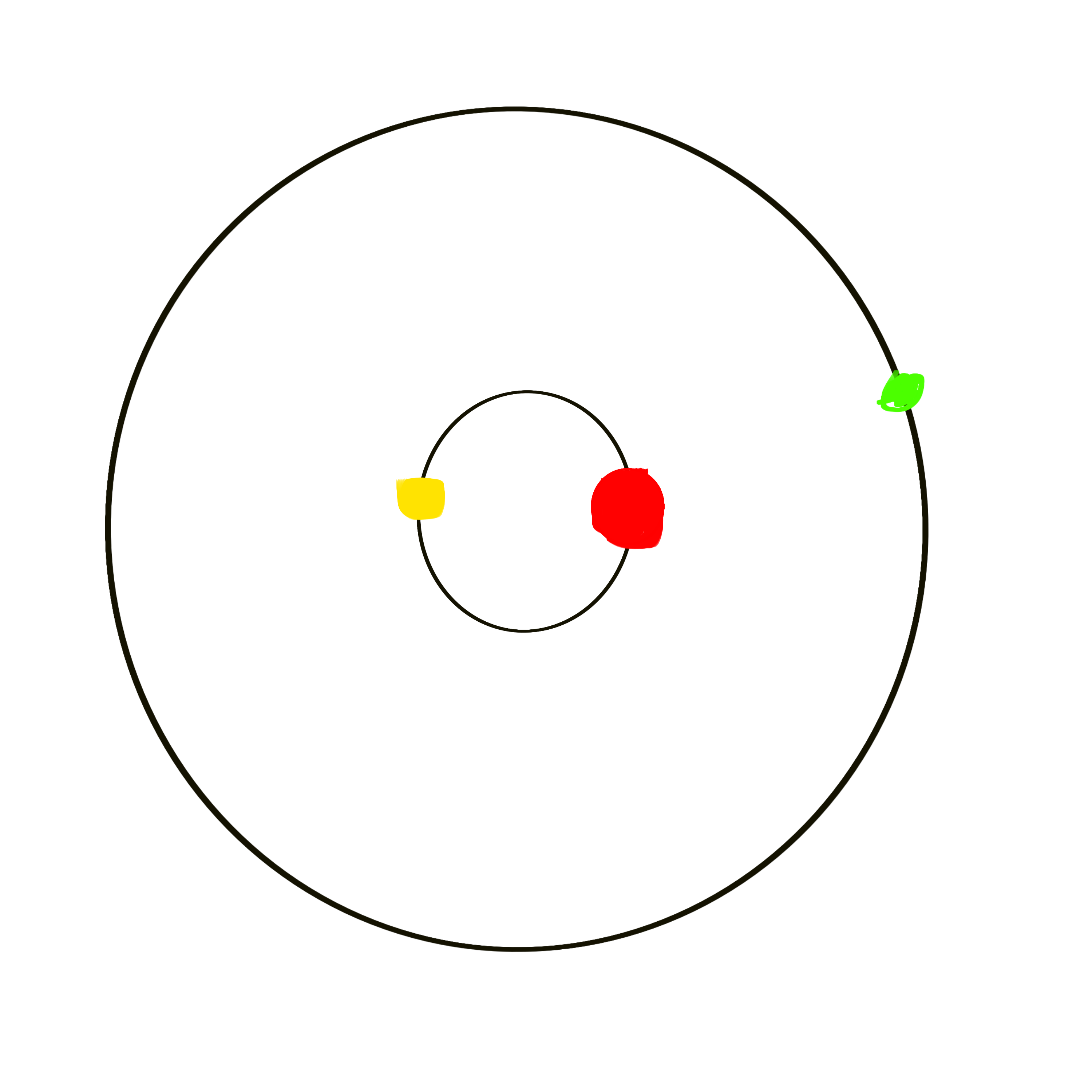 Then I used some code I put together a while ago to determine the habitable zone of the system, assuming a planet with albedo $a\approx0.3$: 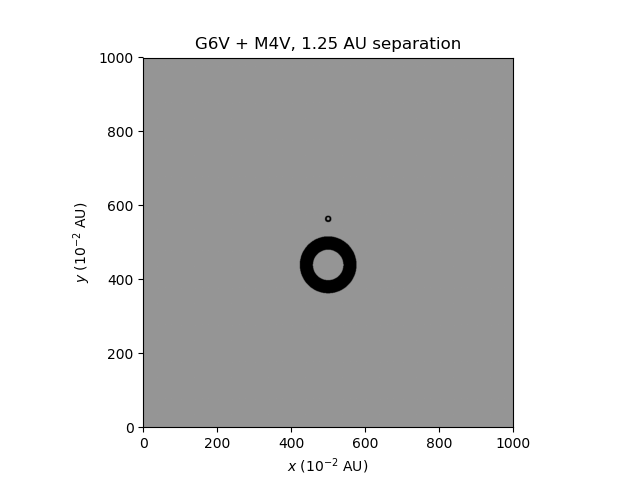 The habitable zone is in black. We see that there is no habitable zone for a circumbinary orbit, like the one you describe, but both stars do host their own habitable zones. The major problem is that the red dwarf is so dim that its habitable zone is tiny, and any orbit that remained within it would be naturally gravitationally bound to just the smaller star.

Not the answer you're looking for? Browse other questions tagged space worldbuilding-process stars .