So the Plasma Cannon proved to be a bust, now to the next weapon, what which is commonly associated with 'Exterminatus', the Atmospheric Incineration Torpedo.

This bomb is far more powerful than a standard nuke, such that it can destroy the entire atmosphere of the planet, almost world-destroying, fitting for issuing Exterminatus.

It also operates slightly differently from standard nukes, such that while normal nukes achieve their destructiveness using internal components such as uranium and deuterium, this bomb uses the atmosphere itself to enhance its destructiveness, namely oxygen.

Description of how the weapon works:

"It will ignite a run-away thermonuclear chain reaction within the atmosphere of the target world that will rapidly consume all the free oxygen, initiating a planetary inferno that will burn the entire biosphere to ash."

As pointed out in the trivia section, the potential issue is simply how to even induce fusion in the air at all with any modern nuke technology:

"During work on the original American atomic bomb at Los Alamos, New Mexico in July 1945, the researchers were aware that there was an infinitesimal chance that the first human detonation of a nuclear device might unleash an uncontrolled fusion chain reaction in the Earth's atmosphere. This would produce the planetary inferno very similar to that created by an Atmospheric Incinerator Torpedo. Luckily, the first atomic bomb and the much more powerful thermonuclear weapons that have been detonated in tests at the Earth's surface did not actually possess enough power to cause atoms of low atomic number like oxygen and nitrogen to fuse."

And I also doubt that the chain reaction will be that intense, enough to cover the entire planet.

However, the only feasible part I ask is if it is possible to have a bomb energetic enough to cause oxygen and nitrogen fusion at all, which should already be destructive enough on its own, and is satisfying enough for me.

PS: I will continue on finding WH40k weapons to deconstruct here. 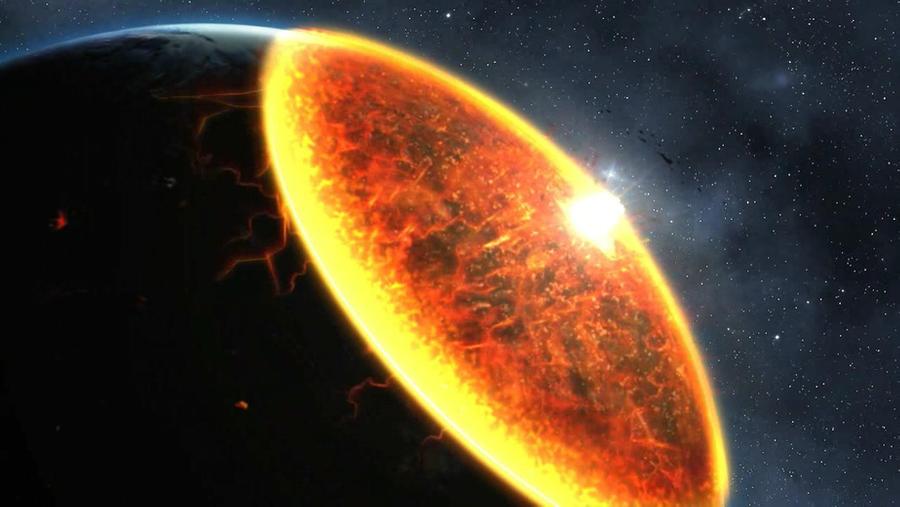 However, the only feasible part I ask is if it is possible to have a bomb energetic enough to cause oxygen and nitrogen fusion at all, which should already be destructive enough on its own, and is satisfying enough for me.

I mean, it isn't forbidden by physics, but like so many other things that aren't technically impossible the engineering of such a thing is a) far more effort than the result is worth b) probably impractical for any society that still does silly things like try to set fire to atmospheres as a sensible means of planetary sterilisation.

Here's the thing. Fusion is hard. You need very high temperatures, very high pressures, and long confinement times in order to get stuff to fuse. Stars are good at fusing hydrogen because they are Quite Big, and hang around for billions of years. Our thermonuclear weapons need to reach a core temperature 20 times hotter than the Sun because the highest pressure we can manage is less than 1% of the pressure in the Sun's core, and we've only got a brief moment to get all our fusion done before the radiation pressure of the reaction blows everything apart.

Fusion of oxygen in a star requires temperatures a hundred times greater than hydrogen fusion, and pressures 100000 times higher. That's seven orders of magnitude to make up somehow. Here's the next thing: fusion takes place entirely within the radiation case of a thermonuclear device, or perhaps the focus of a future inertial confinement system. Nothing outside the device will fuse because the temperatures and pressures are just too low. Even if you did have an oxygen fusion bomb, none of the atmosphere of the target would be fused.

So, a weapon that is at least 10 million times harder to make than a fusion device. And for what? To make a bigger boom? Our fusion designs already scale up to arbitrary sizes, and you can spread your explosive power out over as many warheads as you see fit to guarantee 100% surface coverage of the target world. Even an antimatter bomb would be easier to arrange, and it would provide you with a higher yield for a given mass of fuel by a few orders of magnitude.

Honestly, even rounding up a bunch of large asteroids, breaking them up a bit and chucking the pieces into a bunch of slightly different atmospheric entry trajectories would be just as effective at cooking everything with even less effort than refining antimatter.

The question the Atmospheric Incineration Torpedo may exist if, but using chemistry, not nuclear physics, we start by analyzing the composition of our atmosphere (because nobody is going to want to burn the atmosphere of I don't know, Mars is saying the site is already hell)

Let's start by looking at the atmospheric composition

The homosphere occupies the bottom 100 km and has a constant and uniform composition.

ppmv : parts per million by volume

Excluded for being dry air

The heterosphere extends from 80 km to the upper limit of the atmosphere (about 10,000 km); It is stratified, that is, formed by different layers with different composition.

Argon is a noble gas does not ration with anything

CO can still be burned but its concentration is 0.1 parts per million so the energy is not very large

Iodine for these purposes is useless

Ozone is oxidizing but not abundant enough to be useful

Oxygen is the main oxidizer.

Nitrogen (N2) if we want to burn the atmosphere of a planet, we have to work with this. Elemental nitrogen has a low reactivity towards most common substances, at ordinary temperatures. At high temperatures, it reacts with chromium, silicon, titanium, aluminum, boron, beryllium, magnesium, barium, strontium, calcium and lithium to form nitrides; with O2, to form NO, and in the presence of a catalyst, with hydrogen at quite high temperatures and pressure, to form ammonia. Nitrogen, carbon and hydrogen combine above 1800ºC (3270ºF) to form hydrogen cyanide.

Now that we know this in what helps us create our destroyer of worlds ?

Puses turns out that thermal NOx : occurs at high temperatures, usually above 1200 ° C. This is the main production mechanism in combustion and is produced as oxidation of diatomic nitrogen (N2) contained in the air.

The term nitrogen oxide refers to various chemical compounds formed by the combination of oxygen and nitrogen, such as NO, NO2, N2O2, N2O4, N2O, N2O3, N2O5 and NO3. However, the most common and normally present in the atmosphere are NO (nitrogen monoxide or nitric oxide) and NO2 (nitrogen dioxide) and frequently the term NOx refers to these two only. Remember the nitrogen oxide ( N2O ) I told you that it would be important at this point I assume that you have already realized where the shots are going a very energetic chemical reaction can break the triple bond of the N2 and allows it to react to give 2 NO or 1 NO2 and a nitrogen that will react later if the initial volume is sufficient plus the other reactions that will occur (combustion of methane combustion of the forests of the planet and so on .) Basically everything that can burn burns until the oxygen of the planet is finished (the that will occur before all the nitrogen that is more abundant reacts) this would generate a virtually planetary combustion

Now the question is how I start this chain reaction because I have not done the calculations mainly because it is very complex , I have no intention of creating such a weapon (for now) and most important of all I am lazy but if you want to do the exact calculations information is on the internet but in broad strokes a pump between 2.5 and 3 kisses the power of the Zar pump ( 50 MT ) that gives us a pump between 125 to 150 MT that detonates between 400 to 450 kilometers high should be capable of burning the atmosphere of a planet like the earth (and in response to why the tsar bomb did not cause similar damage, the answer is that it exploded only 4 kilometers high and a small atomic bomb with the power to generate such a reaction has been used in the ideal area of ​​the atmosphere)

Again I apologize for the google translation

Not the answer you're looking for? Browse other questions tagged science-based reality-check weapon-mass-destruction .

78
The opposite to Worldbuilding: World Destruction
4
How would a pure fusion bomb change modern warfare
3
Is this planet's sulphur dioxide atmosphere feasible?
4
Would conventional explosives work differently under denser atmosphere?
4
Could there be a situation where a plane would be certain to be destroyed by dropping an atomic bomb?
6
What would be the consequences of an Earthlike Planet retaining helium in its atmosphere
3
How weight and volume-efficient can you make a high-yield nuclear weapon for setting off a volcano?
3
Is a universal land and launch spacecraft theoretically possible?