How would a binary star system with a planet with 2 moons work? If possible

I am creating a solar system that has a binary star system. The system has 3 planets. The closest being like Mercury. The next being the planet that supports life and being slightly larger then earth. And after that an ice giant similar to Neptune. My biggest interest is in the 2 moons around the 2nd planet. I want the race on the planet to use the moons and the 2 suns for religious purposes. The closest moon is mars-like in color and geography but not in size, while the further moon is similar to our moon. I would like to know if a situation like this is possible and stable, as well as the needed distances between planets, as well as the times between solar eclipses and lunar eclipses, and any other info. I will show an image of the system as well as the stats of all the objects.

Orbital Period: 38.28 days(time tacks for stars to go around each other) 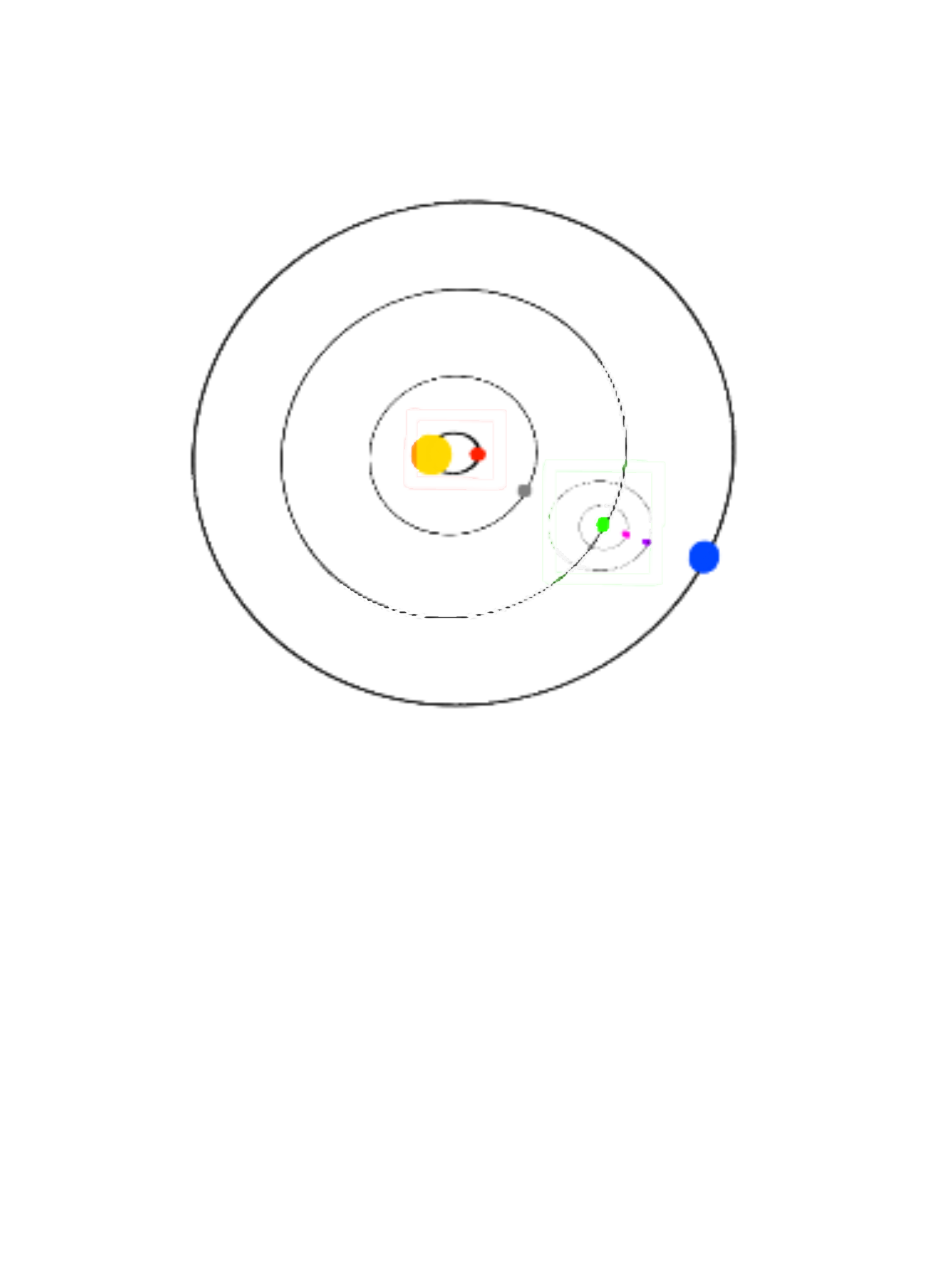 This is possible, but you need some conditions met.

Typically, there are two types of orbits that planets around a binary star system can have.

This picture illustrates the difference better: 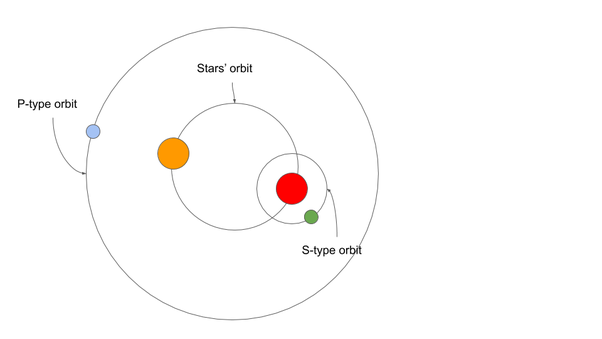 Since all your planets are P-type, let's focus on them. For a circumbinary planet, orbital stability is guaranteed only if the planet's distance from the stars is significantly greater than star-to-star distance.

The minimum stable star to circumbinary planet separation is about 2–4 times the binary star separation, or orbital period about 3–8 times the binary period. The innermost planets in all the Kepler circumbinary systems have been found orbiting close to this radius. The planets have semi-major axes that lie between 1.09 and 1.46 times this critical radius. The reason could be that migration might become inefficient near the critical radius, leaving planets just outside this radius.

So if you can satisfy these conditions, then you're good to go.

http://astro.twam.info/hz/ This is the site I usually usr for this kind of stuff.

Not the answer you're looking for? Browse other questions tagged worldbuilding-process stars solar-system .