do these mountains look to be in realistic locations?

I'm getting into mapmaking, which I enjoy, but some of the specifics of realism still elude me. I know generally how plate tectonics work, but I was hoping to get some help on a specific example. I have an idea of where I think mountains should go and I noted them, but please feel free to tell me if I'm wrong and/or if the plates I drew in make no sense. I realized I need to figure this out before I can add rivers and biomes and etc. because height plays a big role in that.

I'm including a plain map, one with the plates I drew and one with notes for clarity. 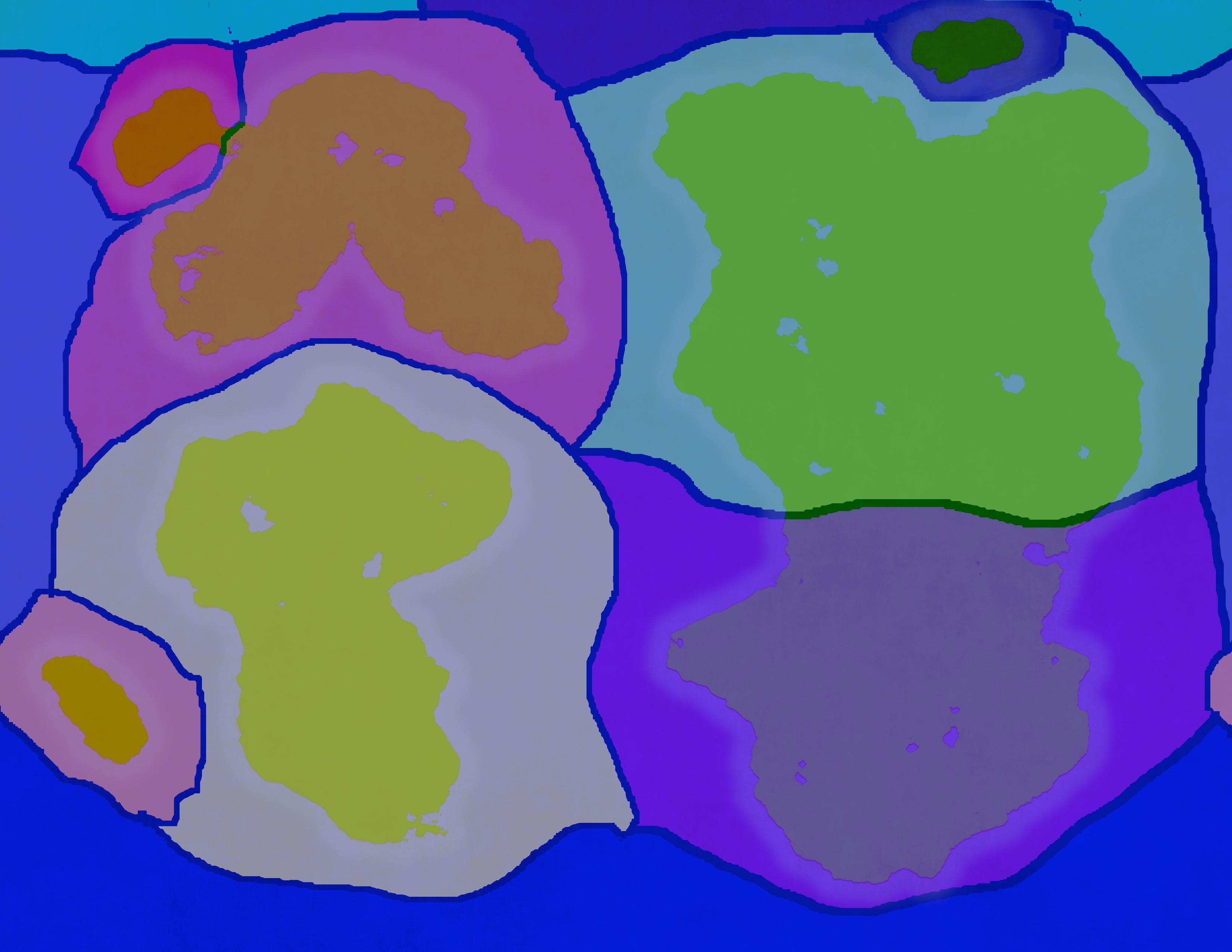 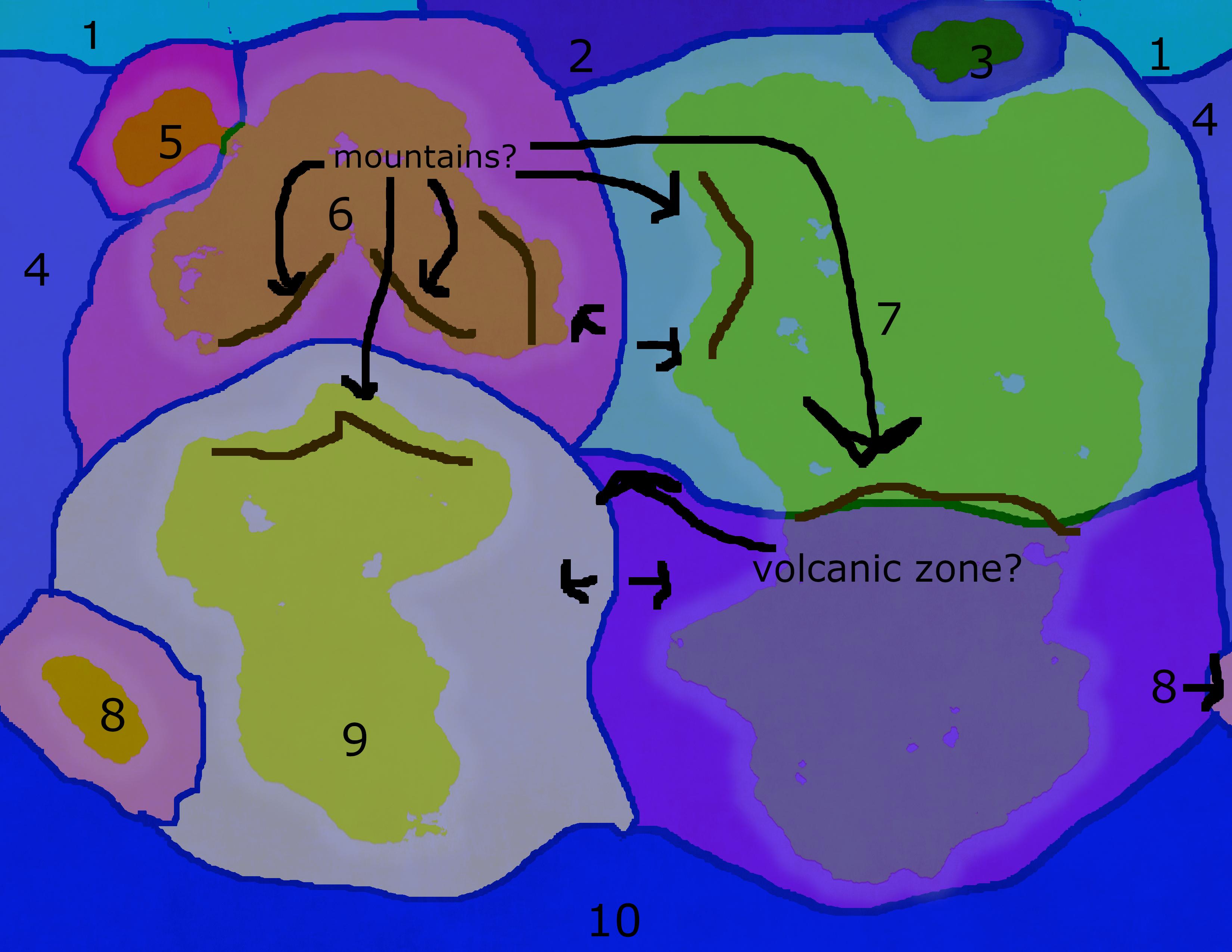 I see some issues in your arrangement.

When a tectonic plaque descend below another, it will cause the one above it to fold and corrugate, generating mountains. This is clearly visible in the mountain regions surrounding the Pacific Ring of fire 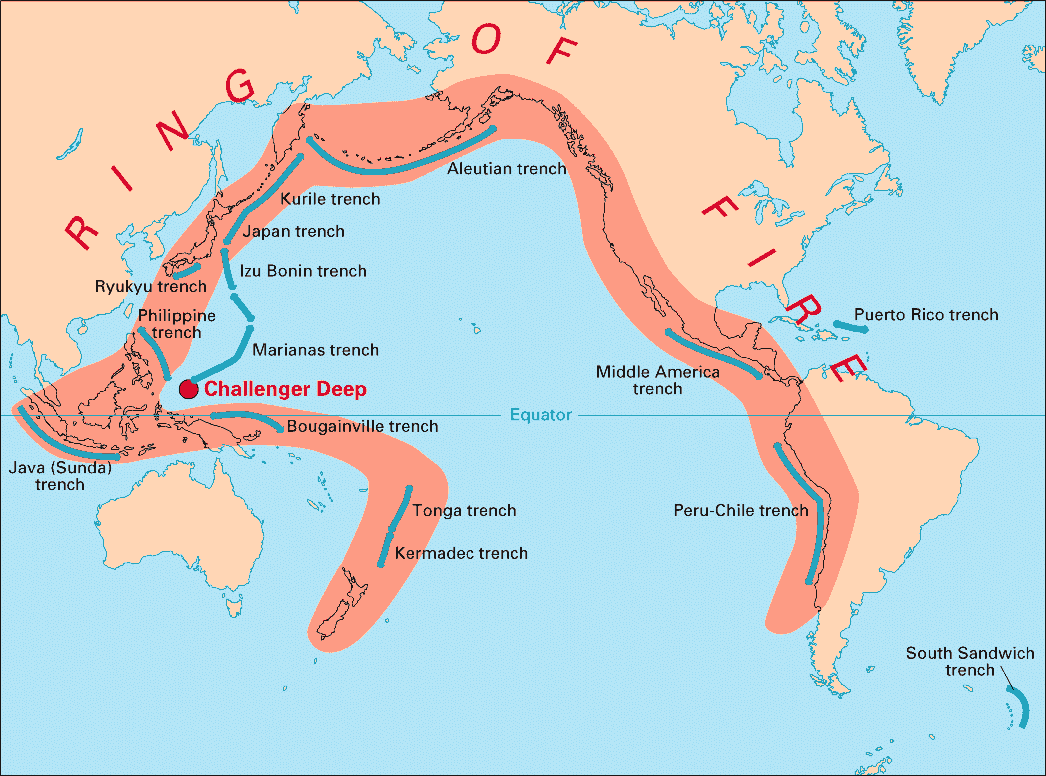 As you can see the areas where the plaque sinks, marked by trenches, is close to region with mountains and volcanic areas like the Andes, Japan, Alaska and so on.

In your case that doesn't seem to happen at the junction between 6 and 9. 6 seems to be going below 9, to have mountains on 6 side you would need to have continental crust there, too, but you have a sea between the two. Moreover, if the two plaques are converging, it's rather odd that the landmasses borders match like the Brazilian coast does with the Western African coast, because in this case they are diverging.

Also, between 7 and 8 there seems to be only shear motion, no subduction. As such there would be lot of earthquakes but no volcanism. That happen with subduction.

you have a more fundamental problem, but fixing it will fix a lot.

continental plates are normally not surrounded by attached oceanic plate on all sides. Usually just some of the sides, look at the this map and you will notice almost no continent is completely surrounded by attached crust there is a a plate boundary on at least one large stretch of coast, this is the direction in which the plate is moving. This is an issue with the whole map but is a problem for mountains because were the two plates meet is where mountains will form, which is not true for 6,9, and part of 7. worse you have a spreading center forming mountains which doesn't happen. they need a subduction zones, you either need to pick one side or the other of the oceans to have mountains on or have the continents moving towards each other subducting on both sides (rare but not impossible one range will just be much older and dormant)

Keep in mind mountain ranges can reflect past plate boundaries not just current ones.

Also you are going to have a lot of volcanic areas on the map as it sits right now.

If you include a photo with just the land masses and wear you want mountains it would be possible to sketch were your plate boundaries should be. 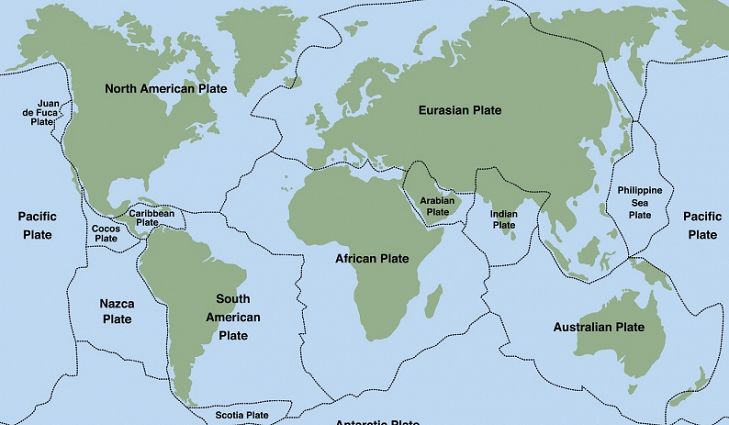 Not the answer you're looking for? Browse other questions tagged reality-check physics environment geography map-making .

0
The Rocky Mountains, Great Lakes Earth
9
How realistic is the geography of my map?
6
Could I get some guidance on this map in progress?
13
Are these climate zones somewhat realistic?
2
Realistic placements of Mountains and the like
2
Does my climate map work?
3
How do I draw these weird mountains on a map?
3
Himalayan sized/altitude mountains at the equator
3
Any advice on what is a realistic way to use plate tectonics to create landmasses and barriers?
14
Is My Map Realistic?