How can i get around power limitations due to battery size?

My story has a few androids and some beings that can manipulate electricity with their bio battery electric organs and I want these characters to have the ability to shoot powerful lasers, plasma projectiles etc but I am unsure how they could store that much power to allow them to do repeated attacks.

I am trying to keep things within the realms of current or near future level technology (with a bit of hand wavery) as that is something I can easily research and what I feel I can paint a better picture of but I think I have put myself into a corner by giving myself that limitation.

So I was wondering if there is a way I can get around the amount of power capable of being stored in a portable sized battery that could be put in a human sized body?

If not, what theorised future possibilities what be a good direction to go in to store vast amounts of power in a small form?

There is no way you can get around this problem with current or near-future technology - energy density is the major problem with battery-electric vehicles, and they're not trying to spend enormous amounts of power with energy weapons.

(Side note: if you're worried about the science-based power constraints, there are major problems with energy weapons integrated into a human-ish body (heat dissipation, thermal bloom, etc.) that are as concerning as "how do I power these weapons".)

As for potential power sources - a miniaturized fusion generator or a matter/antimatter annihilation cell (you wouldn't need much antimatter!) would provide the ability to use integrated energy weapons at length, notwithstanding the side note above. You could also borrow from Heinlein and invent your own Shipstone, an inexplicable energy storage device which packs

more kilowatt-hours into a smaller space and a smaller mass than any other engineer had ever dreamed of. To call it an "improved storage battery" (as some early accounts did) is like calling an H-bomb an "improved firecracker."

Finally, you can use the science-fiction standby of "vacuum/zero-point energy". This obviates the need to carry power around with you, since you can extract it from properties of the universe, but is definitely not founded in reality.

There is already a technology which may be applicable for your purposes: radioisotope thermoelectric generators, or RTGs. These convert the heat released by the radioactive decay of unstable elements into electricity, have been around for over 60 years, and have no moving parts. A Plutonium-238 RTG generates 0.57 watts per gram (so a 20 kg RTG would continuously generate 11,400 watts of power, while a human only generates 2,000 while sprinting, so your androids would be quite strong) and only needs 2.5mm of shielding. According to Wikipedia, the power generated by an Pu-238 RTG degrades by about 0.787% each year, so you will need to replace this once in a while. If you really want exotic directed-energy weapons, you would probably have the android carry capacitors which it charged over time and which were then used to power the weapons, but mundane firearms would probably be more practical, and with their increased strength, your android could probably tote around several heavy weapons with ease, such as heavy machine guns, anti-material rifles, automatic grenade launchers, and rocket launchers, which would be sufficient for most destructive purposes.

manipulate electricity with their bio battery electric organs and I want these characters to have the ability to shoot powerful lasers, plasma projectiles etc but I am unsure how they could store that much power to allow them to do repeated attacks.

jdunlop has the right answer to the specific question you asked, but there's another element to this you didn't ask about that I want to draw your attention to.

If you're using bio-batteries of whatever kind to shoot lasers and so forth, that energy has to come FROM somewhere. Humans technically use several kinds of 'bio-battery' to power our own biological functions, and that energy comes, essentially, from extracting energy stored in the food we eat.

If your bio-cyborgs are going to be carrying kilowatts of stored energy inside them, they're going to either have to eat some truly stupendous quantities of food, or find some other way of recharging those batteries on a regular basis.

Solar isn't really an option because something the size of a human just doesn't have enough surface area to absorb sufficient energy that way. The simplest way would be if they can directly harness electrical current, and charge themselves up just like a Tesla. I feel like there should be some other options but my imagination is failing me just now. I'll come back if I think up something else. 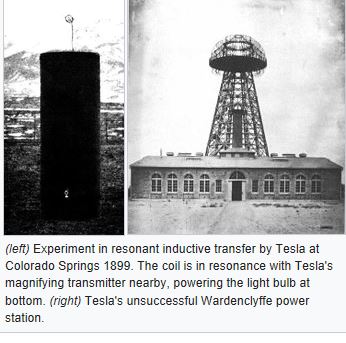 The idea: power things remotely using radiation that can travel thru the air. Your robots have power transmitters back at the base (hopefully a mushroom shaped copper-clad tower) or maybe in orbit, or mounted to the space antenna. They can rapidly charge up. They might unfold a dish to capture the rays; not sure where they would keep that dish between chargings. Cartman from South Park might have ideas.

This idea schemes up some things you might find useful.

Both give it a name, and ignore the details.

H. Beam Piper refers to isotope powered nuclear batteries. The batteries are armoured in collapsium. In effect a single layer of nuclei. About the same weight penalty as a foot of lead. The best reference is in the novel, "The Cosmic Computer"

A large amount of fuss and feathers some years back about eestor was making a capacitor capable of storing about 50 kWh in little more than a cubic foot. Turned out to be either vapour ware, or quality control issues, but nothing so far has come of it. It used barium titanate, with small impurities for a purported dialectric constant in the range of about 20,000 charged to 3500v. (Capacity is proportional to dialectic and plate area; energy proportional to capacity and the square of voltage.)

Superconductor loops approach energy densities comparable to gasoline. All you would need is some high temp superconductor material. There is no theoretical base I know of that it's impossible, and graphene makes it look possible. Superconductors also superconduct heat. So superconducting armour will be resistant to focused laser/plasma fire.

Solid carbon fuel cells look interesting. These in theory can convert 80% of the energy in carbon into energy. Currently both fussy and bulky, but the power density may be able to be increased using nano-particle carbon. The battery would have to be kept hot (800C) to work. Has potential at ship sized installations.

That said: Lasers have more waste heat at the source than they deliver to the target. As a weapon they work only by virtue of concentrating that energy is a very small spot. Lasers in air are inefficient. At high power, they ionize the air, then that blocks the beam. Maintaining a good focus at long distances is difficult even with a stationary target, and a rock stable platform.

There's a lot to be said for using a bullet. Chemical energy storage is dense. Most of the energy is delivered to the bullet. Much of the waste energy is in the propellent gasses. (There is still enough energy that barrels and breach get HOT. The Maxim machine gun is water cooled -- and boils the water.) The downside is that it's not as fast.

Not the answer you're looking for? Browse other questions tagged science-based energy or ask your own question.

5
Is broadcast power suitable for recharging robots?
2
How to keep the emotions when the brain-in-a-jar is connected to a cyborg body

12
How much power can you send via a laser through the atmosphere without catastrophic effects?
10
How much power would artificial gravity and inertial dampeners require?
11
Orbital construction: How to get around some of its problems?
12
Can wind power run heavy weapon factories on Mars?
7
How would technology adoption of Lithium Air battery work?
4
How can nuclear power produce -electricity- in space when energy must be converted differently?
73
How can Elsa's power fuel my Industrial Revolution?
3
How much energy could be stored in an average human body using electric organs?
7
How can a rogue planet get energy for plants to use?