How would medieval knights capture the anti-metal dragon?

Set in 13th century A. D. a gargantuan dragon weights 100 ton is cutting across a town and hundreds of knights gathered there to defeat it, this docile dragon is a herbivore and cannot fly. It have only 2 kinds of attack, the active attack is a high pitched scream as loud as a flock of male white bellbird and its passive attack is the effluvium it perspires constantly. This effluvium covers 10 football stadiums and contains trillions upon trillions strains of airborne metal eating bacteria called metallidurans which recently just mutated. How to capture this dragon since the benevolent king had put out a bounty to capture it alive so that he can relocate it somewhere isolated from the world?

Wax in your ears and a pointy stick

Since you say it's docile, all they have to do is gently encourage it to a suitable location while not upsetting it too much. Trying to transport a 100ton unconscious or dead dragon is going to be an exercise in logistics and engineering that they're probably not up to. Getting it to walk there will be much simpler.

Either that or just place beehives to create a corridor for it to pass down. Elephants don't much like bees, some similar concept would go down well.

Rather than try to actively capture it, and since the dragon seems fairly tame if left unprovoked, it seems the best option would be to put it to sleep.

You could easily do that by feeding the dragon with alcohol or some sleep-potion injected food, lots and lots of it. The logistics of this would be complicated but still far cheaper than constructing a giant net to try and capture it.

Then, you could simply transport the sedated dragon to whatever location you wish, the most practical means of transportation being by boat. Regarding its weight, 100 tons is not really that heavy all things considered, and even medieval technology would be able to transport a 100-ton object.

For reference, the obelisk of Louxor, which can nowadays be seen at the Concorde plaza in Paris, was brought there in the 19th century with technological means close to medieval ones, and that thing wheighs 230 tons, not 100. Admittedly, it was a very difficult task that took several years, but it was ultimately done. They first used ropes to dislocate the obelisk, then a ship to transport it to France. 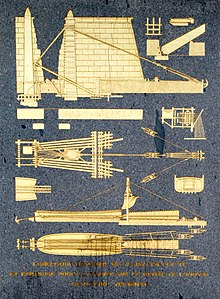 Not the answer you're looking for? Browse other questions tagged medieval dragons metals bacteria .

16
How would metal cloth affect armor design?
15
How would knights train in a world with rideable dragons?
4
Anti-Dragon armor, shields and melee weapons
4
How to care for your critically injured dragon: Medieval edition | Part 1: staying hydrated
24
How can medieval knights protect themselves against modern guns?
4
Is anti-dragon shock trap possible in the medieval time?
16
How would you capture deer alive in a medieval setting?
3
Dragon sailing Airship Part II: Room Temp Superconductor Anti-Ballast