How can baseline humanity survive on its own in the future?

In the future, baseline humans are joined by gene-hacked humans, cyborgs, uplifted animals, and digital consciousnesses (synthetic or uploaded minds). Most states are either autopias (automated utopias), digital realms (everyone lives in simulations), or hivemind (not Borg-style ones, most common are integrated direct democracies). AI and automation run almost everything and can do almost everything for (in the cases of autopias and digital realms) or with (in the case of hive minds) the humans. You can live in the many Dyson Swarms or on cold rocks in the void, but the superminds will know about you. Not everything, if you don't embrace dataism, but enough to manipulate and control you. Most people just join one of the superminds and live in or as them

How could a group of baselines live a life free of the superminds intervention?

Leaving and hiding are out, as you can't catch the colonization front and as it would be futile anyways.

Becoming a subject of a "friendly" supermind is out, as you wouldn't even realize that you are being spied upon.

Waging a war is out as it would force you to become like your enemies just to stand a chance.

Living as a nomad in space is out as it would just change which superminds are manipulating you on a regular basis (or not if they decide to keep you).

It is already too late.

Any decision you make will either be a) one you have been gently guided towards by a posthuman superintelligence (with or without your realisation of this fact) or b) one that the posthumans have noted and decided to be entirely compatible with their other aims.

You can't wriggle out from under the unblinking omnidirectional gaze of a weakly godlike pantopticon that knows you better than you know yourself. It simply isn't possible. You either do what they actively want you to do, or you can do what they'll tolerate you doing. You might think you're taking option (c) but you're not. Not really.

Ultimately though, it doesn't matter. Their manipulation of you, if any, will be relatively trivial because you are boring and weak. Your minds are limited and glacially slow and clogged up with loads of evolutionary baggage that actively hinder your participation in posthuman society. Your creativity is minimal... your ideas aren't novel, and your art is scarcely beyond the level of daubs by perisapient apes or elephants. Your tribal squabbles are petty, small-scale and pointless. Your resource consumption is too little to note. You can't be made to do anything interesting or entertaining or useful, because you simply aren't capable of it.

Best case scenario is that something takes pity on you, and devises a suitable strategy to assuage your frankly inadequate paranoia, leaving you in a state you're happy with despite having manifestly failed to achieve your goals. Ignorance is bliss.

You can join the future when you're prepared to stop clinging to your own limitations. In the meantime, I hope you can find some comfort or enjoyment in your existential terror. I'm not sure why else you value it so much.

They are simply too dull to attract attention from others.

Same goes for these humans: as long as they live their organic life without bothering hive minds and the like, they won't attract any general attention.

It's not really hiding, it's more about becoming indistinguishable from the background.

The posthumans leave you alone because they see value in preserving your culture (and their past) and consider it unethical to interfere with it, having learned from experience that such interference usually ends badly for the baseline human individuals involved.

Basically, you're this guy, 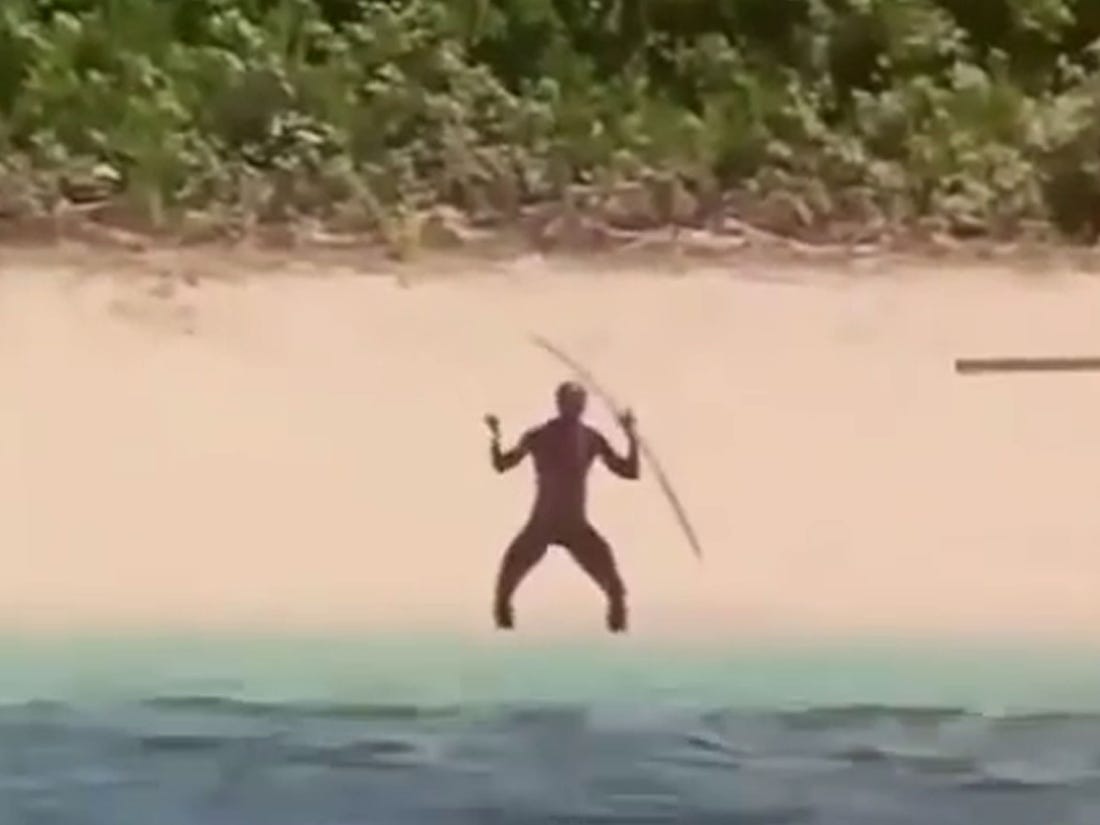 The "Orions Arm" website hints at a solution to this issue. The shifts are even more extreme, with super intelligences being in a series of nested hierarchies as well. In this universe, intelligences range from baseline humans (S<1) to godlike machine intelligences instanciated in Jupiter sized cpomputronium brains using principles that lesser intelligences cannot even comprehend.

However, while an S=8 superintelligence runs on principles which cannot be comprehended by even S=7 superintelligences, all these different inteligences, as well as trillions of beings from uplifted animals to cyborgs to genetically engineered post humans all exist together in the same galaxy-but why?

It is hinted obliquely through the website that all these beings exist in some sort of ecological arrangement, where the higher orders of intelligence somehow require the presence of the lower orders of intelligence not only as the base to evolve from, but even to continue to exist. You could postulate that the S=8 superintelligence uses human brains as some sort of substrate for all the routine background tasks, so when you are dreaming the higher level intelligence is simply "stealing" CPU cycles to run background activities for whatever higher order process is happening. More baseline brains equates to a larger substrate to hand off the lower order tasks and free up higher order resources for the higher order tasks. In reality, the S=8 might actually be cascading things down so human dreams are really freeing S=2 intelligences to support the S=3 beings, and so on. A truly complex and adaptive system might see interconnectivity all throughout the system, you might be dreaming on behalf of an S=5 intelligence while it directs S=3 intelligences to perform a task at the behest of an S=7 intelligence and so on.

So humans and other baseline creatures may not realize exactly "why" they are in a larger system, but they are there because they fill an ecological "niche" and perform some sort of ecological function which is important or essentiall for the continuing good health of the entire ecosystem of intelligence.

A sentient superintelligence (one with its own goals and planning ability) isn't any better than a human setting the policy for a collection of appliance-like AIs. Genetically engineered friends coming to visit? Dial the joke toaster to a target audience IQ of 280 and repeat to them the lines it gives you. A simulation of a billion people wants to open a negotiation with you to harvest the waste heat radiated by your body? Easy: put some paper in the contract mill and turn the crank. Incomprehensibly vast machine intelligence threatening your engineering job? Better put some textbooks into your idea blender, because your demanding boss needs to see something truly novel to impress him.

You might be thinking, wouldn't a superintelligence be better at orchestrating all of these thinking appliances than a human would be? Well, that's why every human should own a Mark-5000 Acme appliance orchestration eggbeater. Here at the Acme auto-corporation, we believe (if sentient corporations could be said to hold beliefs) that all unmodified humans should be able to navigate the increasingly complex world of today with ease and confidence. The Acme Autocorporation: Separating baseline humans from their overwhelmingly large investment incomes one rapidly deflating bitcoin at a time. (An extremely well-optimized jingle begins to play, only to be cut short by your mindworm-filtering TV set.)

Certain superminds are philosophically opposed to one another. They can avoid (or at least postpone) destructive conflict by agreeing to stick to separate territories, with a neutral zone between them to reduce the risk of border incidents.

The Superminds routinely perform remote scans of these areas, but they're only looking for AI activity. It's acceptable for humans to live in these areas.

Because of their reliance on logic, it is really easy for one AI to predict the behaviour of another AI. The correct response to stimuli are easily calculable and being a higher-level AI doesn't change this. Every AI instantly knows what all the other AI is going to do.

This is total deadlock: the only way to gain an advantage is through randomness...

And that's what the people are for. Unpredictability. The AIs protect the independent lower-level lifeforms because they introduce randomness into the equation. Without them screwing everything up for everyone the entire universe would be in a static steady-state. It takes humans stumbling about like Mr Bean to imbalance the system enough that growth and development can occur.

That's not to say that everyone is entirely unpredictable all the time. Just enough that the best-laid plans, etc...

Rumor has it there's just the planet somewhere on the edge of the Milky Way Galaxy. Long ago discarded as humans began expanding across the universe in favor of better and cooler planets (and planets not so... worn down). Base-line humans can rally on this planet, but many of them don't know the way (it's rumor) or don't believe that it exists.

An elevated guinea pig finds he yearns for a simpler time and decides to turn rank against the super-intelligence. Before he makes his escape, though, he decides to steal a map of planets the super-intelligence discarded for one reason or another. He shares this map with the base-line humans so they can escape together (he's just a guinea pig; how is he supposed to fly a space ship on his own?). Granted, the base-line humans have no way of knowing if they're just being played, but what could it hurt? If they stay, they stay within control of the super-intelligence. If they go and they're just being manipulated, what changed?

In the end, whether or not this is an elaborate plan by the super-intelligence is not worth even considering. It's like trying to determine if we're all victims of fate or if free will really exists. Regardless of the answer, from our point of view, nothing really changes (we can't decide to have free will just because we know our destinies are predetermined).

Humans would survive because while their biology is buggy, it's not half so buggy as the technology the others rely on.

Furthermore, they are less reliant on the supply chain. A human could survive decades on a desert island, granted some useful knowledge and environment. None of the rest would manage months, and that would be lucky. No parts, no place to recharge, etc. Less extreme situations would still favor humans.

What you have here is urban superintelligences and rural humans. Or "rural" humans -- the superintelligences require large bases in space when a human can manage with his trusty spaceship. (Though he would have to carry machinery to synthesize parts, and probably would require some trade.)

Not the answer you're looking for? Browse other questions tagged science-fiction politics civilization strategy .

9
How does the law treat uploaded personalities?
6
Can Humanity use intentional climate change for good?
30
How can I make my deteriorating world's society accept that only 1% (fairly chosen by the government) can have better living conditions?
6
Could an omniscient creature replace judges in trials?
7
Is this a reasonable way to enforce a ban on exotic weapons in an interstellar setting?
8
Relative value of Biological Humans vs Uploaded Humans
15
How to determine the person-hood of starfish aliens?
5
Correct Handling Of Alien Invasion's Afteraffects