What is the scientific basis for yellow, bioluminescent eyes?

I've seen many concept arts of aliens that have some sort of glowing bioluminescent pupil-less eyes. I'm inventing a creature that has yellow glowing eyes like that and can see in the dark. My questions are:

It can be an illusion

Many mammals have (the illusion of) glowing yellow eyes - deer, dogs, racoons, etc.

I say "illusion" because the eyes themselves are not emitting the light, but reflecting the light. You can think of this something like someone with bleach-white teeth in a dimly-lit room. If the light hits it right, the contrast between that much white and the darkness makes it seem like their teeth are glowing, even though they are not.

Is yellow bioluminescence a thing?
Yeah, look at Firefly

How do the eyes work without pupils?
It does not, without hole in iris no light would came to eye. In case you meant absence of iris, it can work, but you lose ability to accommodate to different light insensitivity, situation when someone don't have it is called Anidrida, look it up.

Doesn't the creature get blinded by the light of it's own eyes?
It depends on how intensive light would be, but we can safely assume it would not, there would be no evolutionary point in having glow from eyes which makes you unable to see.

Why would it evolve glowing eyes in the first place?
Maybe to lure preys in darkens like abyssal fishes do? Or for some strange mating reasons? Or to find other companion from society in darkness more easily? Or simply to light when its to dark to see without it?

One possibility is has been answered already, for various reasons related to evolution in a low light environment.

Another possibility is similar to an astronaut's visor: 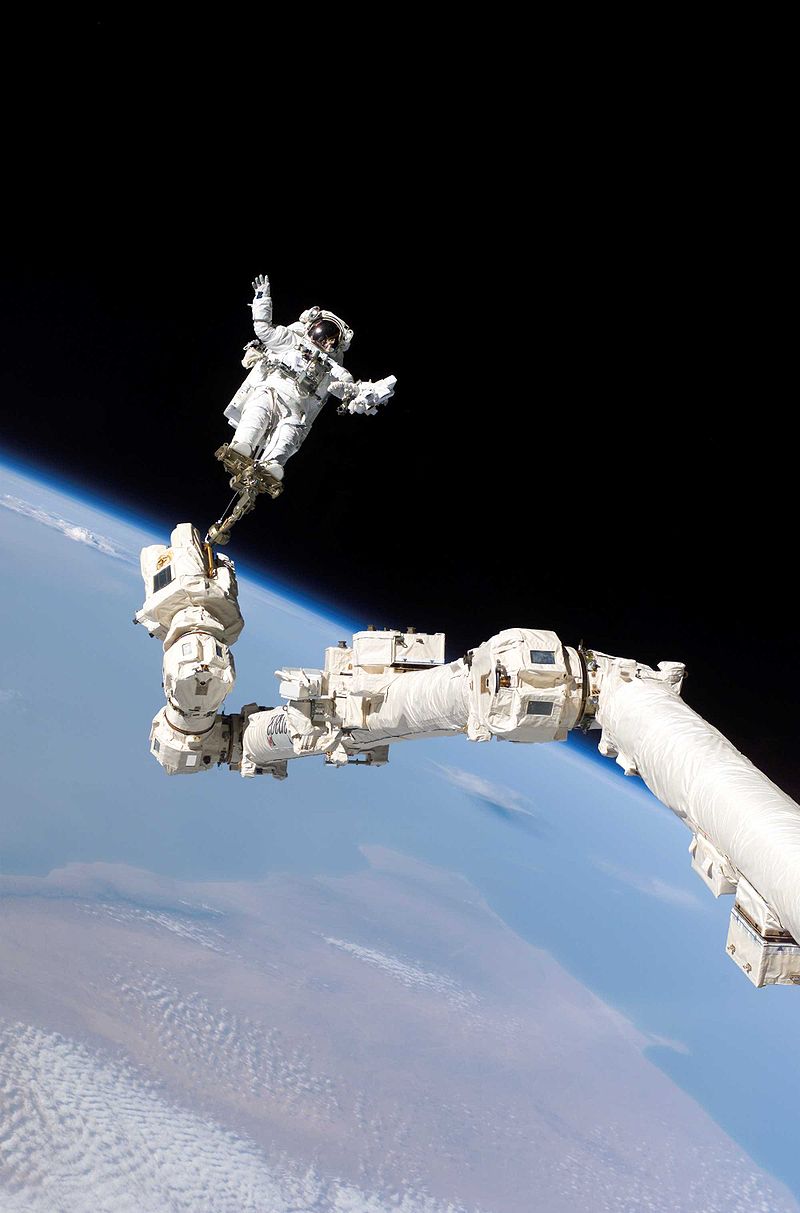 The eyes may have evolved a reflective sheen to reduce the incoming light. Ideally this would adjust for lighting conditions the same way the iris would contract or expand. In this scenario there may still be a pupil but it would not be visible from outside of the eye. Note the golden color of the visor's reflective coating. There are similarly all hues of metallic reflective coatings, including red, blue and green.

Edit: Finally the eye could also have a layer of bioluminescent cells over the reflective coating. The effect of this would be that the light from the bioluminous cell would be blocked from entering the eye.

An option that others have not mentioned... Consider a creature whose vision works well down in the infrared (effectively 'seeing' heat), or well up into the ultraviolet (the way some insect eyes do). In that case, a yellow glow would not interfere with its vision, because yellow is out of its visual range, and pupils might not be recognizable as such because they would be made of material that is transparent in frequencies that we ourselves cannot see.

Such a creature would evolve, obviously, in an environment where the light bandwidth peaked in the infrared or ultraviolet range (not in the green range that our own sun provides). The glowing eyes might be entirely incidental (a function of the materials that make up the working parts of an infrared or ultraviolet eye) or may act as a kind of biological flashlight (sending out a beam that reflects back in frequencies the eye can see (the way ultraviolet light will cause phosphorescent materials to glow in human visual range). If the alien is a predator, the glow might also serve as a 'startle' mechanism, causing hunkered down prey to panic and run, making them easier to catch.

Cat's eyes glow because they have a layer of reflective material at the back of the eye. This causes any light that gets to the back of the eye to reflect forward. This gives the retina a second chance at detecting any given light, and makes the retina effectively much more sensitive. You see light reflected back, and so light coming from the eyes like a mirror. It's not due to bio-luminescence.

Typical bio-luminescent species don't have bio-luminescence in their eyes. That would be quite inefficient for the reasons you mention. Typically, such glow is somewhere else, such as on their skin or in a special appendage. Angler fish have a lure. Fire flies glow from their abdomen. Unless it's a creature that does not have eyes as such. There are jellyfish that glow all over. And there are micro-organisms and fungi that glow. Such organisms don't usually have eyes to be dazzled.

Operating in low light levels would tend to mean they need their eyes to have as wide iris as possible. Cat's have irises that can clamp down to very narrow openings in daylight, and open up to a very wide portion of the eye at night. A narrow iris when light levels are high blocks non-required light, and also increases the sharpness of focus.

So an alien with very wide pupils and glowing or reflective eyes tends to suggest a nocturnal or subterranean sort of critter. Either creepy or exotic, depending on the context and the presentation.

Why would it evolve glowing eyes in the first place?

These creatures are social animals like us. Things that set off the eye against the face are attractive. 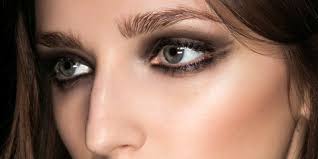 How do the eyes work without pupils?

They do have pupils. The pupils are big. The entire visible eye is the enormous pupil. The rest of the eye is within the orbit and not visible.

Is yellow bioluminescence a thing?

Doesn't the creature get blinded by the light of its own eyes?

That light is meant to be seen by the conspecific that the creature is looking at. The light is channeled down short filaments such that it is not visible from an angle or by the emitter, only by the creature directly in the line of sight. . There are traffic lights that work that way. Just as in our species we have whites surrounding the pupil so others will know where we are looking, this species uses the glow to indicate gaze direction to others.

They are not the real eyes

Eyes need a pupil to see, and that pupil must absorb light, meaning it will be black. But that doesn't mean you can't have a creature that looks like it has glowing eyes. 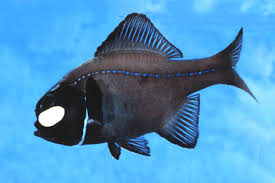 Looks an awful lot like pupil-less glowing eyes, doesn't it? But the glowing organs are not the real eyes. The real eyes are the dark circles above the glowy bits. In the dark, of course, you can hardly notice the real eyes.

They use the glowing organs to see, and also to signal each other (they can turn them on and off quickly). They have to be careful though, since the lights can make them visible to predators.

Fun fact about deep-sea bioluminescence: most bioluminescent sea creatures use the same few species of bacteria, which exist in the ecosystem. Animals that evolved a suitable pouch to breed these bacteria have the ability to use them as light sources, even though the animals are not related to each other. A similar bacterium might evolve on land and be utilized by land animals; evolutionary pressure just hasn't been strong enough for bioluminescence to become widespread among land-dwellers, though there are of course a few exceptions like fireflies (which are often yellow).

I'd expect a large bioluminescent land animal to be a social pack-hunter, like wolves - they can use their glowing organs not only to see in the dark, but also to signal each other silently and coordinate their attacks at night.

Not the answer you're looking for? Browse other questions tagged creature-design vision .

5
How would different kinds of eyes (polycoria, differently shaped pupils, etc.) work?
6
How would eyes, pupils and camouflage evolve if the sun was stationary near the horizon?
7
Why would a blind creature evolve display features?
28
A fast aquatic predator with multiple eyes and pupils. Would these eyes be possible?
1
Which developmental pathway makes more sense?
5
Is it possible for this creature to evolve?
8
How could be a relatively "universal" eye?
6
Shimmering Bird
15
Seeing in the Dark - Flashlight Eyes