How fast could snake-people move

Say a snake-person was between fifteen and eighteen feet long on average (this includes the "human" part of the body). That's around the length of an anaconda, but I imagine it would have to be thicker to support the human torso. Given that, how fast could a creature like this move?

Edit: Apparently this needs more details, so below is an example of the kind of creature I'm describing. The type of movement I'm asking about is similar to how a snake slithers, but with a human torso raised off the ground (similar to how snakes rear up). Hope that clears things up. 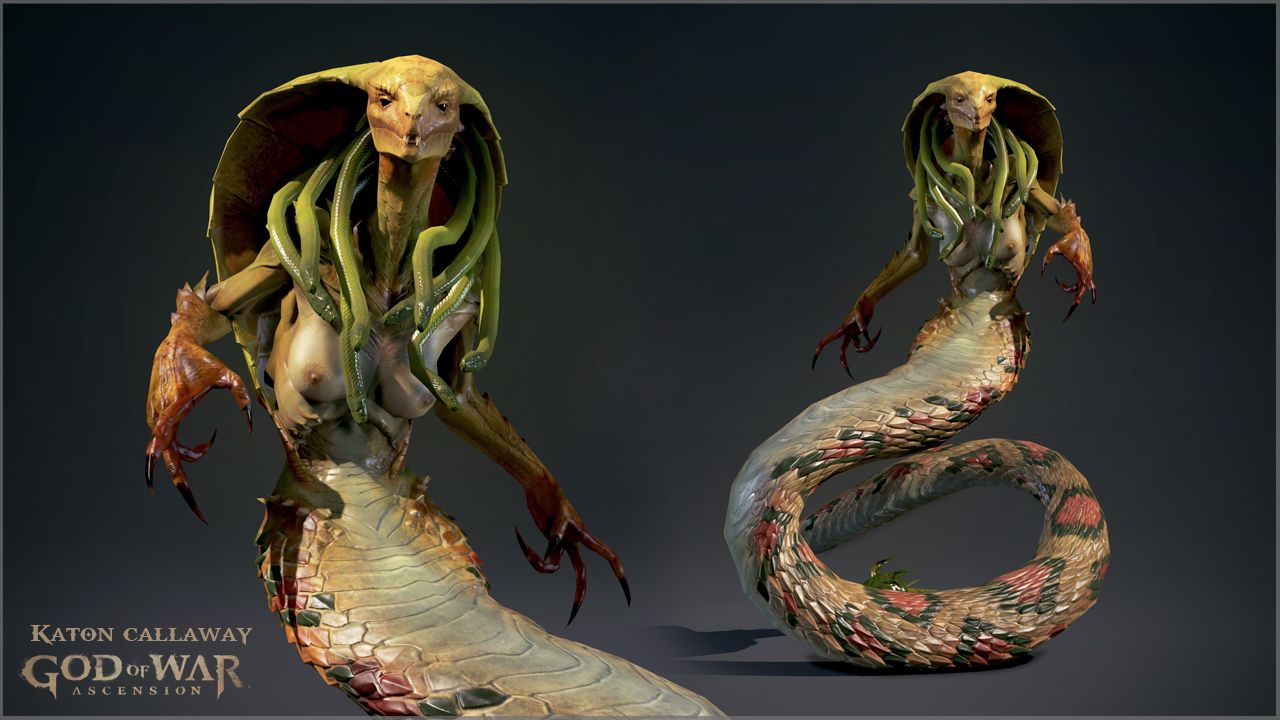 EDIT:
This creature could be considered a mythological creature called a Lamia.

Not all that fast.

I"ll assume from context that what you're describing is like a snake-centaur. e.g. a human torso with a snake body extending from the pelvis.

As far as locomotion is concerned, what you're describing is basically just a slightly larger anaconda that has to carry a significant portion of its body mass up off the ground (the human torso).

Not the answer you're looking for? Browse other questions tagged biology fantasy-races or ask your own question.