Essentially I'm looking for a plausible way that a planet could have odd, extreme seasons. Basically I'm wondering how (or if) a planet could work that has a week long day during the summer and a week long night during the winter. You guys can get as crazy with it as you want to I just can't figure out a way to make it work.

The easiest way to achieve this is through Axial Tilt and be closer to the poles. In point of fact, we already have this on Earth due to our own axial tilt. This is the same attribute that causes the seasons on Earth. 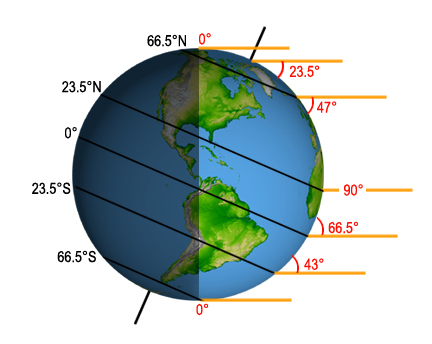 Looking at this picture from the second link above you can see that at certain times of the year, the closer to the poles you are the longer the daylight is shorter the night is during Summer, and the reverse is true in Winter.

This is not to say that the length of a day in terms of the rotation of the earth is concerned; a 'day' by that definition is going to be exactly the same. But, if you define a day as being that period of time during which it is light once and dark once due to the position of that point on the planet with respect to the Sun, then during Summer and Winter you will have longer days, that have proportionally much longer light and dark periods respectively.

To have the same effect across the whole planet it would be necessary to have a 0 degree axial tilt rather than the 23 degrees Earth has. Highly eccentric orbits might cause some disturbance due to motion of the planet covering a significant distance in one week putting the timings out. A circular orbit wouldn’t have this problem but wouldn’t have seasons either.

If the intention was for 1 Earth day “days” and 1 Earth week “nights” in the winter and the reverse in the summer then unfortunately it is not possible because a planet can’t be speeded up or slowed down as quickly as you need due to the amount of rotational energy involved and the law of conservation of angular momentum.

Assuming that the effect is needed to be planet wide and uniform. If not then the situation arises on Earth already.

Yet another possibility is a combination of two things:

Twice a planet's year the end of it's axis will point at the system's sun. One hemisphere will at that time have a week long day, the opposite one - a week long night. During a week in between seasons day and night will change normally everywhere on this planet. If you wish for even longer nights, you can extend the planet's year.

What else should be considered:

Not the answer you're looking for? Browse other questions tagged science-based earth-like day-night or ask your own question.

31
Can a planet have a figure-8 type of orbit around two separate stars?
15
Stabilizing the Temperature On a Planet With a (Very) Long Day
13
Does a planet's axial tilt and seasonal progression affect a planetary-ring system, as seen from the planet surface?
2
Could a habitable tidally locked planet have a day and night cycle caused by the eccentricity of its orbit?
6
In what ways would the earth's orbit/atmosphere/ocean currents have to be different in order to create summer with long nights?
7
Realistic ways a Planet or Large Moon could have Variable Day/Night periods
19
I want ten Earth-years long day on my planet. Can I have it?
4
World with two directly opposed habitable continents, one hot one cold, with significant geographical barrier between them
3
How would a planet's (human) life adapt to inconsistent night duration?