is there a way to levitating entire body of water in earth and make it stay in the sky?

as the title, is there a way to levitate entire body of water in earth and make it stay in the sky (not cloud and still in liquid form) ? either natural or man made.

the water either flowing or covering entire globe in the sky layer or developed into a single giant ball of water puddle like moon made of water (prefferably stil in the sky and not out to the space).

here a rough image i try to make, to make it easier to see (maybe) 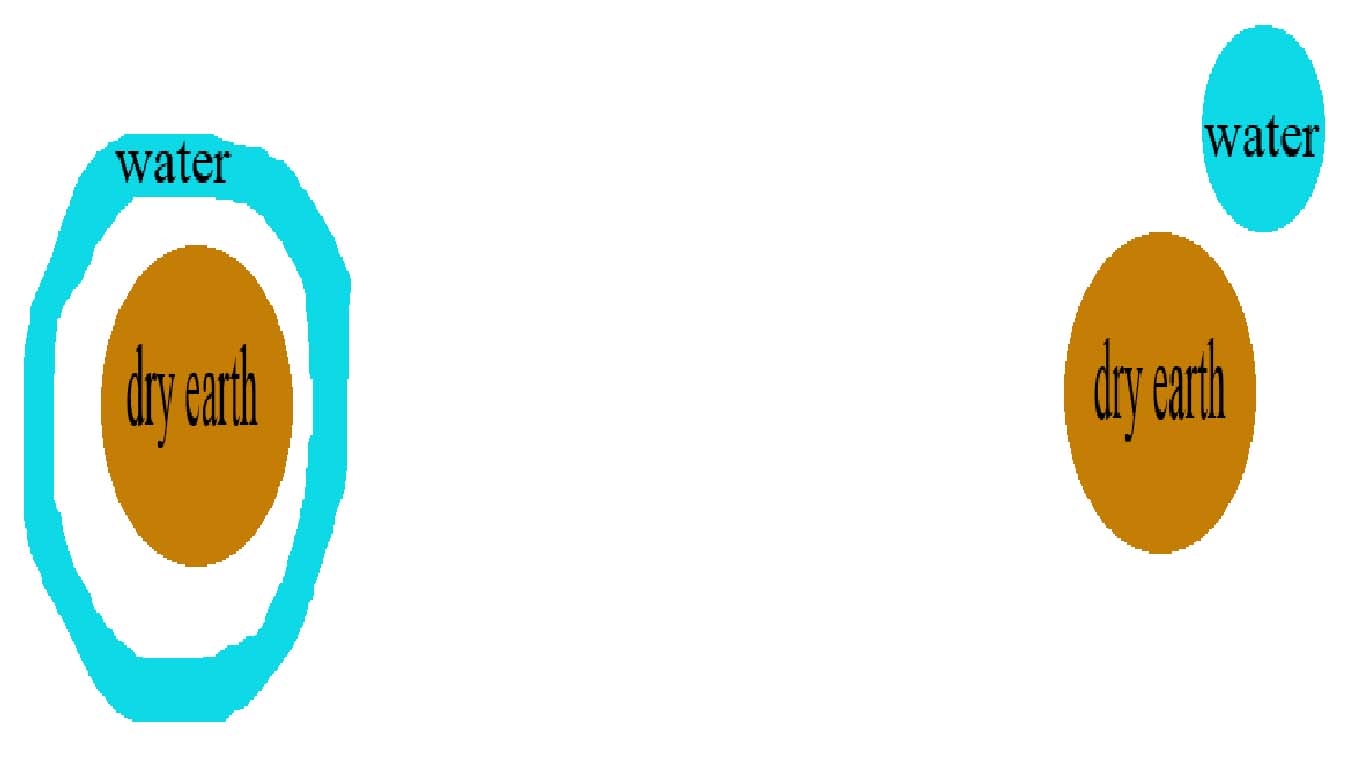 it may or may not have cloud, its not necessary have cloud, but iam curious if cloud can still be generated.

moon may or may not exist, it not necessary exist, if that is the necessary to achieve such state or characteristic of floating/levitating water.

so do rain may or may not exist (i mean falling water but if it exist it will levitate again after a while like a cycle because of something) and not necessary to be from cloud.

prefferably wont kill entire lifeform or human atleast during the process, but if thats the only consequence way to achieve it then its ok.

something similar like iserlohn fortress from legend of galactic heroes which made from liquid hydro metal layer from their man made planet.

feel free to edit the tag because i dont know which tag is apropriate for my question.

This is a major undertaking. You will need a civilization somewhere between 1 and 2 on the Kardeshev Scale, and you will need to do it manually. If you have a Dyson sphere you should be able to muster up enough energy to pull it off.

Start by boiling the oceans. Raising the global temperature to over 100C should do the trick. Alternatively, microwaving the planet may work. This will, of course, kill anything living on the surface.

Then, send a fleet of giant atmosphere collector ships or one Mega Maid to suck up the atmosphere. You'll get some stuff besides water, but water will be the main bulk of it.

The total mass of the Earth's oceans is around 1.3 × 1021 kg. This is bigger than the mass of dwarf planet Ceres (8.96 × 1020 kg), so if brought beyond Earth's gravitational field and accelerated to orbital velocity, the oceans should be able to hold together and form a sphere under their own gravity, creating a small moon made entirely of water.

If the water-moon is too close to Earth, it will break apart and form a ring made of water, which could last for years before eventually falling back to the Earth. However even this will be higher than the outer limits of the atmosphere.

Water is diamagnetic, meaning that its magnetic polarisation aligns itself opposite to an applied magnetic field (thus, water is repelled by magnetic fields). This has been demonstrated in "levitating frog" experiments. If you were able to somehow get a (monodirectional) magnetic field to protrude out of the ocean, you could hypothetically project it from the surface of the planet.

However, the problem of keeping it there remains, as it will not be travelling at orbital speeds, so once the magnetic field is switched-off, the water will simply fall back to the planet.

Another problem is that only liquid and gaseous water is diamagnetic due to the ability of the water molecules to orient within the magnetic field. I'm pretty sure diamagnetism would still also apply to a low temperature gaseous state, but in solid (ice) state, they are no longer able to align and thus would not be magnetic at all.

I say "low temperature" because a high temperature liquid would be past magnetic criticality. What this means is the orientation of the molecules causing the diamagnetic response would be negated by the change in orientation incurred by thermal excitations.

This requirement of keeping the water liquid in orbit is problematic, as water simply evaporates under low pressures, so you'll simply have a gaseous cloud of water vapour in orbit if you can control the pressure. If you somehow manage to control this to get an agglomeration, there would still be an "extinction zone" whereby there is an increasingly gaseous mixture of gaseous and liquid states near the surface. Due to the elements involved, this body would not have a high-enough mass to create a gravitational field to prevent gaseous water escaping.

EDIT: It should be noted that water - when exposed to a vacuum like space - would not be fully gaseous, and would instead be an atomised mixture of free oxygen molecules and microscopic clumps of ice, so would not be easily harnessable by a magnetic field.

Unfortunately I do not think there is any way to achieve what you require. Imparting sufficient energy to Earth’s oceans by heating or rapid motion would destroy the entire surface of the planet and drag friction with the surface would force the water to eventually fall / condense back to the surface again. Giving the water sufficient energy to reach orbital velocity would have an even more dramatic effect creating a liquid ring around Earth. However this would not be stable and would soon collapse.

Not the answer you're looking for? Browse other questions tagged science-based planets physics earth-like or ask your own question.

19
Is it possible for a planet to have a liquid ring?

8
Infinite tube world
5
What would a world with uneven gravity look like?
8
Can this unique planet be colonized?
8
How can a world have permanent cloud cover?
3
How do I explain the formation of my world scientifically?
5
How would a tree that can create its own wind work and look like?
19
Is it possible to place a permanent probe on Uranus?
3
What would be needed to scientifically be able to stand on cloud?