Bryophitic Plants in an Underwater Forest

By "bryophitic", I mean "non-vascular land plants", being the liverworts and the mosses. (Hornworts are comparative latecomers, so we won't be talking about them.) Without vascular tissues, these plants can't grow big or far from water or any kind of damp soil.

But that's just on land. In an alternate Earth, a long-ago mass extinction event (say, Jurassic-Cretaceous), nearly drove the mosses and liverworts into extinction. They survived primarily by seeking safety beneath the surface (in layman's terms, underwater.) Would being totally submerged in sunlit water, first fresh and then sea, allow them to grow into forests, or would their lack of specialized tissues just make meadows and prairies out of them?

Bryophitic plants do have specialised organs - just not vascular ones, and given no competition they would quickly become non-bryophitic.

They do already have much in similar with aquatic plants - however the definition of 'Bryophitic' is simply that they do not have vascular mechanisms (ie. they do not transport nutrients from a soil). This would indeed limit their size, and yes they would appear more algae like or moss like underwater.

However being initially from land I would imagine they would naturally settle comfortably on sea floors / lake floors and that environment would be ideal to develop a vascular system to draw nutrients from the underwater soil.

I would imagine after your extinction event (especially being quite late in Earth's evolutionary history - the Jurassic / Creteceous event was 'relatively' recent) there would be plenty of nutrient rich soil to be exploited by this time.

Once they do, their size would rapidly expand and there is no reason that they cannot grow to forests similar to kelp forests very quickly. 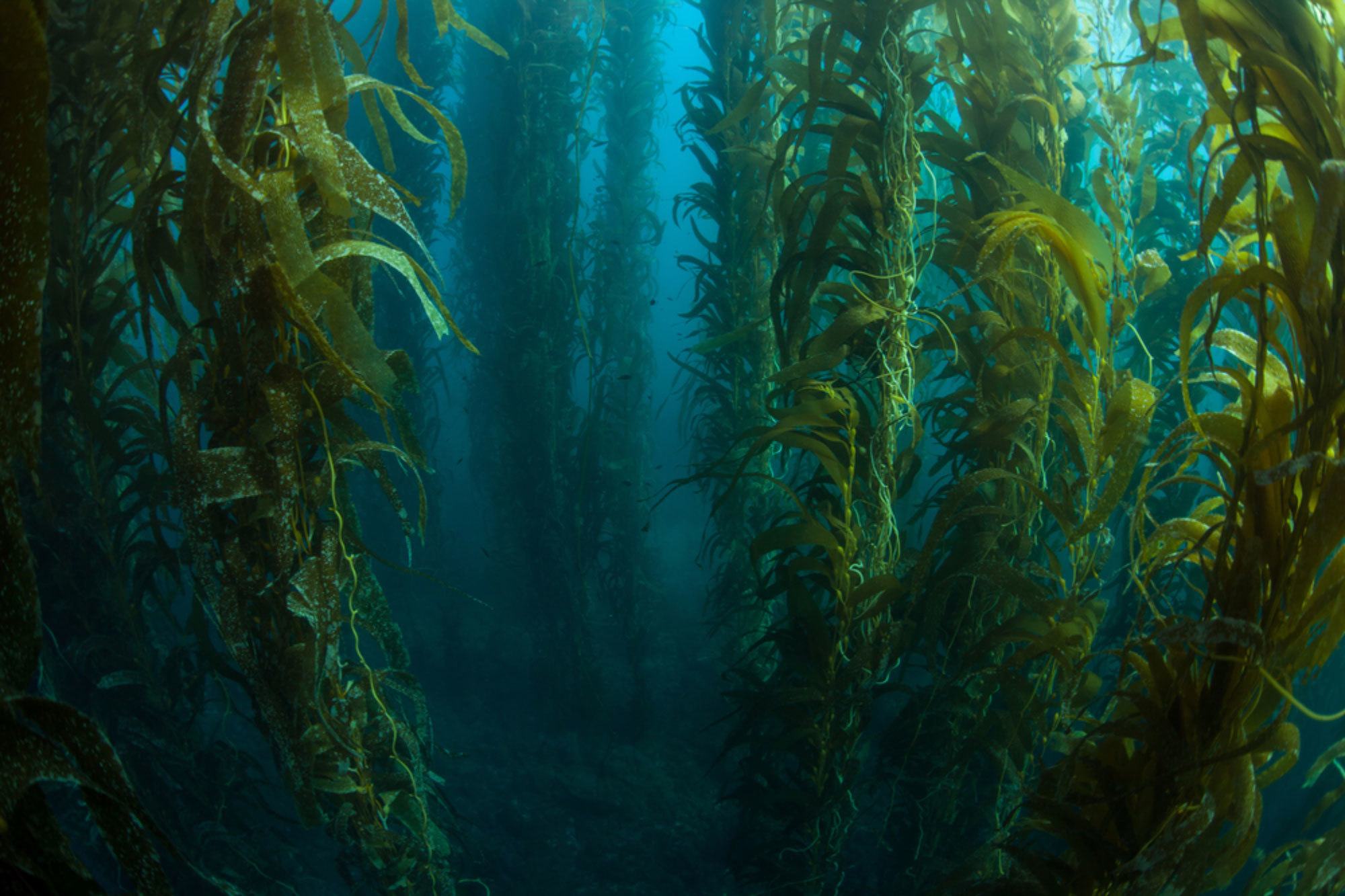 So I would imagine they would develop such ability pretty quickly. Of course when they do they wouldn't be considered within the definition of 'Bryophitic' anymore.

Maybe you can "design" some type of symbiotic relationship with corals, in which the liverwort/moss provide food or some kind or structural guide to them (or something else), and the dead corals would provide the structure for the moss and corals to reach enough sunlight.

As time passes, the top levels of the "forest" would block the sunlight and make the bottom levels to cease growth or even die, leaving behind the core of the pillars.

Leaving the imagination fly far away, I think with time enough, continental drift would take the base level deeper, making the forest to grow higher and higher. And maybe the weight of the structure would bury the pillars on the sand, providing anchorage and preventing a domino effect.

Not the answer you're looking for? Browse other questions tagged science-based evolution flora alternate-earth adaptability or ask your own question.

21
Could plants develop intelligence?
4
Explosive plants
10
Interlocking, ultra-high forest, is it possible?
6
Red Plants Alongside the Green
6
Could Bamboos Evolve Into Trees In the Past?
7
The Boreal Bamboo Forest
1
Can Pinnipeds Fit in a Worm Forest?
2
How Can Plants and Insects Cope With Living on a Terraformed Mars?
9
Could Cats Add Lots of Plants to Their Diet?