Can a Mammal Develop a Jaw Shaped Like a Beak?

Many mythological creatures have a popularity secondary only to the dragon (the one true global force.) Among them is the griffin, a half-bird-half-cat cut-and-paste. Now, in an alternate Earth, the griffin is a real clade of primarily arboreal mammal, which means ditch the third pair of limbs and justify the "eagle-talons" as something more akin to a raccoon's or a grey fox's (though the Europeans or Africans or Asians who described the griffins had no idea what a raccoon or grey fox looked like, so "eagle-talons" pretty much got stuck.) What's more is that they occupy a niche filled back home by certain clades of parrots.

But for these mammals to fill in such a role requires altering the jawline into something strong and curved. Within the mammal class, is this within the realm of possibility?

Oh, and before any of you bring up the duck-billed platypus, I'm aiming at a parrot angle, not a duck angle. 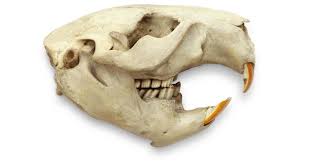 Depicted: a red squirrel skull. The teeth are far out at the front of the jaw. In some species they protrude right out of the mouth so they can be used (for digging) with the mouth closed. Here is a gopher displaying this 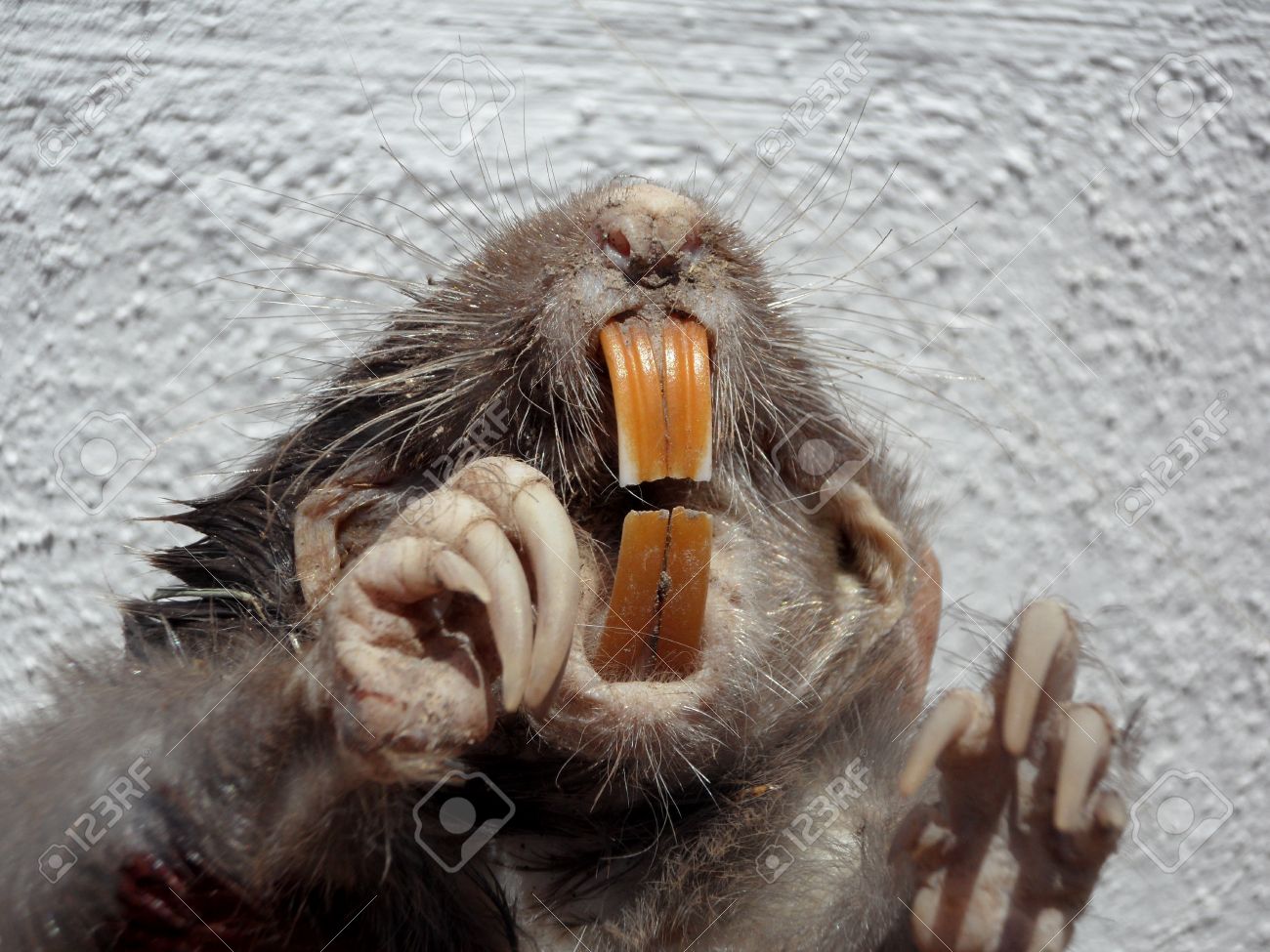 Looking into the future, I foresee protests that these teeth are not curved at the correct angle to mimic a parrot beak. The curve of the teeth is evolutionarily mutable. In existing rodents they will curve around if not worn down by use. 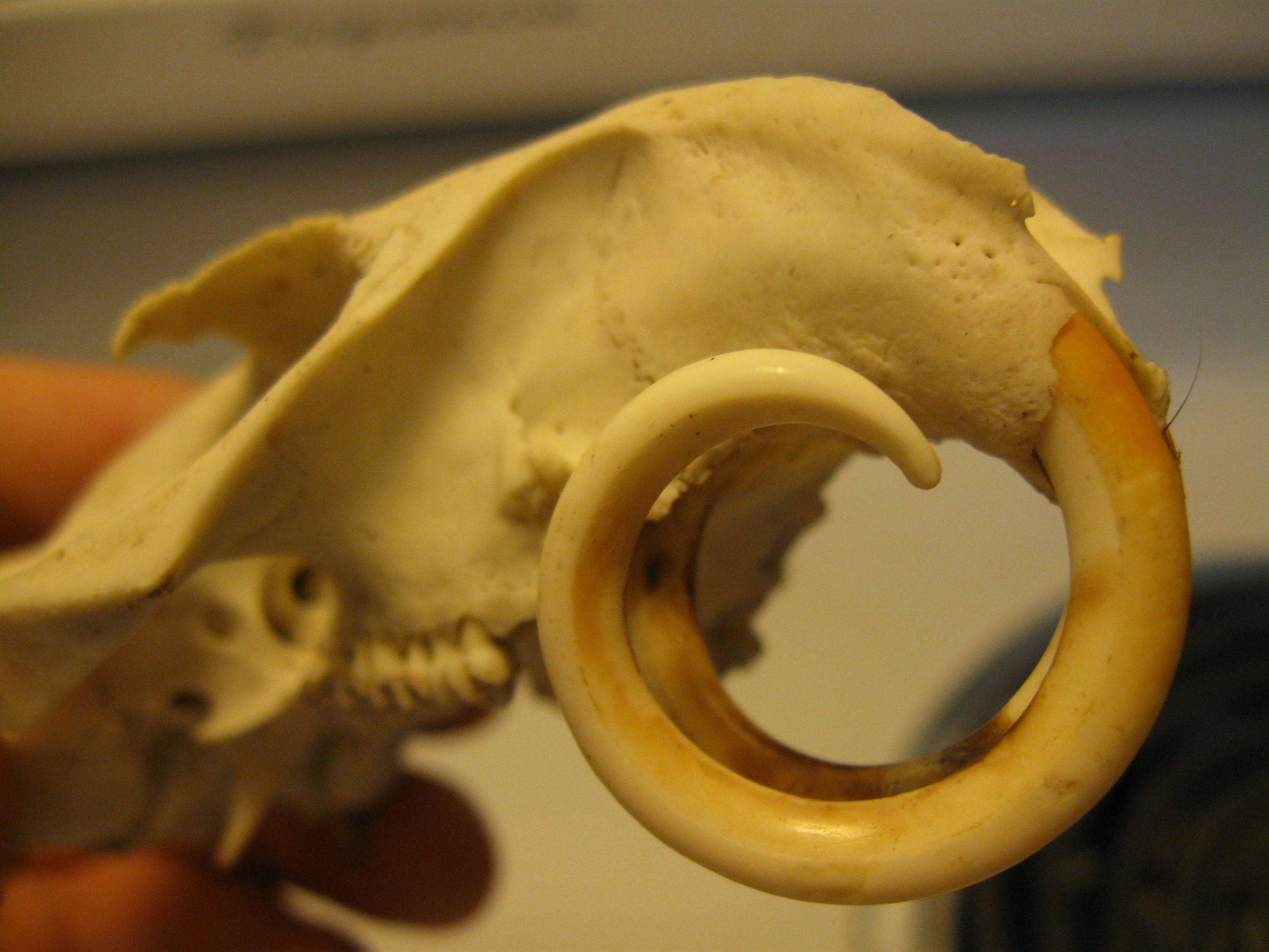 Your mammalian parrot analogs have rodent-like external teeth, which jut out in front of the mouth and curve in exactly the way you want to form a beak.

Birds developed beaks in order to lighten their structural mass as part of the evolutionary adaptations for flight. The beak replaces the canines in terms of being able to cut through meat (or seeds) in order to get at the nutritious interior, while the grinding molar function has been taken over by a muscular crop in the digestive system (often filled with pebbles to enhance the grinding action). Raptors and owls also have very strong digestive fluids to dissolve the bones and fur they ingest, so it can pass through the digestive system and out without injury.

Parallel to the evolution of birds, the ceratopsids also evolved beak like structures. This was an evolutionary development driven by their exploitation of the very fibrous plants during the Cretaceous period, which was difficult to get at with conventional teeth. 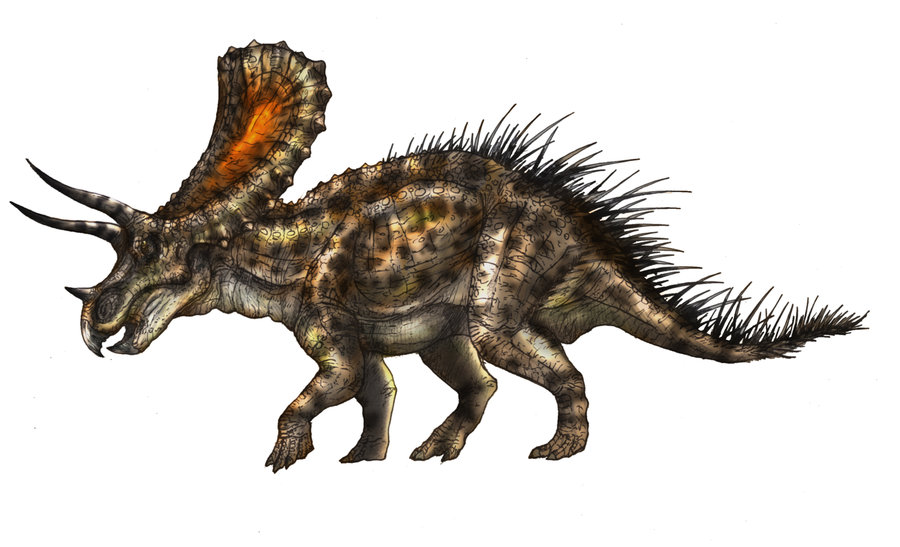 Modern reconstruction of a Triceratops

Given the OP's description of the Griffin as an arboreal creature with a similar niche to a parrot, then you will select both for lightness (losing teeth and especially molars), as well as the ability to cut through nuts and other nutritious plant material to get at the tasty items inside. This is quite different from the usual vision of a griffin as a killing beast, but given a large, sharp beak, "eagle talon" feet and an aggressive attitude towards defending its nest and hunting area, it is likely still a formidable opponent. 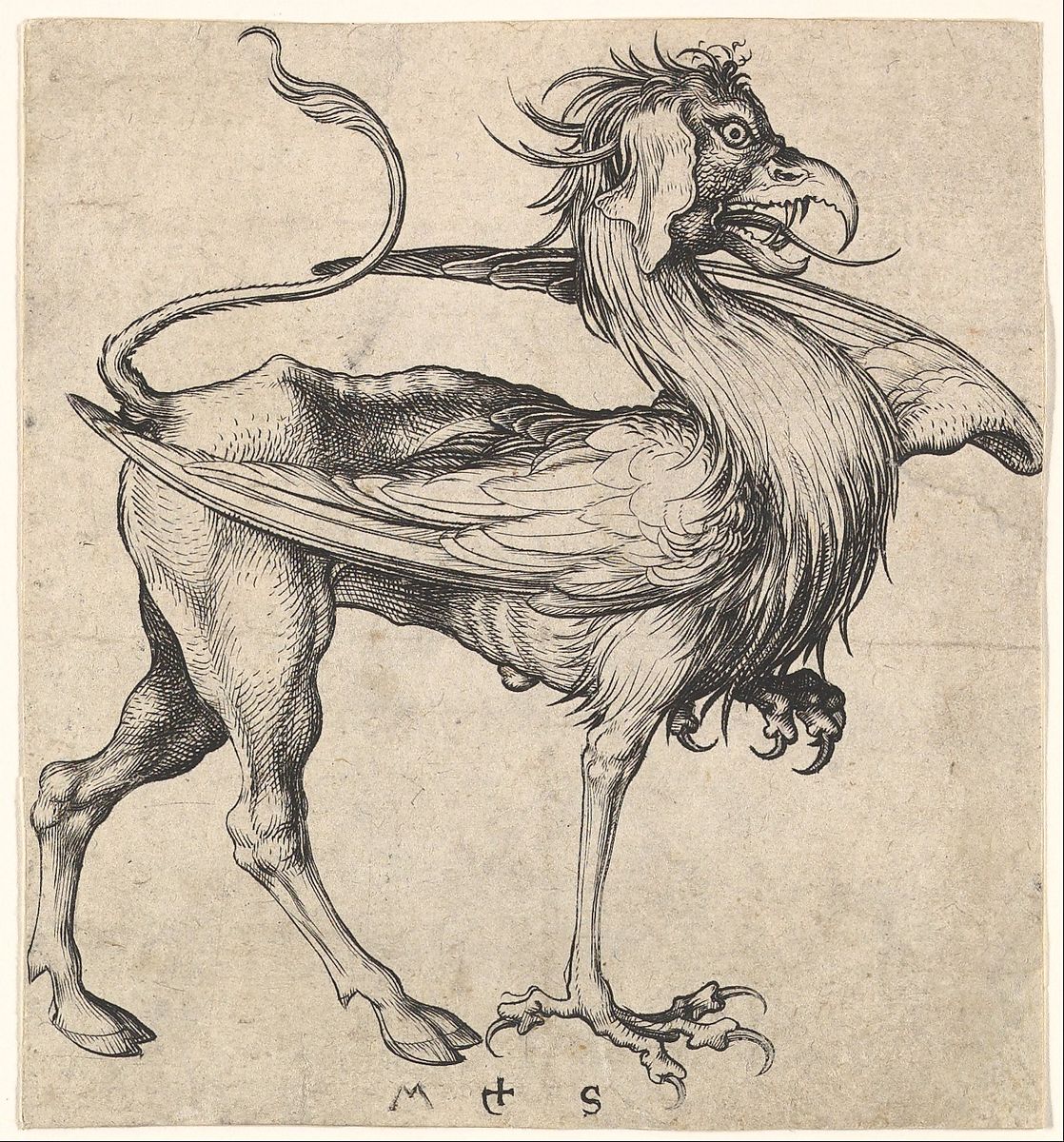 Not the answer you're looking for? Browse other questions tagged science-based creature-design mammals .

6
Upper limb disposition for a mammal-like alien with radial symmetry?
3
Could an aquatic mammal develop an eel-like fin as opposed to a fluked structure?
7
How could a mammal develop that has long legs but lives in a semi aquatic area?
2
Can a mammal and Oviparous have child together if they have similar external body structure?
7
Alien Mammal-Like Ears
13
Can an insect evolve to look and function like a mammal?
7
How could a human-shaped fluid creature move like an actual human?
4
How Can a Mammal Be Green and Blue? (No Camo, Please!)
1
How will these mammal-bugs retain their bug-like features?
4
Could a mammal camouflage like a cuttlefish?