I'm considering adding a particle based weapon within my setting. It would be used in atmosphere and utilise [electrons] (http://www.projectrho.com/public_html/rocket/sidearmenergy.php#id--Particle_Beam) for the beam.

What i'm wondering is, what, if any, difference is their between a pulse and beam?

I looked around for information of the comparison and haven't found any.

EDIT: some clarification. When I refer to a pulse, I’m deriving my thinking from the principal of a pulsed laser compared to a beam laser. What I’m wondering is if there is any differences between pulsed and beam particle weapons as observed in lasers. Of course article weapons are different than lasers, but I hope I got the idea across.

If you remember televisions before they were flat, those had electron beams which created your picture. The secret to making the beam hit an extremely precise target on the screen was by shooting the beam in a vacuum. In any atmosphere, you won’t get a charged particle to go anywhere you want it to. It’s going to find it’s way to the nearest oppositely charged ion or polarized field. Because magnetism = hard-science.

Aside from having no control over where the beam lands, when it hits it is called beta radiation. Generally, the epidermis (your outer layer of skin) or a thin piece of wood is thick enough to fully stop an electron beam. They may feel a slight sunburn sensation in the morning if they were naked when you accidentally hit them. But more likely, 20 years later they may suffer blindness due to cataracts in their eyes if you hit them in the face. 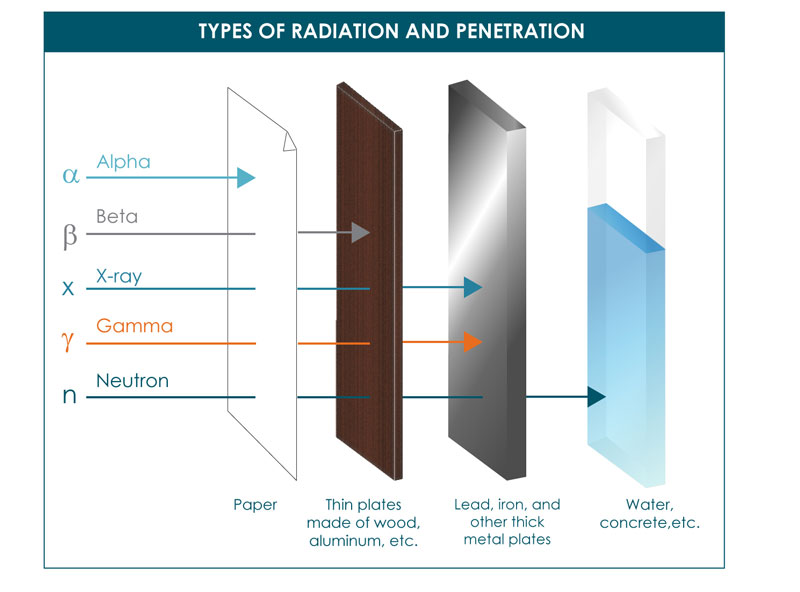 An electron pulse is commonly generated in another type of tube called a traveling wave tube (TWT). This tube modulates the velocity of the electron beam so faster electrons are shot behind slower ones causing them to clump together. But in the end they are still traveling at different velocities and they will diverge again, then clump again. But this is also only possible inside a vacuum.

When I worked in a power plant we were cautioned against manipulating certain bus transfer switches under power because they can shoot what is effectively ball lightning, which will travel in a random direction seeking ground potential. This would be the pulse you are thinking of, in essence. Shooting such a thing in a controllable direction is highly unlikely, but if you form one you need to propel it with what would essentially be a railgun. Once it leaves the “barrel” if it’s traveling fast enough it might zap someone within a few dozen meters. This weapons won’t have any penetrating power, it’s electricity. It will cause shock and/or burn damage.

You need to use non-charged particles to make an accurate weapon. But the problem with non-charged particles is you can’t propel or steer them with any known forces other than the forces which created them. For example, to “shoot” a neutron in a research collider they have to attach it to a proton first, then accelerate the pair. And then you have just shot a charged particle, with all the squirrelyness we just talked about.

There is no hard-science way to do what you want, but if you find one you will die in a hard science sort of way, according to your own link:

Their minor draw-back is the fact that each shot you fired would have the side effect of exposing you to a lethal dose of radiation. At least if you were standing inside an atmosphere when you pulled the trigger. This is because of backscatter and Bremsstrahlung.

Dredging through long-ago memories of my time in a laser lab...

One critical reason for pulsed beams for cutting or weaponry lasers is to allow literal physical detritus to exit the beampath - there's a nontrivial outpuffing of small particles, splinters and fragments, and vapour of the target material at the beam impact point as the surface reaches a boil-off temperature - you get micro-spalling and micro-explosions driving these fragments outwards - a pulsed beam means each pulse passes through largely unobstructed space to impact the target surface.

Another nontrivial reason is to do with the sheer amount of energy being passed through the beam - depending upon wavelength being emitted and the atmospheric content (water vapour, particulates etc) you can get instant ionisation of the air in the beampath - and this can then become an energised and ionised plasma channel pretty quickly. Whilst this looks impressive as hell, (and in fact can become a whole new category of weapon with sufficient modification [see beamed lighting weapons]) it plays absolute hell with your beam actually reaching its target... so pulsing helps obviate that issue by limiting the quanta of energy absorbed per unit time per unit atmospheric volume.

I once saw a very large neodymium YAG laser (2" beam apeture & 8 Watts continuous beam power) that had to be fired at the target (was being used to instantly slag very thick glass and melt in a fluorescent dye) through tubes filled with argon - they discovered during an early test firing at a test target in open atmosphere that the beam generated enough ozone, and then ionised it, and superheated it, all instantly, that they observed what appeared to be a "beam of fire" along the beampath - scared heck out of them, safety shutdown, long time to recondition the laser for next use - hence the argon isolation in all future attempts.

Pulsed lasers also avoid any heat buildup issues in the actual laser equipment, for the record.

I don't think you can draw that inference with any confidence, no - I think it depends entirely on how your accelerator is designed. Consider the conceptual and technical differences between a full cyclotron and a cavity magnetron - both were used (briefly) in early microwave ovens as the particle accelerator (kylstrons were used for larger microwave arrays) or heck include in this list the more modern equivalent of the cyclotron - the synchrotron - they all fall under the gerenal category of "particle accelerator", and each is technically vastly different.

Cyclotrons and synchrotrons spin the particles round (synchros are a true circle, the cyclotron is loosely speaking a spiral) Klystrons are linear... magnetrons use cavity resonance to generate microwaves (like blowing over a bottle lip to make that resonant whistle) and so they all loosely do similar things, each is vastly different in working principle, underlying technology, power requirements, continuity of power use, and conversion efficiency.

So for example, anything which is synchro or cyclo based will not get any benefit in heat management from a pulsed beam, as the particle accelerator would be running continuously, and only intermittently allowing egress of particles... whereas a linear accelerator, or some super high tech solid state klystron equivalent would benefit from an oscillating output.

Caveat to all this: I am NOT an electrical engineer, thermionics engineer or resonance engineer, and my exposure to Klystrons, magnetrons, cyclotrons, synchrotrons et al are all based on growing up with a father who was an electrical engineer and thermionics engineer. So I grew up with vacuum valves around the house, and frequent discussions of the history of thermionics development and the use of such devices in experimental tropospheric scatter radio stations in the pre-satellite era attempt to get beyond horizon communications links developed.

This answer comes from more of a video-gaming background than a physics background, but a pulsed particle burst typically means a heavy, punishing ball of particles that does a lot of instant damage. Usually those move at speeds comparable to conventional projectiles and you need to aim ahead.

A beam particle weapon is typically continuous and hitscan (hits instantly or travels at relativistic speeds). Continuous beams tend to have lower power efficiency than pulses or bursts - that's why they aren't often seen on single-seat fighters.

A pulsed burst is always going to be more efficient. Think of a pulsed burst as throwing baseballs at a given speed at something you really don't like. Next, think of the continuous beam as throwing a stream of golf balls in the same manner such that the overall mass per second thrown is the same across both situations.

The baseball is more likely to do serious damage, especially against armor. The big advantages to using a beam particle weapon is that you can sweep it over structures to cut them and you don't have to wait for a recharge if you miss.

If you want to get all your electrons to arrive at the same place, you need to account for any interference from magnetic fields.

Pulse would fire a discrete projection alike a burst. The accuracy would be better since the deviation from impact is stable.

Now a beam would get whacky. A human has a pulse, which is why snipers are trained to fire between heartbeats.

If you are firing at extreme ranges, above and beyond 5 kilometers, a minute or arc (MoA) is a lot.

So your heartbeat will mess the grouping on a beam. Now on the doctrine of hitting the intended target, more projectiles = more chance to hit.

The issue may be a sniper Pulse working in tandem with a gunner holding a BEAM machinegun.

Not the answer you're looking for? Browse other questions tagged technology weapons hard-science .