How to build a Nuclear Pistol?

I came across the design of a nuclear pistol from a deviantart artist, shown here: 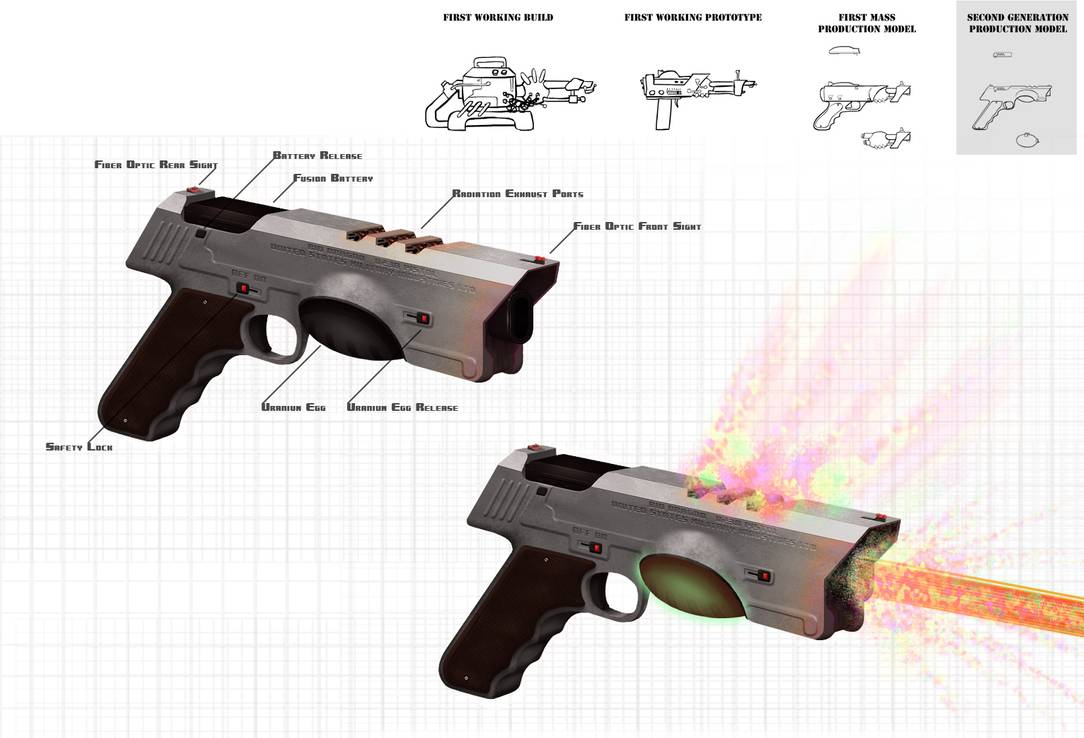 I want to know if this can actually be built.

The “egg” needs not be uranium, which has a huge critical mass, and can use another material with less critical mass such as californium or americium. There is no care about how much are made. Assume that there is enough for one egg.

Also, the fusion battery can be replaced with a nanobattery, a quantum battery or a lithium-air battery, whichever is most portable.

The gun is also laced with Starlite to ensure that it does not melt.

The only problem I am seeing is how the radiation beam is produced in the first place, which I now seek help with.

If the beam is supposed to be ionising radiation (gamma / neutrons) you could have a critical mass of your chosen element contained in a strong and heatproof container (probably ceramic rather than starlite as it needs strength) configured like a sphere but with a channel for a control rod down the middle. With the control rod inserted the beam is off; with it removed the element goes critical and emits gamma and neutrons. However neither of these can be effectively focused, so you will need very effective shielding in all directions except down the barrel. This will require a lot of shielding and will not be portable. Also, the gun will get extremely hot as a critical lump of uranium / californium generates a lot of heat!

This kind of thing works much better on a bigger scale. You don't even need a refined element, if you take a (real) nuclear storage flask full of vitrified highly active waste and remove the lid, a beam of (order of magnitude) 1000Sv/hr will shine out of the end. This is sufficient to give a person a lethal dose in 3 seconds. A giant battle robot could have these mounted on arms or turrets and scan the battlefield for enemy soldiers and zap them.

First, the idea is old in 1950 , the M-28 or M-29 Davy Crockett Weapons System was created, which was a tactical nuclear weapon, composed of a non-recoil cannon that fired the M388 nuclear projectile and was deployed by the States United during the Cold War. It was one of the smallest nuclear weapons systems ever built, being named after the American soldier, congressman and popular hero Davy Crockett . 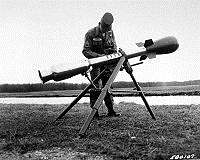 ( This happens when you mix engineering and cocaine)

I will leave the link https://es.wikipedia.org/wiki/Davy_Crockett_(nuclear_device)

The important thing is two things

1 this thing is very close to the minimum effective size and the power of a fission weapon , that is, it cannot make it smaller because of the issue of critical mass

The “viable” form of this weapon is the feel of a 914 mm caliber barrel with a length of 3 meters. The detonation chamber has walls of 2 mere thicknesses in three layers. 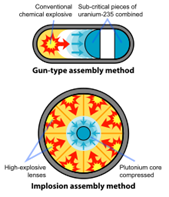 This will cause a nuclear explosion that in the vacuum of space will not create shock waves but a beam of radiation when used inside this cannon. This is the only way to make that weapon “viable” (suppose you find out how to take all that weight into clear space) I apologize for the google translation I speak Spanish

There is no viable fission device which would work in the fashion described. The closest thing I could discover is a fission fragment reactor which shoots energetic fission fragments from the opening in the reactor, providing either a rocket or an energy source for an MHD generator. 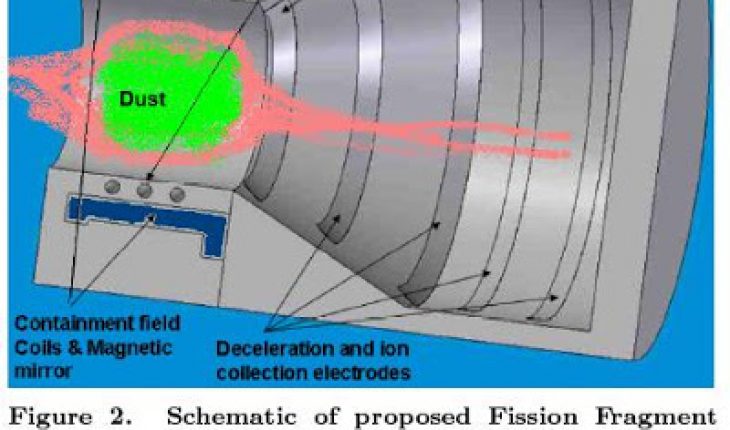 If you decided to neglect the shielding, this might be somewhat portable (like an artillery piece is portable), you would still need to make provision for some sort of very efficient cooling system, either large radiators or pumping a coolant around the reactor chamber and venting it in an open cycle arrangement. The output is a beam of energetic fission fragments moving at about 1% of the speed of light...

The other method of creating a nuclear "gun" is to find a way to do aneutronic fusion. The reaction of 3He + 3He ends up as an energetic beam of Alpha particles (Helium nuclei) moving at a considerable fraction of c. Of course even Dense Focus Fusion, IEC or MTF fusion devices, while smaller than the aircraft carrier sized ITER reactor prototype, are still about the size of small cars to medium trucks, depending on the configuration, and like the Fission Fragment reactor, would also be intensely radioactive in operation (although through the emission of X rays and the release of neutrons in side reactions).

So there are ways to create a "nuclear" weapon that shoots a beam of high energy particles, but there does not seem to be a way to make this "pistol" sized.

Not the answer you're looking for? Browse other questions tagged weapons hard-science nuclear-weapons or ask your own question.

10
How to create a nuclear explosion localized to only a few square feet?
15
How to build a tank equipped with a 1 GJ railgun
21
How long could a nuclear warhead remain functioning underground?
2
Can a liquid mercury pistol flamethrower exist?
0
Can someone with a better understanding of physics review or correct my design of a hypothetical fusion reactor for space vessels?