How much energy do plants produce?

Consider a magic system that follows the Eragon model; "doing it by magic takes just as much (biological) energy as doing it the mundane way".

In Eragon, magical energy can be drawn from other living things besides the caster. Thanks to questions such as How much can a magician lift if constrained by her own body's energy?, Magic and physics with human power output and How can wizards do such powerful things running on pure human metabolism?, we have some general idea of how much energy animals (including humans) can contribute for this purpose.

What about plants? Eragon is stated to also draw magic from grass and trees and such, but is this realistic? If I had a "magic converter" that could be hooked up to some plants and losslessly convert their "energy" into electricity (or whatever, really; I'm using electricity because it's a form for which we're used to thinking about measurable energy), how many watts could I reasonably expect to produce, continuously? (If any?)

Since the above is probably too non-specific, let's talk numbers for some specific producers:

Note 1: it's okay if this process (while active) stunts the plants' growth, but it shouldn't kill them.

Note 2: I did find this article which, if I did the math right, appears to claim that "a one-square-meter garden" can generate about 3 watts; is this plausible? (It does go on to say that "15 square meters [...] would be enough to charge a cell phone", which is hardly impressive.)

Note 3: For comparison purposes, a human is probably good for around 50-75W. I'm guessing other animals are at least in that ballpark (adjusted for mass, obviously!).

Let's take a plant with C4 photosynthetic pathway in a tropical zone for some quick maths.

Average insolation in a tropical zone is ~400 watts per square meter. Photosynthetic efficiency on wikipedia gives us a high of 6% actual efficiency (not theoretical) at converting solar energy from our sun due to many factors such us how much of the sunlight's radiation can actually be used by photosynthesis.

This gives us an average of 24 watts per square meter a year converted into biomass which can be utilized by your magical catalyst to do work. The efficiency of your catalyst could bring this down further.

You can store the energy produced by your plants, as they do so themselves anyway as biomass. They will not just store 24 joules an any one time, they will keep storing up to 24 joules every second. The maximum energy stored in the plant would be greater than the rate at which it can store it. The rate at which you convert biomass to magical work will depend on your magical system, including efficiency at conversion and the conditions which allow the biomass to be converted.
Does your biomass need to be in contact with a physical catalyst, or just in a general location within the plant?
Since its magic, your catalyst doesn't have to act like a chemical where it needs to make contact with the reactant to get it going.
You could literally just have an organ where all the energy stored as biomass inside it gets converted at once, in which case your rate of conversion would depend only on how much biomass you can put in there at once and its energy density and the efficiency of the conversion from chemical energy to magical energy.
If for example you can store 400 Joules worth of biomass in your conversion engine, and it takes a full second for your engine to complete a cycle of putting in the biomass and converting it, then you can safely say that you can convert 400 watts of power until you run out of biomass to convert.

If thats the case you could set up something like a modern combustion engine where biomass is pumped at a specific rate utilizing some magical energy produced by previous cycles to induce continued pumping of biomass and conversion to more magical energy. The rate at which you convert biomass to magic would depend on how much you pump in there per cycle. But the rate at which biomass is stored would be about the same as calculated above given that you also provide the necessary resources for you plants to continue what they do at peak efficiency.
It really isn't any more impressive than charging your phone with 15 square meters of lawn. Which honestly is quite impressive considering my phone fully charges faster than it takes for me to make it need another charge.

Keep in mind you can still choose to convert biomass at the same rate that it is being produced, but then why store the excess energy? The plant will consume the excess keeping itself alive until it runs out, then you'll need to slow down the conversion rate or turn it off entirely so it can build a surplus again.

I have plastic packet with rice seeds i bought at general store this week, and i plan to eat them for breakfast. 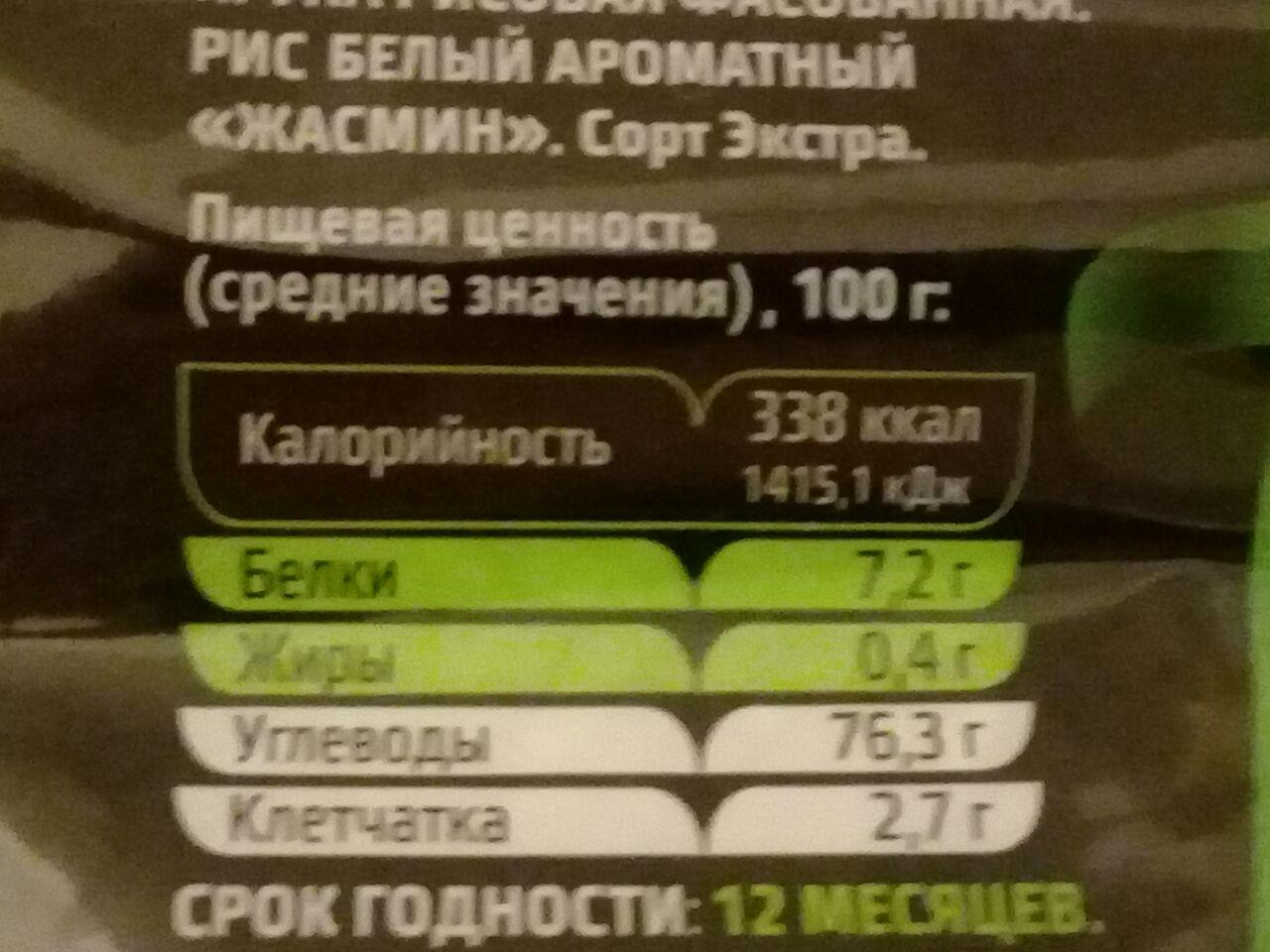 They claim each 100g of this rice (one coffe cup) gives human consumed this product 1415.1 kilojoules of energy. If we manage to fully convert this energy to heat, and considering specific heat capacity of water to be equal 4220 Joules per kg and 1 degree, we can heat 335 kg of water for 1 degree of celsius, or, warm 3.35 kg of water from freezing to boiling temperature. 3.35 kg of water its 2 big plastic cola bottles.

If we try to fully convert this energy into kinetic energy, it will allow us to make 1kg body (for example, one brick) to achieve speed of ~ 600 meters per second.

If we burn this rice, we can probably boil some water too.

So, i assume, plants can store not so much energy in them.

Here's an energy density chart. This is an amount of energy produced per kilogram of reactants. Gasoline reacting with air produces 13.3 megajoules per kilogram. And here are similar numbers for digesting food. Note: kilojoules/gram works out to be the same as megajoules / kilogram (there are 1000 KJ per MJ and 1000 grams per KG, so the conversion cancels).

In other words, if you were to eat the plants, you would get more energy per unit mass than a car would get by combusting an equivalent amount of gasoline.

TL;DR - there is a lot more energy in plant matter than many people think. You can, with a relatively low amount of biomass, easily generate enough power to do the equivalent of operating heavy construction equipment. Or to generate surprisingly large explosions - there are explosives on that energy density list, and their energy density is lower than that of carbohydrates (i.e. fruit).

According to this answer to a different question:

On Earth, a large tree on average collects maybe 200 calories of energy in a day.

(Thanks, Dan! This also gives the same answer, but could be where Dan got the number.)

That's about 2.3 watt-hours, or slightly better than a AAA battery (but only a little better than half a AA battery); maybe enough to run an under-powered cell phone under modest load. Continuously, that works out to a whopping tenth of a watt. Hardly impressive.

An adult human, on the other hand, should be able to supply around 50 watts. (Again, this is continuous, and trying to avoid radically dietary alterations; the numbers for short bursts are much, much higher.) As a magic power source, one adult human is roughly equal to one forest, or several hundred trees.

If the magic user doesn't want to totally drain (and thus, kill) plants, it's probably not worth even bothering with them.

28
How much can a magician lift if constrained by her own body's energy?
8
Would a magic-using society create living batteries?
8
What motivates this species?
6
Magic and physics with human power output
3
How can wizards do such powerful things running on pure human metabolism?

6
Desalinated water "energy density"
23
How much land area do my land-based animals (herbivores) need for food?
9
Can fiber optic cables be used to pipe sunlight into an underground bunker for growing plants?
8
Would a magic-using society create living batteries?
4
How can I meaningfully define the energy cost of magical levitation?
8
How much Power ("energy") can a human body metabolize?
2
How much energy could yeast produce?
10
Could a non-nuclear sub power itself by ocean energy?
4
How much energy would flashtubes/rods need to receive to emit a pulsed laser strong enough to kill a human at 300 yards in less than a second?